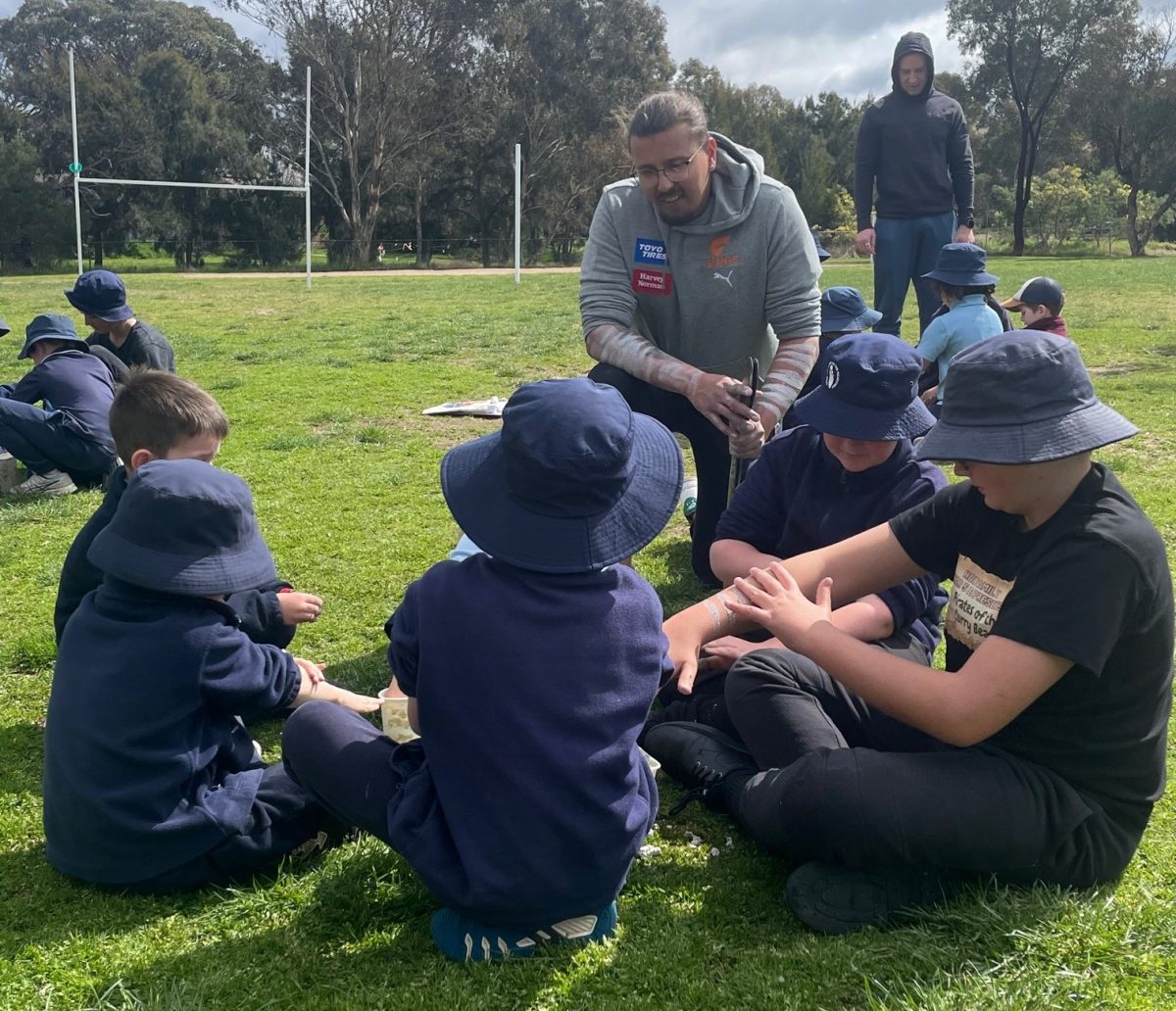 The GIANTS Harmony Program jumped the Western Sydney border for the first time earlier this year to deliver an Indigenous cultural education experience to students and teachers.

It has since delivered the program to 12 ACT schools.

GIANTS Indigenous inclusion and diversity manager Malcolm Lynch said the program met the foundation’s aim to “harness the positive influence that sport can have to make meaningful change”.

“As a club we have an important role to play in the reconciliation space,” the Tiwi man said.

“The Harmony Program promotes peace and understanding by bringing traditional knowledge of our shared Australian history to a new generation of Aussies.

“I think previous generations have been denied that, but I believe Australia is in a good place now to engage with that message and that these kinds of programs are a good mechanism to do it.”

In its current form the program is about an hour long and free of charge to participating schools.

“For all children, stories bring things to life,” Malcolm said.

“Where possible we try to connect the audience with their local stories. It can be tricky to unearth them but if we can, it allows the kids to connect with the community and Country where they are.

“Ultimately with these stories or ‘songlines’, we want to get the kids to think about their responsibilities in caring for Country. Really, everyone should be doing it but if we can get through to these kids, I think we can achieve something here.”

Malcolm said it was still early days in the ACT but there was already a waitlist for 2023.

“Feedback and response in the ACT has been amazing,” he said.

“In general at the footy club, we play four games a year down in Canberra and consider it our second home, so we’re pleased we’ve been able to connect with the community this way.

“We’ve already started making plans for sessions next year in terms of scheduling and how we can expand on the current offering because I think it’s just going to get bigger and better.” 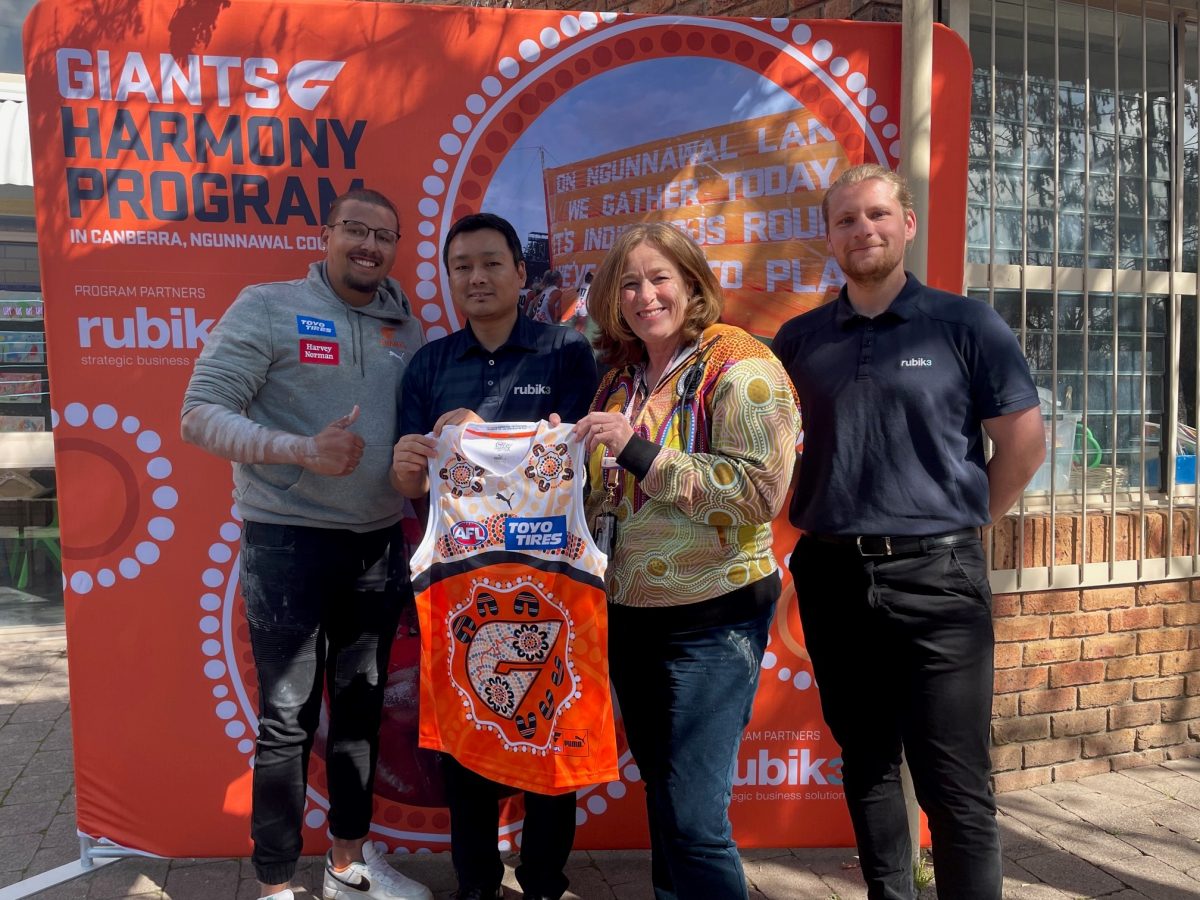 Biripi, Worimi and Wiradjuri man Josh Sly, who specialises in cultural education through Aboriginal art and educational workshops, delivered the program to all 12 schools.

One teacher’s testimonial said students from kindergarten through to year 6 loved the program.

“I can attest, after listening to the students after you left, that your program is making a difference in our community already,” it read.

“It is so important to highlight our shared Australian history, to educate our younger generation about Indigenous knowledge, culture and traditional practice so they can educate the older generations.

“Many teachers sought me out to say how enthusiastic their students were about the experience and how eager they were to share their knowledge with their classmates.

“I went into a year 4 class straight after the session and the three students who attended excitedly recalled everything Josh taught them.”

Rubik3 CEO Guy Earnshaw said the partnership was a no-brainer.

“We’d already had the chance to see the GIANTS Foundation at work when we partnered with them for Science with GIANTS,” he said.

“When they approached us about the Harmony Program, we knew right away it was another great initiative that was about giving to the community.

“The way they deliver this program is really different, really engaging. And I believe if you want to change the way the world works, you have to do that through the lever of children.

“We’re cheering them on from the sidelines, and I hope all clubs follow in their footsteps.”

Schools can express an interest in the Harmony Program by emailing Head of Canberra Operations Jack Masters at jack.masters@gwsgiants.com.au 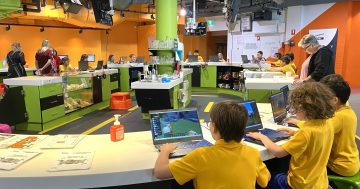 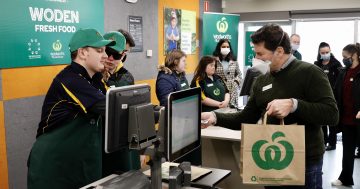 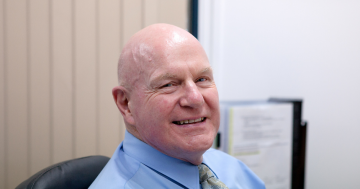