ACT U/14 Girls take out National Pool B 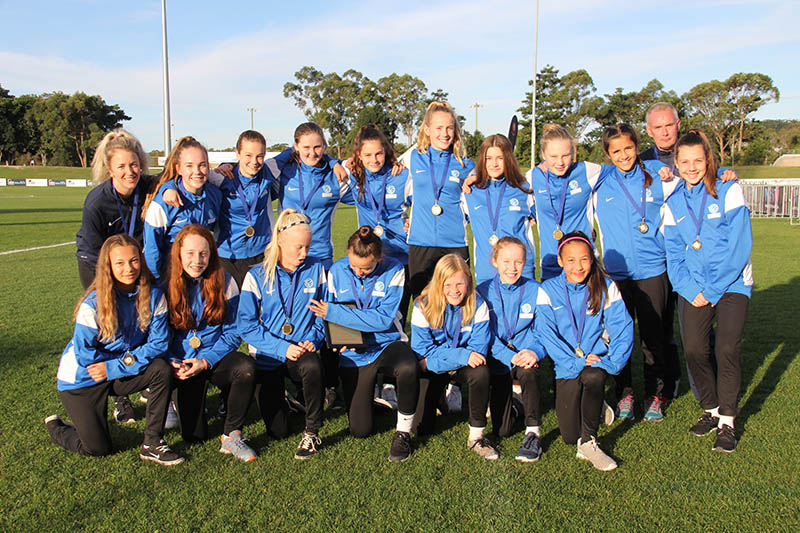 The U/14 ACT Girls after taking out Pool B at the NYC in Coffs Harbour.

Capital Football’s U/14 Girls side were crowned Pool B Champions at the Westfield National Youth Championships for Girls in Coffs Harbour last week.

Having not dropped a point all week throughout their Pool, the side produced a strong draw against Pool A heavyweights NSW Metro to finish off the week.

The Capital Football U/15 side also performed strongly throughout the week, pulling out some strong wins in their campaign.

Capital Football CEO Phil Brown said the performance of the U/14’s was a great indicator of the talent level present in the ACT & surrounding region.

“Going the entire week undefeated, including a draw with NSW Metro, is a fantastic effort,” Brown said.

“It really goes to show the talent we have in female football in the ACT, which is displayed every weekend through our clubs competing in our PS4 National Premier League Women’s competition.”

U/15: Our first match ended in a narrow defeat, as an early goal from Victoria was enough for them to see out the match.
Victoria 1 (B. Michael 14′) def. Capital Football 0

U/14: Our U/14 side are now two wins from two matches, as they pushed to a convincing win over the Northern Territory on Tuesday afternoon.

U/15: Our U/15 side split their two matches on Tuesday, notching up an impressive win over Queensland in the morning, before going down to NSW Metro by two goals on a short turnaround between matches.

U/14: The Capital Football U/14 side continued their good form on Wednesday, now sitting on a perfect record from three matches after a 4-2 win over NSW Country! Great effort girls!

U/15: Our U/15’s unfortunately came unstuck in a tough battle against Football West, going down 2-1 after taking the lead early on.

U/14: Four from four! A 2-0 win over Football West means our U/14 side maintain their perfect record heading into the final day of competition!

U/15: It was a mixed day at the office for our U/15 Girls, flying out of the blocks with a 3-0 win over NSW Country before they went down 3-1 to Northen NSW later in the day.