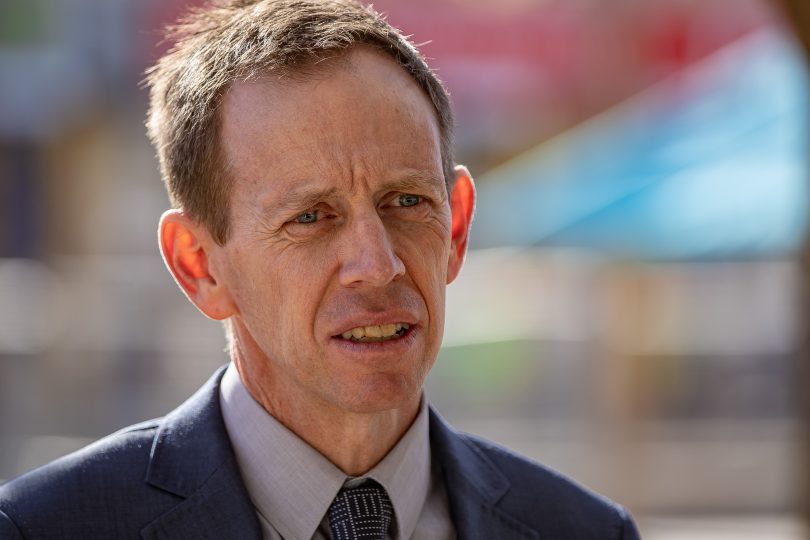 The ACT Government will stick with its road rule which commands drivers to slow down when passing emergency service vehicles on the side of the road, despite NSW adapting its laws to make it “safer for everyone”.

As of Thursday (26 September), motorists in NSW will only be required to slow down to 40 km/h when passing stationary emergency vehicles when the speed limit is less than 90 km/h.

On roads with speed limits over 90 km/h, drivers will need to slow to a speed which is “safe and reasonable for the circumstances” and give sufficient space between their vehicle and the emergency vehicle.

After completing a 12-month trial, which saw over 900 infringements issued, NSW Roads Minister Andrew Constance said the NSW Government made changes to its law to help avoid “unsafe practices like hard braking”.

“We’ve monitored the impact of the rule over the past year and taken on board feedback from the public and stakeholders about the trial,” Mr Constance said. “We are now implementing changes to make the rule safer for everyone.”

When asked if the ACT Government would consider implementing the same changes as NSW, Minister for Road Safety Shane Rattenbury said he will monitor the current road rules to see if they are having their intended impact.

“For our police and emergency services workers, this is their workspace and they have a right to feel safe in their working environment,” Mr Rattenbury said. “It’s a simple message – when you see flashing lights ahead, slow to 40 km/h to protect those who protect you.

“The ACT will continue to monitor developments in other jurisdictions and whether the rules as they currently operate in the ACT are having the intended impact and protecting our community.”

Drivers who fail to slow down to the required speed may face a penalty of two demerit points and a fine of $257.

An evaluation report of the NSW trial found that the 40 km/h limit around emergency vehicles increased the risk to drivers, particularly on high-speed roads and in the presence of heavy vehicles.

The report also said there were generally negative public perceptions of the trial rule and its implementation, with only seven per cent of analyzed comments positive about the trial.

Earlier this year, NRMA also called for a review into the law, stating that there needs to be a commonsense approach.

“It is really important that we take a commonsense approach to this policy, which means sensibly slowing down and allowing space to emergency services who are on the side of the road, but not in a way that puts your life at risk or others at risk,” NRMA spokesperson Peter Khoury said at the time.

“The whole purpose of this policy was to change behaviour and to make people aware of the risks. It doesn’t mean trying to get from 100 km/h to 40 in five metres because that is dangerous.

“Instead it means slowing down sensibly and giving people space.”

Police need to use common sense when they pull over a speeding car. Don’t block half a lane of a 100km rd e.g. Tuggeranong Parkway. This is going to be dangerous even without the slow down to 40 rule.
People are cautious when they see flashing lights. This rule is pointless and not safe on busy high speed roads.

Canberra: first to adopt a stupid rule, last to drop it.

I can’t remember the last time I saw a copper booking someone, mostly speed cameras. If they have their flashing lights are we to slow to 40?

Is Mr Rattenbury ignoring stakeholders feedback on this law? Last February (see Riotact 6 Feb 2019) the Australian Federal Police Association (AFPA) and NRMA called on the ACT Government to review the law, “saying it causes more danger on Canberra roads”. AFPA president Angela Smith said “she had spoken to police members who have witnessed countless near-misses due to drivers rapidly decreasing their speed and nearly causing collisions”.

Has Rattenbury used this information in his decision on not adopting the changes made by NSW?

Laws should be the same across borders (in most cases) which removes confusion resulting in less accidents. How many accidents on the Tuggernong Parkway (when motorist decelerate from 100 km to 40 km) are needed before ACT adopts the new changes NSW has made?

Relatively simple solution; all emergency vehicles to have an accompanying warning truck with flash lights and signage directing traffic into the other lane.
It’s no sillier an idea than the one we are all commenting on here.

Unsafe, ridiculous law. Should be changed.

Yeah, let’s have different rules for everyone. At least when it causes an accident somewhere the emergency services will be nearby!

It’s such a stupid law.. so man near accidents. You can’t see the lights when you’re 50 meters away… then people realize and slam on their breaks.

The concept had merit, but it just puts more people at risk.

Another reason why self government should be abolished and Canberra should adopt the laws of NSW.

So Victoria is 40 for emergency vehicles, NSW is for emergency and yellow lights over 90, but not 80 however where safe you should change lanes. The Act will follow Victoria oh and SA is 25 km around emergency vehicles….well nicely f@#ked up everyone , politicians are the very worst of us are they not? Revune raising arses, if they actually wanted to consider everyone’s safety, first thing would be to nationalise the laws.

Happened while I was driving on the Hume a few months ago. Coming over a rise on a slight bend, cop on side of road booking someone, 3 semis (two singles and a b-double), a ute and trailer, around 6 cars, all braking, swerving, and changing lanes, to miss each other, because two cars in front tried to brake from 110kph to 40. Blind luck no contact was made. Stupid rule!!!

This government needs to go

Rattenbury, has no plans full stop

Dear Transport Minister…do you drive? You should try slowing down from 100k to 40k in the Tuggeranong parkway. Try it sometime and let us know.

McGoogan Guy – still the 40km law in the ACT XO

I almost had someone up my bumper slowing down around a bend on the parkway (and narrowly missed the car in front who also slammed on the brakes) following this extreme rule.
I guess the cop makes a good witness for the accident next to them, if they don’t get injured in the process 🤦🏻‍♀️

Revenue raising, Barr humbug and co.. vote them out!

Yep makes sense , let’s have completely different rules within a small area contained within a large state. It’s not like people from NSW ever drive through the ACT

There’s also the interesting difference between NSW and the ACT regarding school zones – why we need an all day speed reduction for high schools and colleges is difficult to understand.

On the weekend while traveling on the Hume Highway at a speed limit of 100kph, a speed police car passed us, and some time later pulled an errant motorist over. The place they stopped was around a curve, and if the requirement had been to slow to 40kph I am sure they would have had a multiple car pile up to contend with as well. As it was, both lanes came to a slower gradual stop, so passed at about 60kph.

of course they won’t change the laws . . . . its a revenue stream for them, nothing to do with safety.

Common sense prevails in NSW but not in ACT. No need for the law to exist as it’s clearly confusing and dangerous at highway speeds. Just driving between Canberra and Sydney people are slamming on their brakes for any stopped police car, while the majority of traffic continues on at 110kmh.

Absolutely stupid. Laws must be reasonable or they will inevitably be ignored.

The ACT law is unsafe and unworkable.

When driving in America, I find that their laws for similar situations work much better and are universally observed: vehicles move to the lane away from the stationary vehicles and maintain speed.

Peter Mackay yep – I agree. It works well over there, and works well when adopted over here.

Of course it will…
What else would you expect from these colossal muppets…..

Harmonised road rules will make it safer for everyone 🤦‍♂️

I have been pretty much doing what NSW has now legislated anyway. At those speeds, slowing to 40 km/h is akin to suicide when riding a motorbike. Also, the worth of the humble NRMA patrolman or towie is less than a firie, ambo or copper in the ACT compared to NSW. wake up Shane!

Leon Konkoly I can slow very quickly. Much quicker than the “Bob the Bogan” tradie immediately behind me usually on the phone and eating a burger.

Disband the ACT. hand it all back to nsw except the circle around parliament

Christopher Mawbey the NCA has the triangle and for some reason they like to control decisions outside the triangle.

This is a stupid law. As the article notes “An evaluation report of the NSW trial found that people found that the 40 km/h limit around emergency vehicles increased the risk to drivers, particularly on high-speed roads and in the presence of heavy vehicles.”

Martin Leonard I re- read it and found the link. Far from the most informative report, and I’m not committed enough to go digging deeper than that.

Damien Harrop Okay, so why are you telling me?

More cyclists got hit when they did the “you can ride though intersections”, they didnt care trial became law.
Motocyclist filtering.. Now you see the all the time filtering at 100km/h and driving dangerous.

Slowing cars down is their priority. 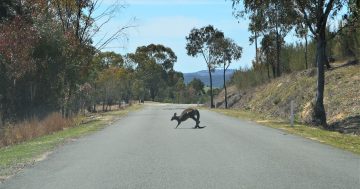 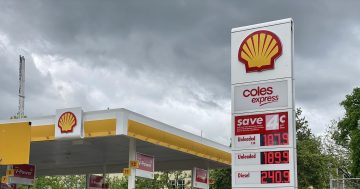