ACT Attorney-General Shane Rattenbury has announced the appointment of a dedicated coroner to help reduce the length of coronial inquiries and modernise the ACT’s coronial process. Photo: Dominic Giannini.

Almost $4 million in the upcoming ACT Budget will go towards reforming the ACT’s coronial system, with the appointment of a permanent coroner comprising a large component of this.

According to ACT Attorney-General Shane Rattenbury, a dedicated coroner would help modernise and speed up the way the coronial process within the justice system operates.

Under the current system, grieving families can often be left waiting for prolonged periods to receive answers from a coronial inquiry, which Mr Rattenbury said only serves to make the process more traumatic and challenging for them.

It is understood it has previously taken between five and eight years for findings to be made for some coronial matters.

A total of $3.2 million will be provided over four years to fund this dedicated role.

It’s news that has been welcomed by a long-time advocate for the Alliance for Coronial Reform Ros Williams.

Speaking on behalf of the alliance, she said all members are pleased to learn of the appointment of a dedicated coroner. 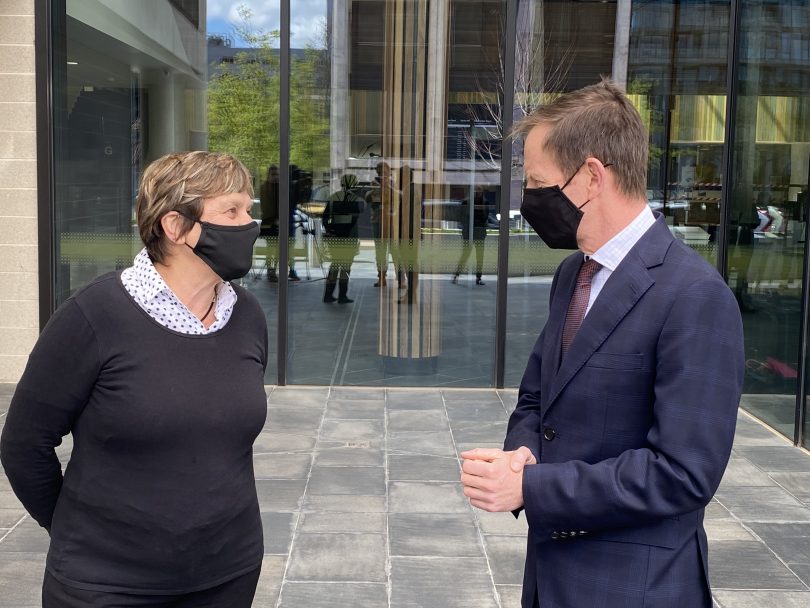 Ms Williams has firsthand experience with the coronial system. Her son, who had a mental illness, died in traumatic circumstances 11 years ago this week, but she says it took around three years following his death for the coronial matter to be addressed.

“During that time, we felt as though the coroner’s court wasn’t a particularly welcoming place for families,” she said.

After speaking to other families who had similar experiences, Ms Williams became passionate about seeking reform in this area.

“Speeding up the process is very important for families because it’s very difficult to move forward if you have this coronial investigation coming up,” she said.

Around 300 cases a year go through the coronial system, but Mr Rattenbury said this is a number that has been steadily increasing during the past few years.

Ultimately, he said reform is needed to ensure the process is more restorative, less legalistic and an easier system for families to find out what happened to their loved one.

Mr Rattenbury acknowledged that for many grieving families, a coronial process can be their first interaction with the court system.

He said he does not believe it is fair for these families who are already in pain to be kept waiting for answers.

“As well as reducing the wait times for coronial cases to be resolved, a dedicated coroner will ensure families and friends are better supported throughout the difficult process,” said Mr Rattenbury.

Coronial duties are currently undertaken by the ACT’s eight magistrates on top of their other work.

“Having a dedicated coroner will mean we have someone who can build up a system of practice [rather than needing to rely on individual approaches],” said Mr Rattenbury.

ACT Chief Magistrate Lorraine Walker also welcomed the news, saying the position will help to develop a more structured and streamlined approach and allow for important therapeutic and public safety functions provided for in legislation to be developed in a manner consistent with current best practice.

According to Mr Rattenbury, it’s not just bereaved families who will benefit from the reform, but also police, ambulance services and anyone else required to give evidence.

Other ACT Budget allowances include the appointment of $432,000 for a full-time Special Magistrate for a year. The role is intended to help reduce court wait times and clear the ‘backlog’ in the system.

Mr Rattenbury said long wait times are being seen, due in some part to the difficulty of operating the courts during the COVID-19 pandemic.

A separate $206,000 in 2021-2022 will also support additional positions within the Director of Public Prosecutions and Legal Aid.

Mr Rattenbury said further coronial reforms are also anticipated in the near future, and he hopes the new coroner can contribute to these discussions where the separation of powers allows for it.