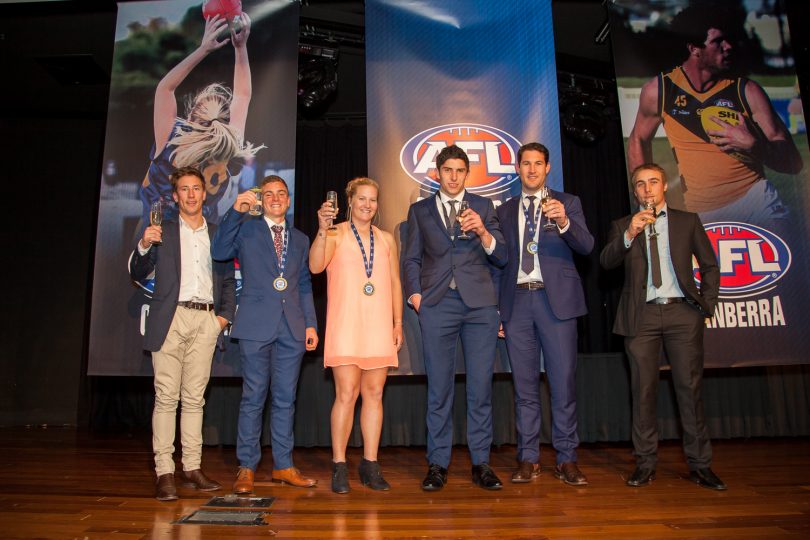 AFL Canberra kicked off this week with the Mulrooney Medal Awards at the Canberra Southern Cross Club. It was an evening of high fashion, anticipating vote counts and celebrating achievements, traditionally held on the Monday night before the Grand Finals.

This year more than 300 players, coaches, umpires, administrators and volunteers walked the red (and turf green) carpet to enter the awards night, which is the highlight of the AFL Canberra social calendar. 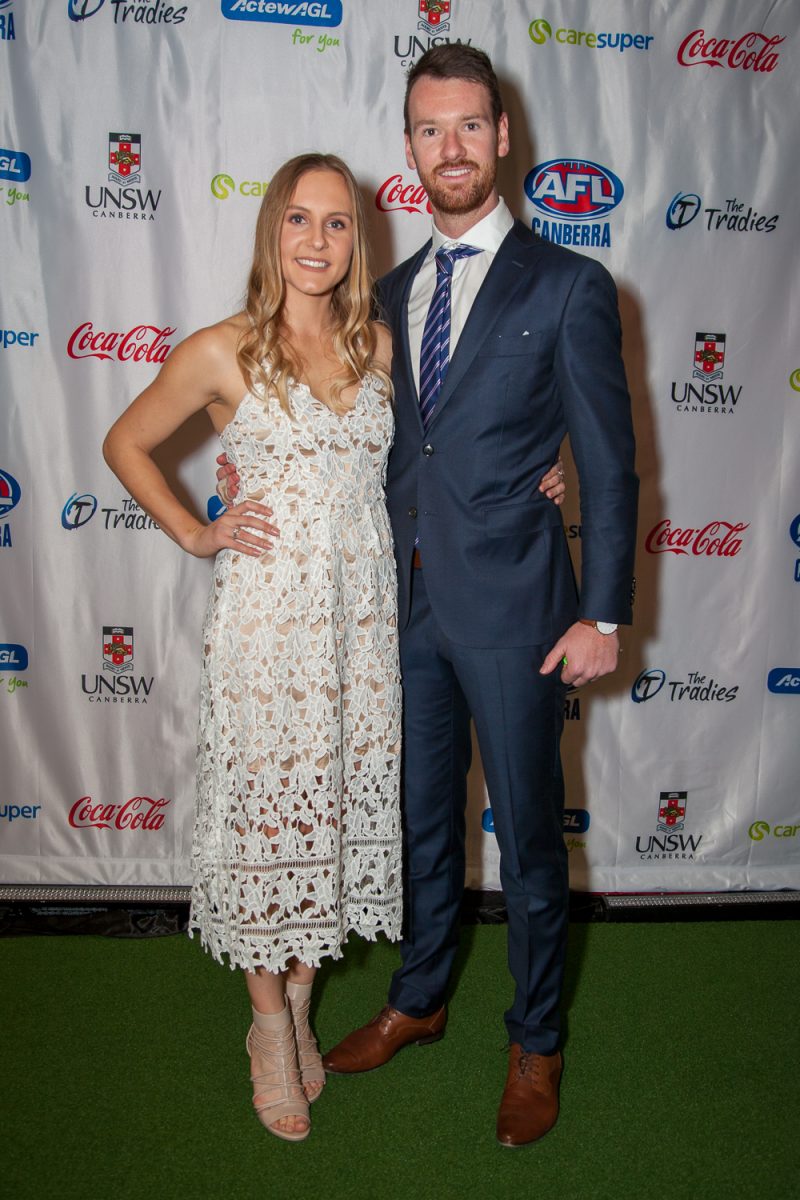 Ready for the highlight of the AFL Canberra social calendar. Photo: Doug Dobing.

Television presenter Natalie Forrest was the master of ceremonies for the night that recognises the outstanding achievements of players, coaches, umpires and volunteers for their contribution to the season.

Player of the Year

The 2017 Player of the Year award was re-introduced this year for both Men’s and Women’s 1st Grade competitions, based on coaches votes for each round of the home and away season. 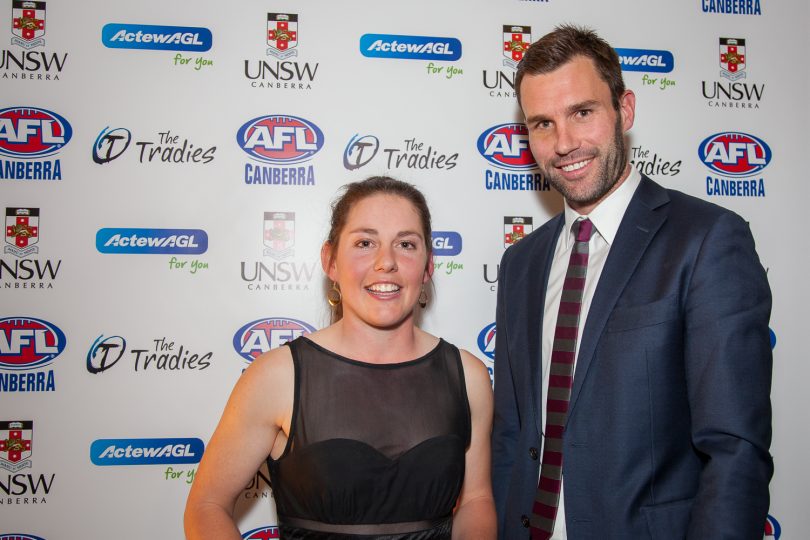 Women’s team of the decade

A feature of the evening was the celebration of the 20th Anniversary of the AFL Canberra Women’s competition. Starting in 1997, the competition has grown to 11 teams. A short video highlighted the past 20 years of women’s AFL in Canberra.

To celebrate the milestone, the AFL Canberra Women’s Team of the Decade was announced.

A special guest of the evening was inaugural AFLW Premiership coach Bec Goddard. Ms Goddard has made a significant contribution to AFL Canberra as a player, coach and umpire.

Ms Goddard was named Head Coach of the AFL Canberra Women’s Team of the Decade.

In recognition of his valuable contribution to the AFL game, Ms Goddard also awarded the 2017 Rebecca Goddard Community Umpiring Award to Dale Puren. 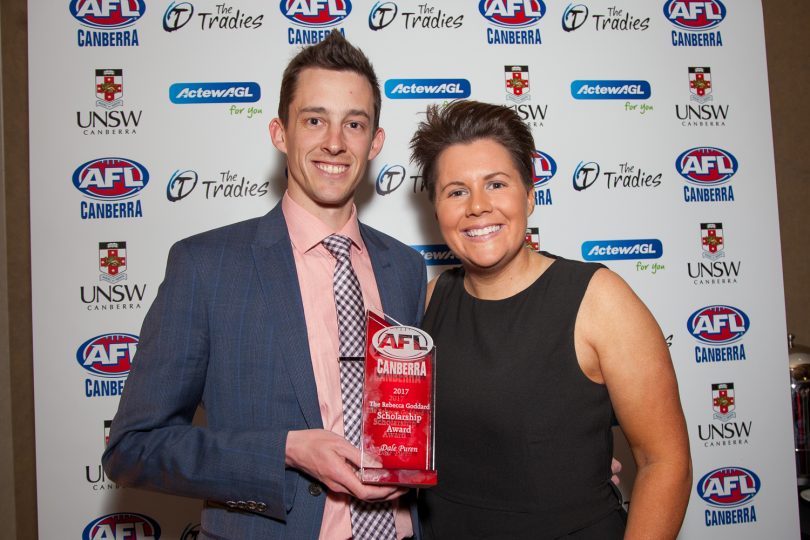 Ainslie Football club 1st Grade coach Chris Rourke joined the 200 Club, as recognition of his coaching of 200 games over the past decade with the Ainslie Tricolours. 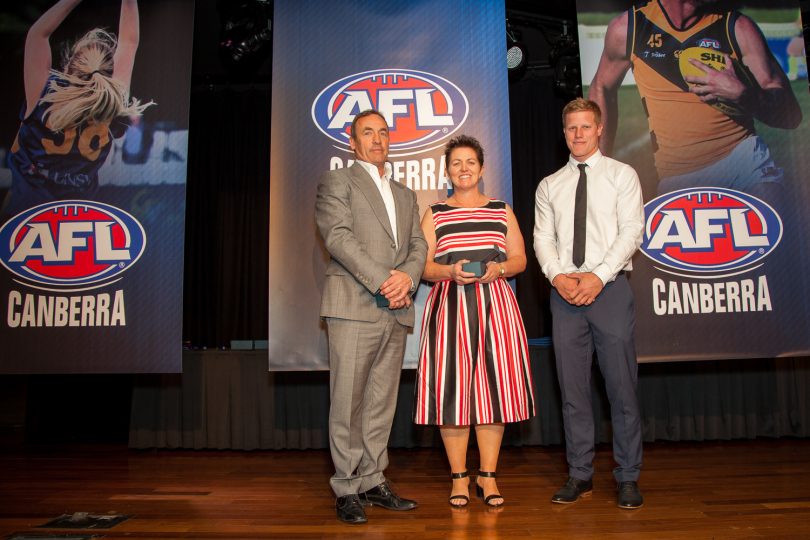 Craig McLeish (Tuggeranong Hawks) was awarded the 2017 NSW/ACT Volunteer of the year. 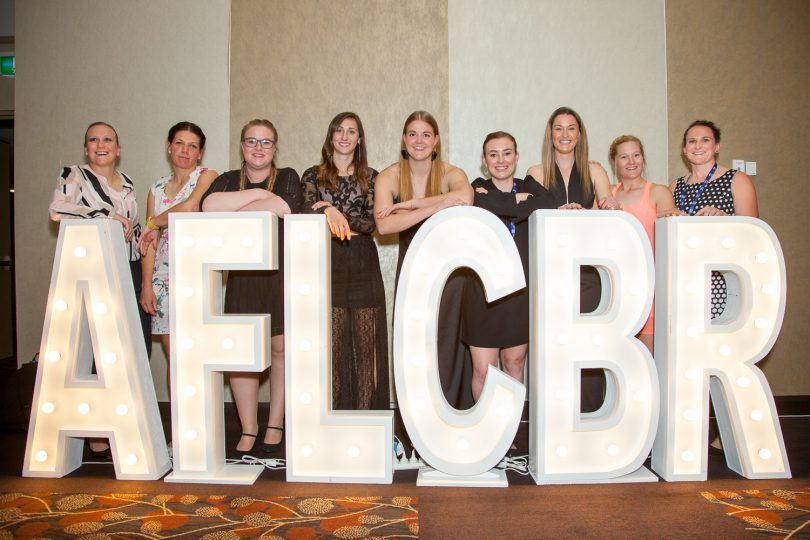 A full list of award winners of the night can be found by clicking here.

Despite snow and the Canberra chill, huge crowds cheered on the intense AFL Canberra Preliminary Finals round last weekend.

This weekend will showcase the best teams in the competition as they play off in the AFL Canberra Grand Finals to claim the 2017 Premiership cup.

Join us this weekend to cheer on the greatest game on earth. Who do you think will win? And which teams will you be cheering on? Let us know in the comments below.