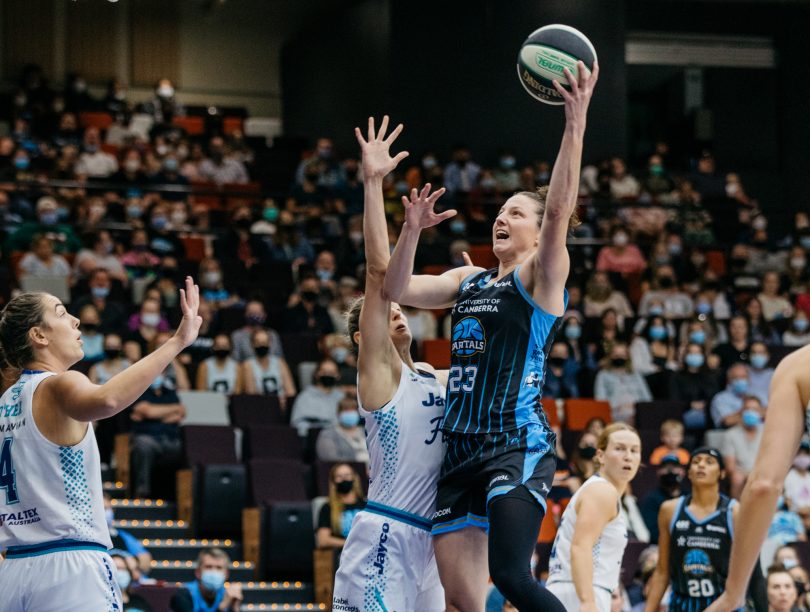 It’s been a turbulent two years for athletes around the country, but University of Canberra Capitals team captain Kelsey Griffin is encouraging young sportspeople to stay on track and “find joy in the journey”.

In what she describes as “the most challenging year of her career”, Griffin has spent more time off the basketball court than on it, but she says being a good athlete isn’t just about winning the grand final or achieving Olympic glory.

With border lockdowns, stadium closures, game cancellations, sporting bubbles and COVID-19 outbreaks among players and staff, she says the past two seasons in the Australian Women’s National Basketball League (WNBL) have been tough, especially for her younger teammates.

“A lot of team members work on top of playing, so having that constant uncertainty about where, or if, we would be playing was hard. The players had to be so adaptable,” Griffin says.

“Athletes are by nature quite habitual and lead very structured lives, so the constant disruptions were incredibly taxing on all players.”

Griffin drew on her own life experience to help get her Caps teammates through the rough patches.

“Trying to lead my team has been quite exhausting,” she says.

“I really feel for the new players. I’ve been fortunate to have had a long career and I’ve been trying hard not to overburden or weigh down younger players with off-court issues so they can enjoy their careers.”

She is encouraging fellow Caps players and up-and-coming athletes across all sporting disciplines, to focus on the journey, rather than winning – a lesson she wishes she had learnt early in her career.

“Being an athlete isn’t all about the fleeting glory of winning the grand final match or an Olympic medal, it’s about following your heart and enjoying the journey with the people that love and support you,” Griffin says.

After a basketball career spanning the globe veered her away from her first pursuit in medicine, the 34-year-old Australia Opals player “followed her heart” to Australia where she became a citizen in 2015.

“It probably wasn’t the best career move for me at the time. I could have gone to Korea or China or stayed in Europe and been paid a lot more but, for the first time in my adult life, I did what I wanted to do and coming to Australia has filled my cup.” 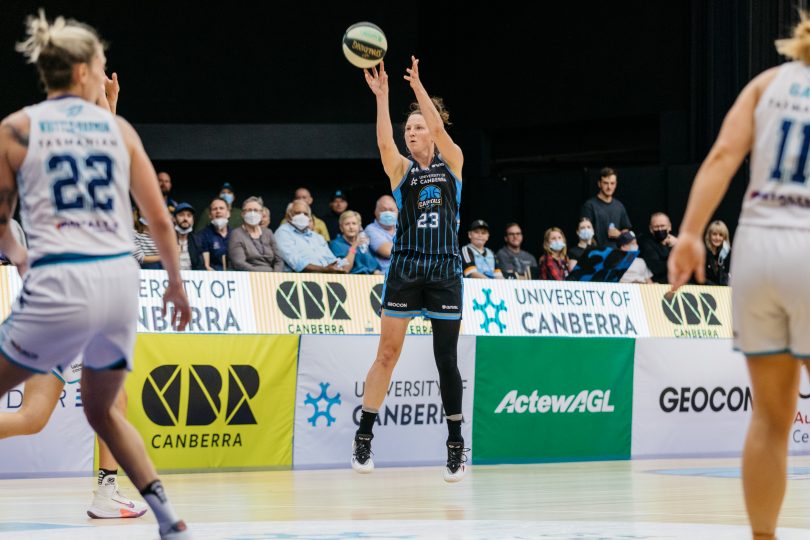 She says young sportspeople may be feeling overwhelmed or disengaged following COVID restrictions, but she encourages them to “be true to who you are”.

“As you go over hurdles and rise up to challenges and adversities, be what you want to be, don’t try to be who other people want you to be,” she says.

“Most importantly, try and find joy in the journey, no matter how frustrating or hard it may seem.

“When I look back, I wish I had found joy in each game – joy with coaches and teammates, joy in the journey.”

READ ALSO If the UC Capitals win the WNBL title, it could be the greatest performance in the Club’s history

In her 10th season with the WNBL after playing with the Bendigo Spirit for six years and signing with the Caps in 2018, Griffin has been instrumental in rebuilding the Canberra team.

Following back-to-back championship wins in 2019 and 2020 and a finals spot last year, she is thrilled to be playing in front of her home crowd once again.

“It’s absolutely amazing to be back and I have loved playing in front of the Canberra fans who have welcomed me since day dot,” she says.

A human biology teacher and head of basketball at Canberra’s Radford High School, an exhausted Griffin says she is at a crossroads and is considering how long she will remain on the basketball court.

“I know that I have a lot of basketball left in me, but I’m trying to weigh up what it is that I want to do with my career and how much energy I have to do that,” she says.

As an elite athlete, Griffin believes it’s important for her to continue pushing for positive change in the sporting community and says she feels privileged to have been involved with Canberra-born NBA player Patty Mills’ “We Got You” anti-racism campaign.

“I’ve been given this platform and it’s my responsibility to empower those around me and let them know I’ve got their backs.”

The UC Capitals take on the Perth Lynx in Game 2 of the 21/22 WNBL Semi-Final Series on Sunday, 27 March, at Southern Cross Stadium, Tuggeranong. Get your tickets from eventbrite.