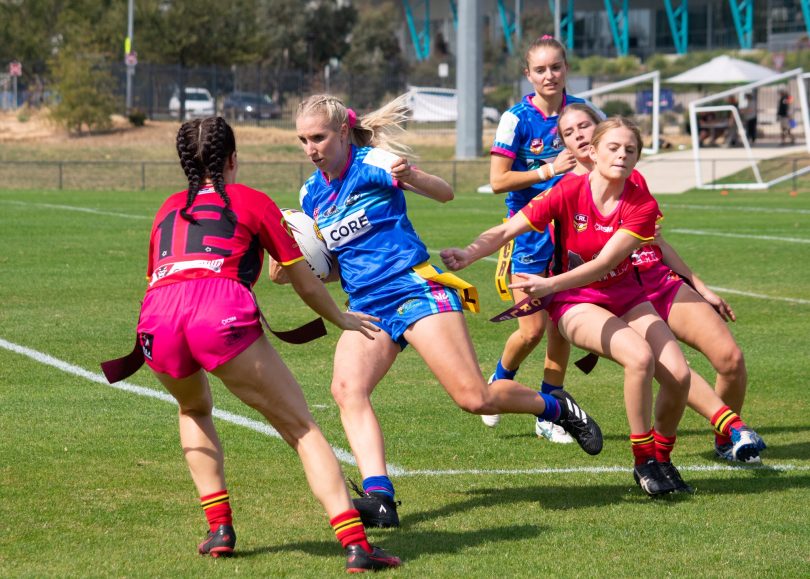 Alana Beard has had a unique and successful journey in women’s sport. Photos: Supplied.

After playing netball for 15 years, representing Australia in Oztag, taking the Gungahlin Jets to the top of the AFL Canberra tree and winning 38 consecutive games with West Belconnen in league tag, Alana Beard has learned to define success differently than most would.

Instead of looking at all the trophies and best and fairest awards on the mantlepiece at home, she defines success as overcoming fresh challenges.

Her resume would only build as she would then go on to represent Australia in Oztag, winning the 2015 World Cup before pregnancy prevented her being involved in the setup.

In 2016, she made the switch to AFL where she played for the Gungahlin Jets and captured the ACT Divison one title. She was the best-on-ground for the grand final and it was only a shoulder injury that prevented her from accepting an invitation to join the GWS Giants draft.

She switched codes again the following year to join West Belconnen for the inaugural season of the Ladies League Tag competition and ended up winning the Canberra Raiders Cup League Tag Best and Fairest. 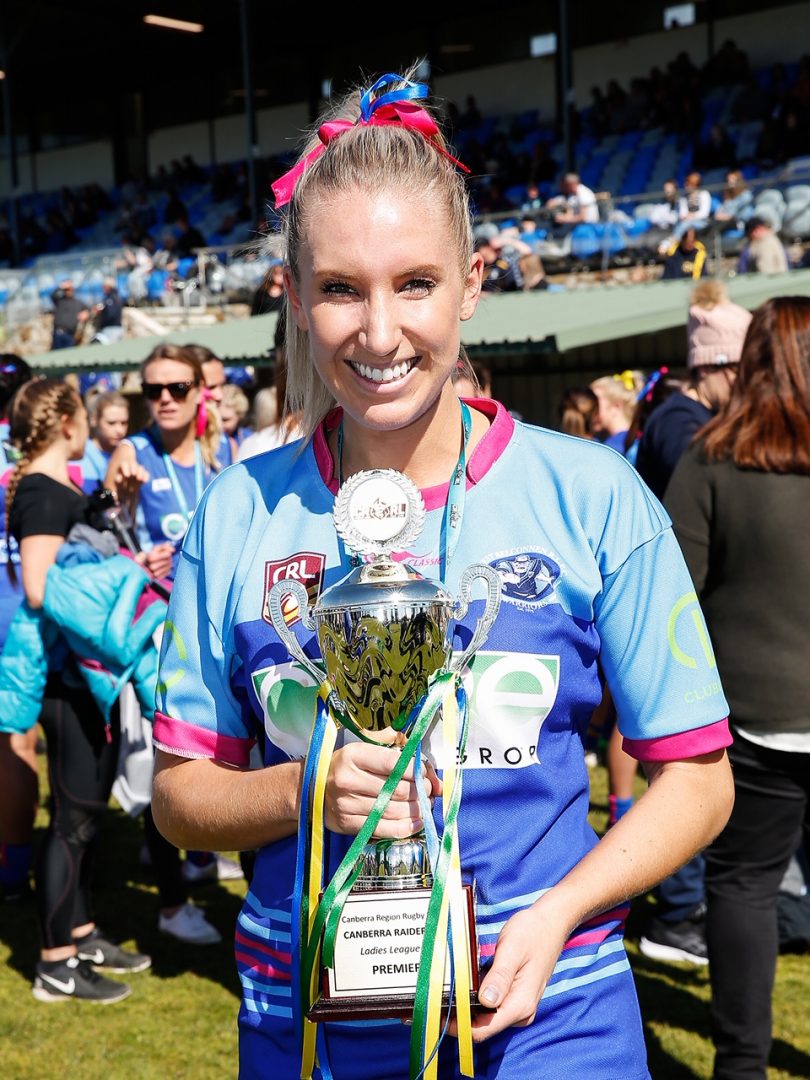 The Belconnen side is now seeking a third straight championship after winning back-to-back trophies in 2017 and 2018, with their incredible treble-seeking run including a 38-games undefeated run.

The ability to participate in three different sports at a reasonably high level is unique in its own right and Alana contributes that to different factors.

“I have always played Oz Tag so the transition to League Tag was not an issue,” Beard said. “The transition to AFL wasn’t too hard because I played netball growing up and that was my main sport.

“Netball is very similar to AFL in terms of one-on-one defence, spatial awareness, the ball being able to travel back and forth and a lot of hand-eye coordination. I like to constantly challenge myself and I don’t think you ever get to an age where you think you can’t learn anymore. 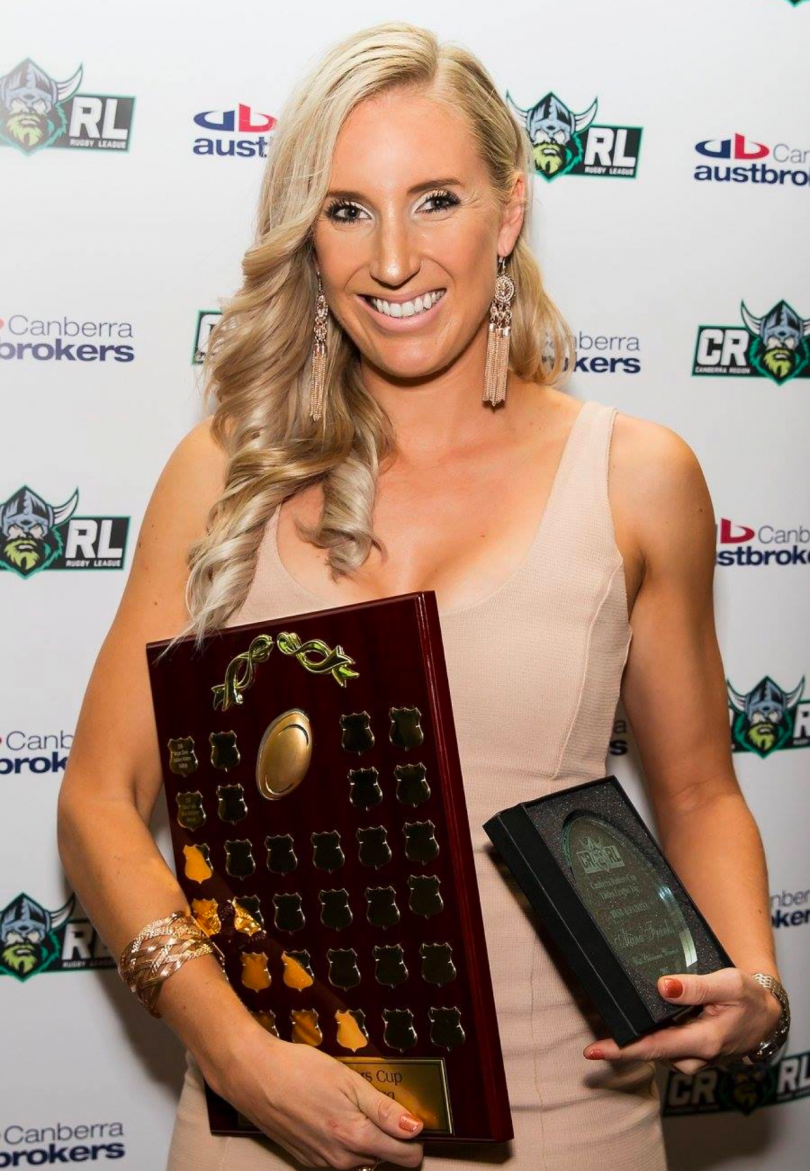 “I have just tried to keep challenging myself and I have found that if you aren’t having fun then you can’t learn, so no matter what I do if I’m not having fun then I’m not going to succeed.

“As long as I keep having fun, enjoying and playing with the girls around me then I find it quite easy to be successful.”

Beard suffered a second ACL injury to her left knee at the start of this month, but not content with resting on her laurels while she begins the gruelling nine-month comeback from injury, she will use her months off to inspire the next generation.

“I am a PE teacher at St Edmunds and I also work in pastoral care within the school, so I always try and be a role model,” Alana said. “I want to be that positive person to look up to.”

Shane Westmore - 42 minutes ago
Ch.9 are still stuck in the 90s & so are many of their viewers... it's like they want you to order Kayo View
Anthony Chase - 51 minutes ago
Its got little to do with football and everything to do with ratings. View
Marlene Valenzuela - 2 hours ago
Possibly not.... Not unusual!! View
News 5

ssek - 59 minutes ago
Road safety = We are seeking new revenue streams. Also amazing I never see these on anything but long straight bits of road,... View
News 9

James Manukich - 11 hours ago
Well Done 👌👌👌👌👌 View
Gary Hatcliffe - 14 hours ago
Wacky-doo! View
Nassim Rezakhani - 15 hours ago
Congratulations Jason!! One of the best agents around!! Thank you for the amazing auctions you’ve done for us in the past!... View
Sport 11

The ACT Greens have been on cloud nine for the past week but now it's time to come down to...
Food & Wine 57

Civic will see new life breathed into it with the opening this Thursday (22 October) of the long-awaited Verity Lane....
News 26

@The_RiotACT @The_RiotACT
The ACT has Australia's second-best performing economy according to CommSec, a result of stable employment and few cases of COVID-19 https://t.co/rAzcfDeDjI (44 minutes ago)