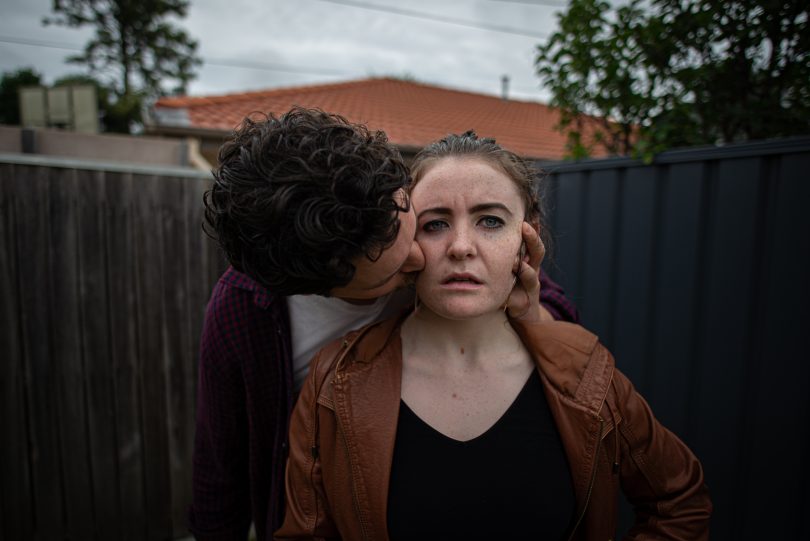 The Boys is an expose on the nuances of gendered violence with actors Alex Hoskison and Meaghan Stewart taking on the challenge. Photos: Mark Actually.

What happens when a revered Canberra artist with a body of work spanning 25 years takes on a Master of Theatre and Performance and dedicates her dissertation to how theatre can facilitate discourse on gendered violence?

If you’re Amy Kowalczuk, you form your own theatre company to provide a platform for stories with challenging themes that have real-world societal consequences.

A passionate creative and a secondary school performing arts educator by day, Amy and her new business is a small independent theatre company, Alchemy Artistic. Their debut show will be tackling The Boys by Gordon Graham with performances from 13 to 16 April at ACT Hub in Kingston (the old Causeway Hall).

The work, which has never been performed in Canberra, exposes the nuances of gendered violence and is an imaginative response to the 1986 gang rape and murder of Anita Cobby. Through Alchemy Artistic, Amy has developed a blended approach to direction, specifically to make the work and the themes more accessible so that discussion of the themes can occur. 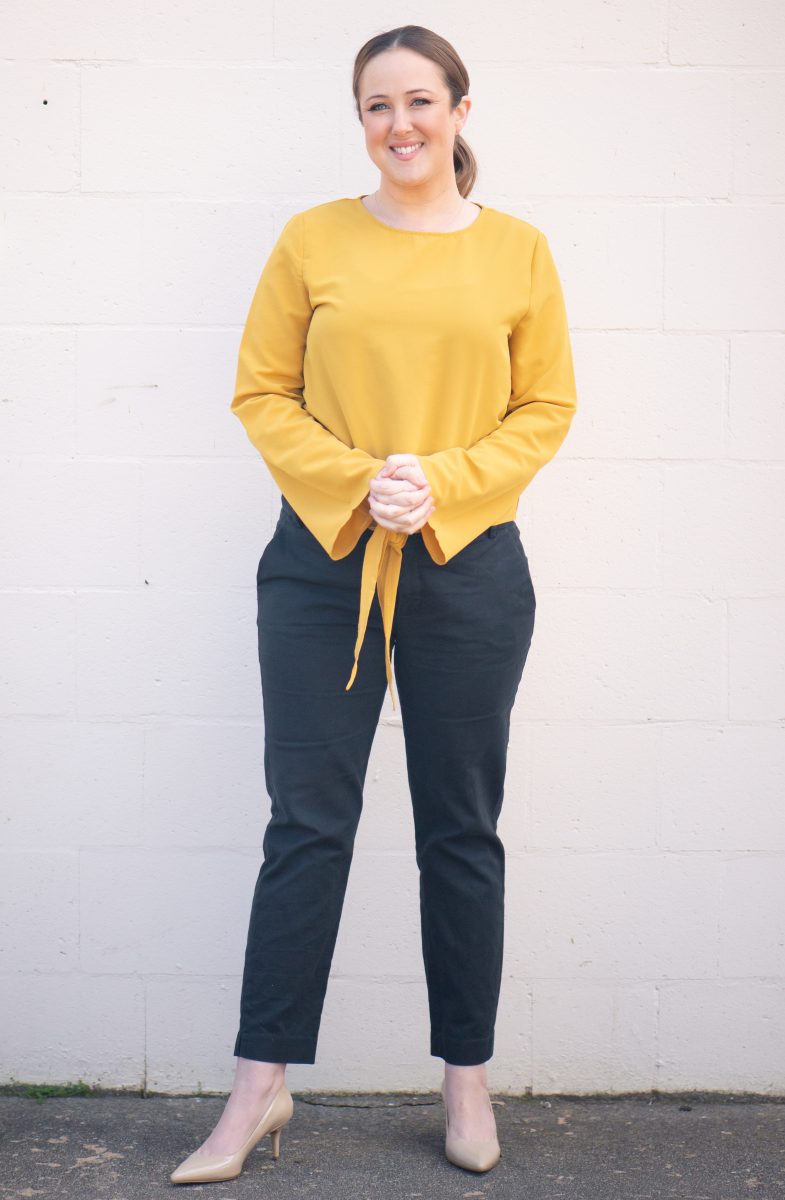 “My company mission is to create works, either pre-existing or specifically devised with a purposeful approach to applied theatre direction. Our company motto is ‘theatre that speaks, theatre that listens’ because we want to influence our local landscape by the art we make.” Amy said.

“The overarching theme of the work is gendered violence and the possible cause and effect of damaging gender tropes and expectations. This offering is purposefully situated in 2022, with gendered violence, toxic misogyny and sexism still rife and seemingly unsolvable – other than through the power of speaking out and holding structural powers to account. This is a danger not just to women and children but also to men, and we must at least try to understand it in order to change it.” 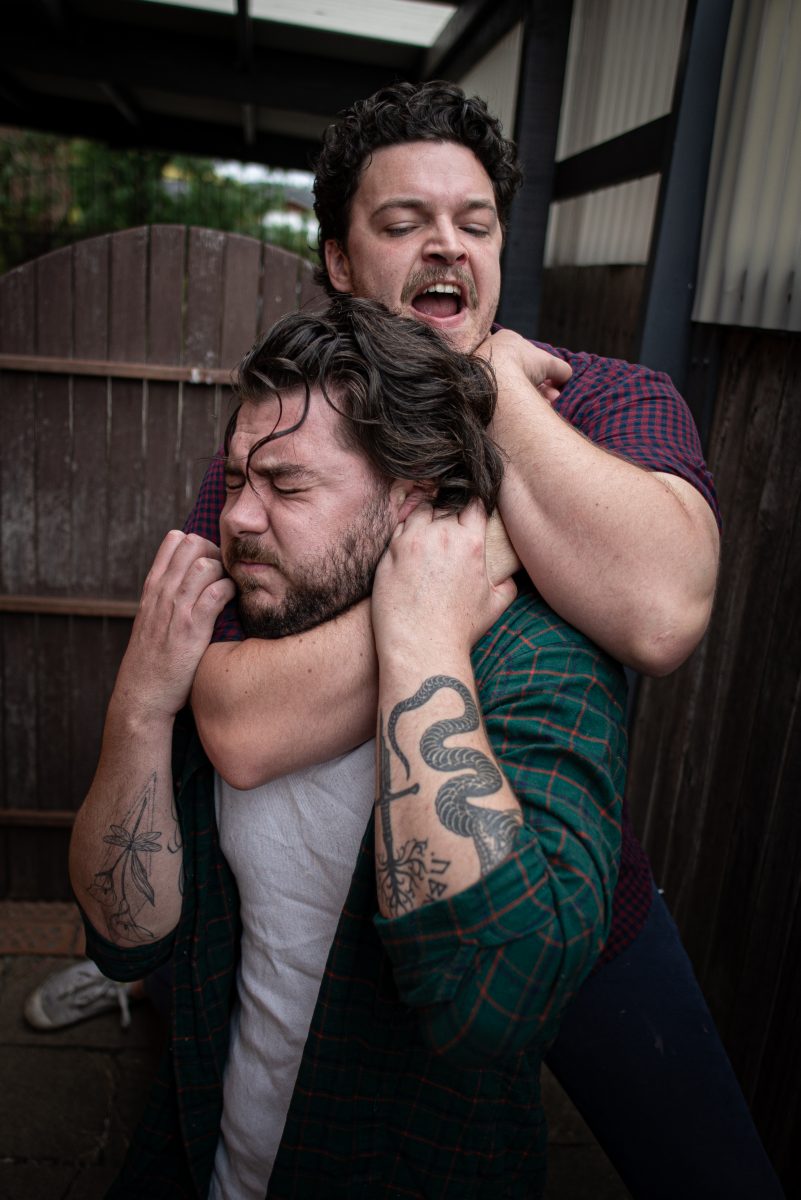 The Boys is running for five performances from 13 to 16 April as the debut show for the ACT Hub Hub Too Initiative. This initiative provides mentoring and in-kind support for mid-career emerging artists, an honour which Amy was afforded following a successful pitch to the ACT Hub board.

Taking a holistic approach, each performance will provide an adjacent space for rumination on the themes of the work.

For The Boys, Alchemy Artistic is offering Q&As after all five shows, two of which are gender-specific as part of a commitment to creating safe spaces for both men and women to meditate on the issues separately.

The Q&As will be live-scribed and facilitated by local theatrical stalwarts. This work is traditionally performed in a realist fashion, but Amy says their interpretation has been specifically reinvigorated for a contemporary audience.

Ticketing is also designed to be as inclusive as possible. Tickets are all under $40, going as low as $30 for under-30s.

Amy explains this is incredible value for money for live theatre.

“Theatre should not just be for the privileged but for everyone, especially when this particular examination of gendered violence also examines underprivileged men, women and children.

“With this work, we aim to give women a voice and men a chance. When we leave art unexamined, we limit its power to transform us. And that transformation will assist us with creating a better world for us all.” 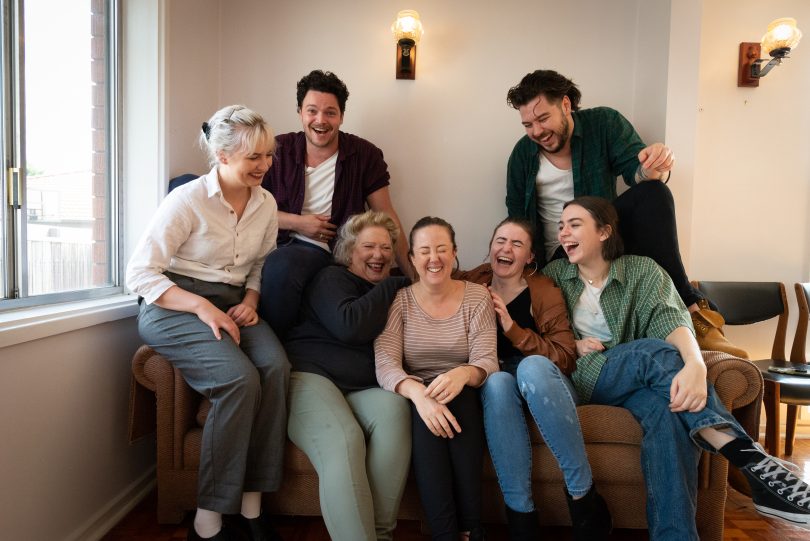 The Boys will run from 13 to 16 April at ACT Hub, Causeway Hall – Kingston. Purchase tickets online. Check the website for details regarding gendered performance days.

Thanks for sharing guys! Hope to see you there