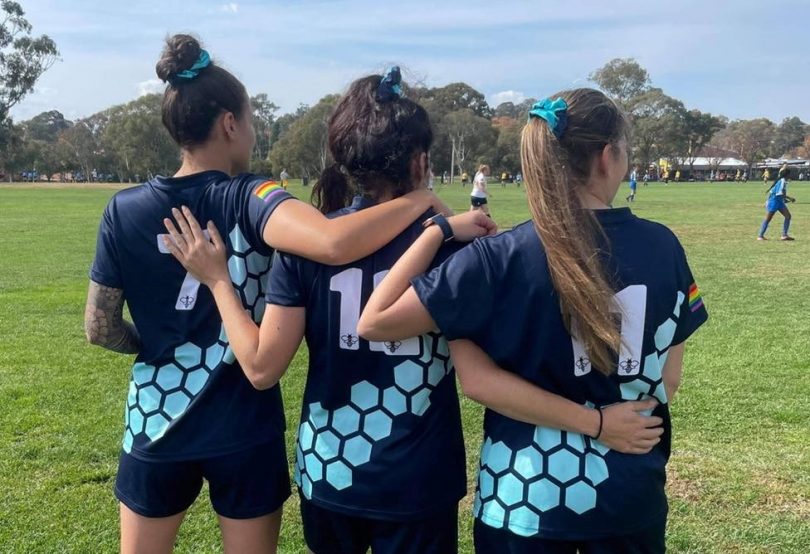 For years, Emma Steel and Kat Yuile felt sidelined by a distinct lack of women-only sport in the ACT, and following conversations with other local ladies, they discovered they weren’t alone.

So there was only one thing to do: start their own club.

South Canberra Football Club, with its distinctive blue banded bee logo, has been around since February 2021 as a “safe and inclusive space for women from all walks of life to come and play competitive football”.

Kat says that while the mixed-gender clubs they had previously played for were great, most women’s programs felt like an afterthought.

“The clubs tended to put more effort into the top tier men’s teams,” she says. “Sadly, this is very common in community clubs across Australia.”

However, the new football club hasn’t exactly been off to a flying start.

Community sport has been on hold for months as COVID-19 restrictions linger, and despite the ACT’s lockdown lifting on Friday, 15 October, it’s still very much off the cards. 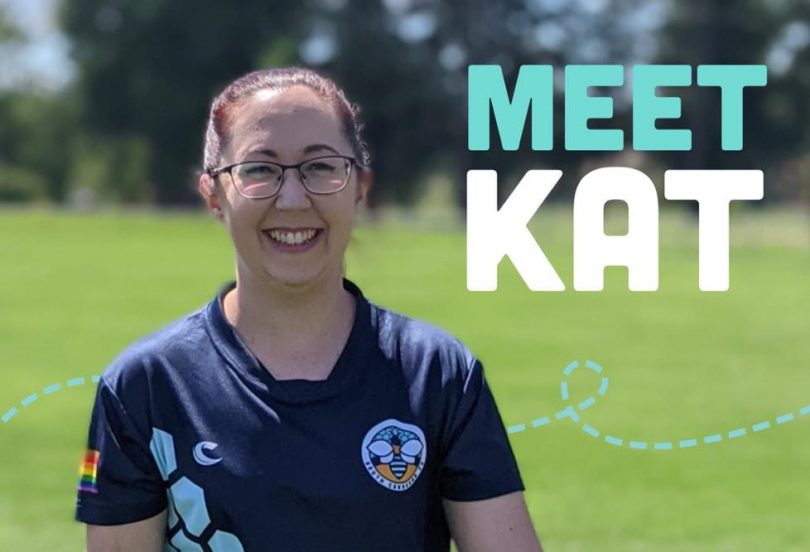 Nevertheless, Kat remains positive and says the break has been a blessing in disguise.

“It gave us time and space to do what we needed to set up the club,” she says. “Certainly, it has made our first season tough, but we think our club is one of the good things to have come out of COVID-19.”

“We have so many fantastic women in our teams, on our committee, and in our community so it’s difficult to single out any particular one,” says Kat.

“We have an incredibly talented graphic designer who designed our playing kits and much of our social media branding. We have a dedicated and enthusiastic treasurer; an amazing secretary with handy IT and design skills; a very crafty vice-president who created a suite of crochet bees to sell to players and families; five incredibly dedicated and passionate coaches; and outstanding physiotherapy support.”

“Even when injured or unable to play, girls come down to the fields – often in chilly Canberra weather – to cheer teams on,” she says. “It’s amazing to see.” 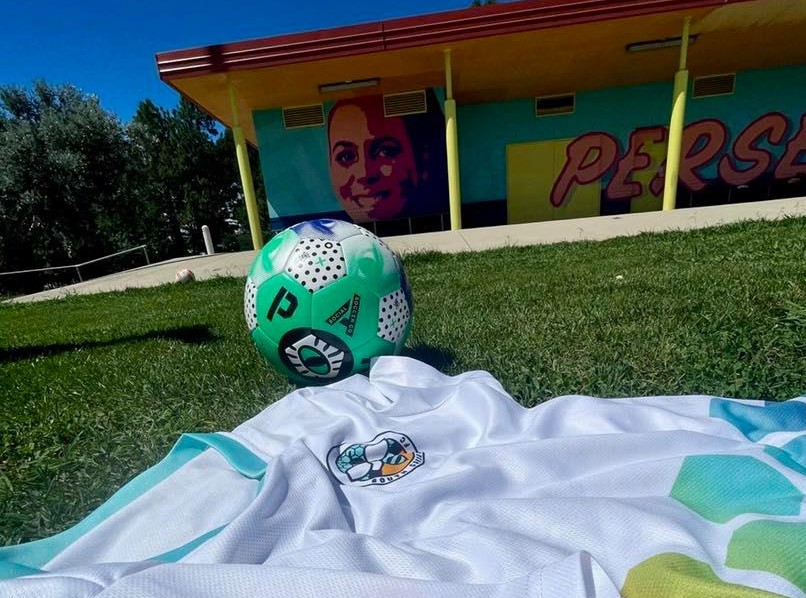 Canberra’s Community Bank Branches also provided the football club with $2500 in sponsorship to assist it to get off the ground for its inaugural season in 2021.

Owned by the local community and run as a Bendigo Bank branch, Community Bank Branches are committed to return 50 per cent of profits back into local initiatives and charities.

“This is the club’s first year in operation, so it was great to give them financial backing from the community,” he says. “They were over the moon to get some of that funding.”

Kat says these funds have offset the cost of equipment and will subsidise some players in 2022 who are unable to pay their membership fees.

“These funds have been pivotal with helping the club kick off its first year,” she says.

In regards to the club’s future plans, Kat says there is “nothing big for now”.

“We want to consolidate what we’ve started and make sure we are giving everything we can to our members,” she says. “But one day, who knows, maybe juniors or other codes of sport [will be part of the club]?”