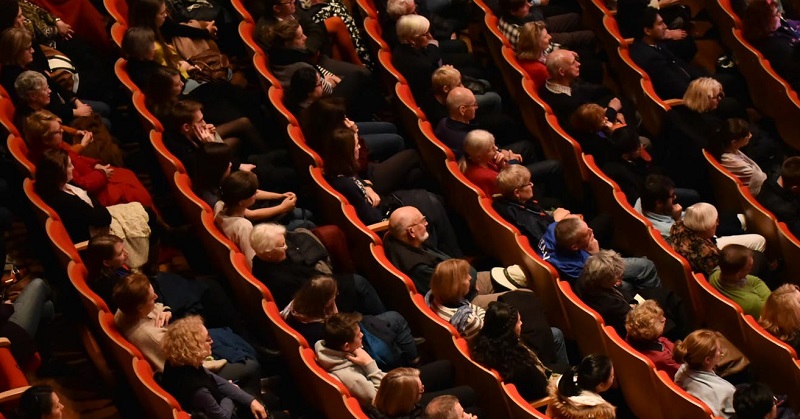 Featuring high profile authors, journalists and commentators, the third annual Canberra Writers Festival – described as a “literary smorgasbord” – will be held at iconic cultural institutions across the ACT from August 23 to 26.

The festival kicks off with a not-to-be-missed opening session to launch Mr Joyce’s ode to the bush: Weatherboard & Iron: Politics, the bush and me. Mr Joyce will discuss his autobiography – and provide a rare insight into his recent controversies – with Fairfax political commentator Mark Kenny at the National Press Club.

Canberra Writers Festival Chair Allan Behm said the launch of Mr Joyce’s new book was within the festival’s themes of Passion, Power and Politics and was a partnership with the National Press Club, an organisation that supports freedom of speech.

“He’s a political player of prominence and notoriety,” said Mr Behm, who said the festival “focussed on what happens in Canberra” including national politics.

“It’s all part of the movement and colour of Canberra – the festival has events which appeal to a variety of tastes and audiences – it’s a broad literary smorgasbord.”

Another opening day special event will see Australian food legend Maggie Beer discuss the Power, Passion & Politics of Food with Canberra journalist Malcolm Farr at a dinner at the National Portrait Gallery. With a career spanning five decades, Ms Beer has written many books and has been the recipient of book prizes and the Order of Australia.

Mr Behm said as Australians ‘love to eat’, the festival had a strong focus on ‘gastronomy’ with gourmet food available from several venues including the National Portrait Gallery, National Museum of Australia (NMA) and ANU. “The festival has been built around the cultural skeleton of Canberra – we’re in a really privileged position to do that,” he said.

One of the festival’s major drawcards will be US-based action-thriller writer Matthew Reilly, who is flying in from Los Angeles for exclusive appearances at the festival. The New York Times and #1 international bestselling author – who has sold more than 7.5 million novels worldwide – will speak one-on-one with the ABC’s Emma Alberici on Sunday, August 26. He will also feature on a panel on Saturday night to discuss the topic New World Disorder.

“I’m sure he [Reilly] will draw a fair bit of attention,” said Mr Behm who encouraged people to book tickets early as they were already selling fast, especially for popular sessions including Girls Night In and Bad Ass. 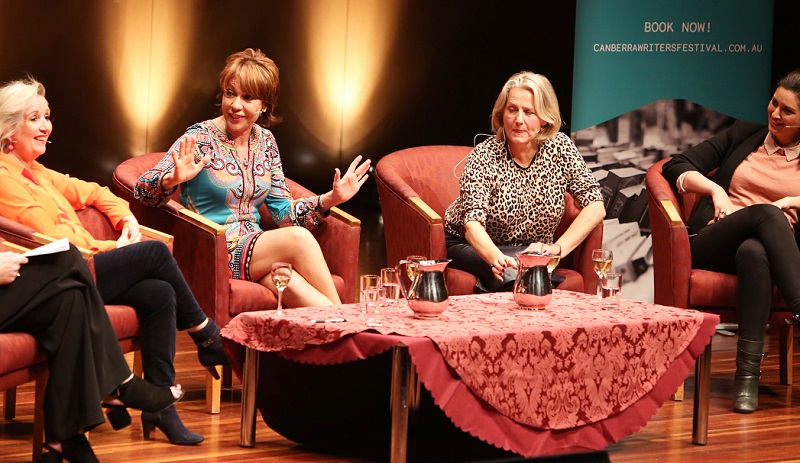 Tickets for these popular and entertaining sessions for the festival are already booking fast – so get in quick. Photo: Supplied.

An exciting session on the final day will feature former Prime Minister John Howard discussing his new book The Art of Persuasion and the role of speech making to wield political power with Sky News host David Speers. As Australia’s second longest serving Prime Minister, Mr Howard will share his ability to tap into the mood of the nation to have an effect.

“Mr Howard has been one of the biggest figures of the last 20 years in Australian politics – so it’s prudent that he gets some airtime,” Mr Behm said.

The festival – which will lure interstate tourists – also features The Great Book Swap to raise money for the Indigenous Literacy Foundation on Saturday, August 25 at the NMA.

“Indigenous writing is something we’re really focusing on and raising awareness and building confidence for Indigenous writers to get their message out there,” Mr Behm said.

Tickets are now on sale for the festival from the website.