All the trophy winners from the National Wine Show 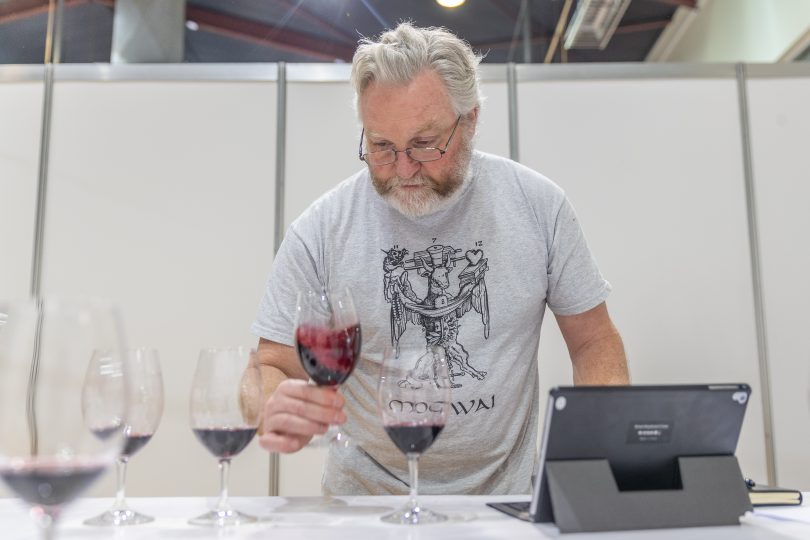 Penfolds was the toast of the National Wine Show awards last night at the National Arboretum when its 2017 Reserve Chardonnay from the Adelaide Hills took out the Len Evans Memorial Trophy for Champion Wine of Show.

In fact, it completed the trifecta by also taking out the best chardonnay and white wine of the show. “An outstanding exhibit,’’ according to Chairman of Judges David Bicknell.

Twenty other trophies were presented last night (23 November) at a gala presentation dinner, the climax of a show that included a week of judging at Exhibition Park from 13-16 November with 1247 entries from 224 exhibitors, up 6.5 per cent on last year.

There were 56 new exhibitors, which Mr Bicknell said was particularly pleasing. “This points to a healthy belief in the quality of the show from our constituency,’’ he said.

This was reflected in the wide distribution of honours, with the major awards shared by 15 different producers across 11 different regions.

Competition was fierce and the standard high, with Mr Bicknell saying he could not recall a show where the final judging was so close between many different entries.

“The exhibitors who missed out on major awards should take heart from the scores they received when they read through the full list of results, as it was a close run thing,’’ he said.

“The breadth and depth of classes are a true indication of Australian winemaking skill.’’

The top red of the show was the Xanadu 2016 Stevens Road Cabernet Sauvignon from Margaret River, and the Kit Stevens Memorial Sparkling Trophy went to Coldstream Hills’ 2014 Pinot Chardonnay from the Yarra Valley. 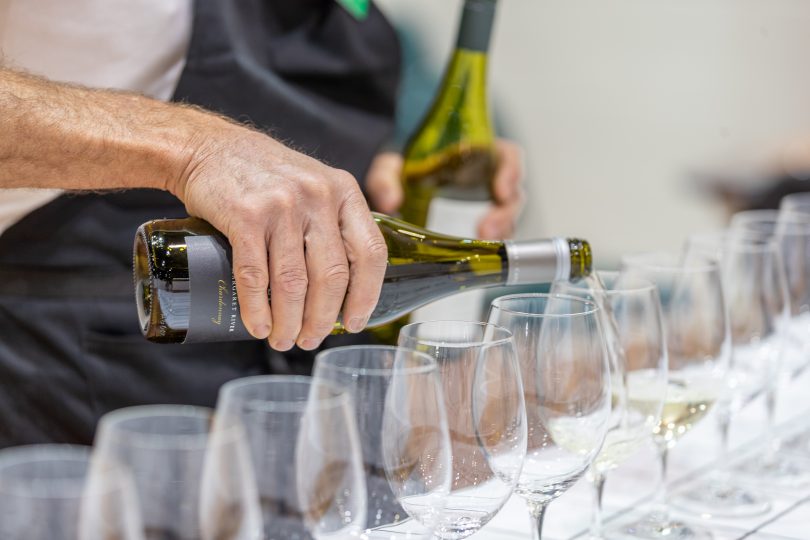 In the whites, Riesling was dominated by the younger vintages at the trophy taste-off, particularly 2017, and despite some of the older vintages starting to show their age, the variety prevailed in taking out the White Wine of Provenance award (2018, 2012, 2005 Leasingham Classic Clare Riesling, from the Clare Valley in South Australia).

The judges found the Semillon section to be typically strong, with a very high strike rate of medals, in a relatively small class.

The Chardonnay was also very strong across the 2017 and 2016 vintages with no less than seven different regions receiving gold medals.

Shiraz was the biggest class represented in the Reds, with 284 entries receiving 20 gold medals, spread across 10 different regions, and offering a very diverse range of styles.

“It is easy to see the mastery that this country has with this variety in this forum,’’ Mr Bicknell said.

In a first, the winning trophy went to Geelong in Victoria (Clyde Park Estate 2017 Shiraz).

In the Pinot Noir section, the outstanding 2017 vintage led to some of the hottest judging in the show with the Mornington Peninsula, Tasmania and the Yarra Valley dominating proceedings with six gold medals.

“While the regional styles may have been disparate, the quality was uniformly outstanding,’’ Mr Bicknell said.

But the surprise packet of the show this year were the emerging reds and blends, with an exciting trophy taste-off between two Grenaches, Malbec, Montepulciano, Nero d’Avola, Sangiovese and a Tempranillo.

“Brilliant, and a testament to the effort exhibitors are putting in to find varieties that really suit their growing conditions,’’ Mr Bicknell said.

“The resurgence of Grenache would also seem complete in taking the varietal trophy, plus a Grenache blend, with Shiraz and Mataro, taking out the blended wine trophy.’’

The judging panel – a mix of winemakers, vignerons, sommeliers, purchasing managers and distributors – brought together many of the key industry stakeholders, with every state and territory represented except the Northern Territory.

Great story Mr Ian Bushnell. This is one hidden gem that has been happening in the Nations Capital for 42 years.

Onelia Herriot - 2 minutes ago
If the landlord must pay moving costs then the timeframe to move out must be reduced. View
Jilly Beans - 3 minutes ago
Tenants' Union ACT I’ve rented my way through 15 properties and I never once expected the property owner to cover any of my... View
Sean Bishop - 4 minutes ago
And watch the rental Bonds sky rocket $5,000 to cover that loss.. stop it Tenants' Union ACT View
News 22

Phil Hogan - 32 minutes ago
Got to pay for the tram 🙄 View
mark boast - 6 hours ago
Is a speed limit a “never exceed” or a permissible maximum plus/minus 10%? Cameras don’t image opinion. Time to move on... View
Patrice Riboust - 8 hours ago
How much the standing committee members are paid for this job? View
News 3

Arety Kr - 35 minutes ago
It wasn't that wet compared to last year. Come on, where did that extra 6 mill go to mowing?.... View
Property 6