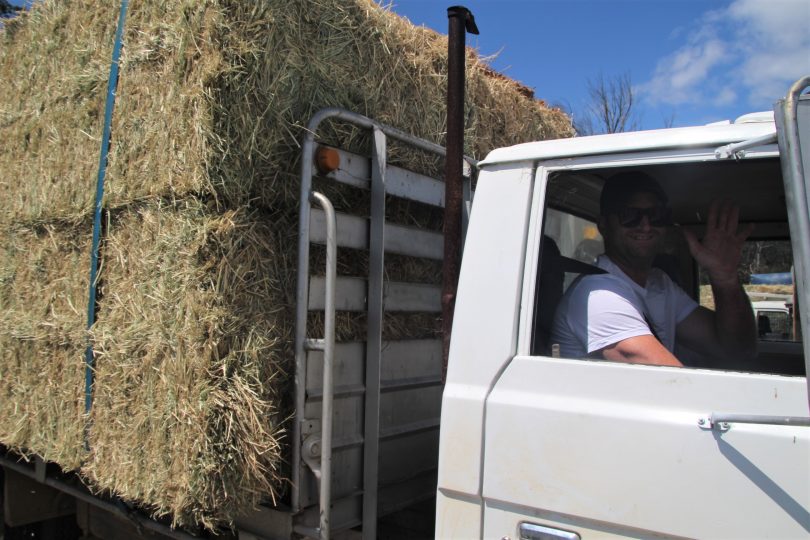 To say the farmers of the South Coast have been doing it tough is an understatement but there were smiles on their faces on Thursday morning as they lined up outside Moruya to receive free fodder from WA.

Volunteer organisation Rapid Relief Team delivered 369 bales of hay donated by Rio Tinto to bring hope and a helping hand to fire and drought affected farmers in the region.

As part of RRT’s Operation Fire and Drought Relief initiative, about 120 farmers and their families from areas around Bemboka, Cobargo, Bodalla, and Moruya each received a donation of hay.

A massive 240 tonnes of hay from Wubin, Western Australia, was transported on five road trains, stopping in Canberra to break the load down to ten semi-trailers for delivery to the South Coast.

The RRT collaborated with the NSW Farmers Federation and Bega Beef Board to ensure the hay went to those who needed it most. 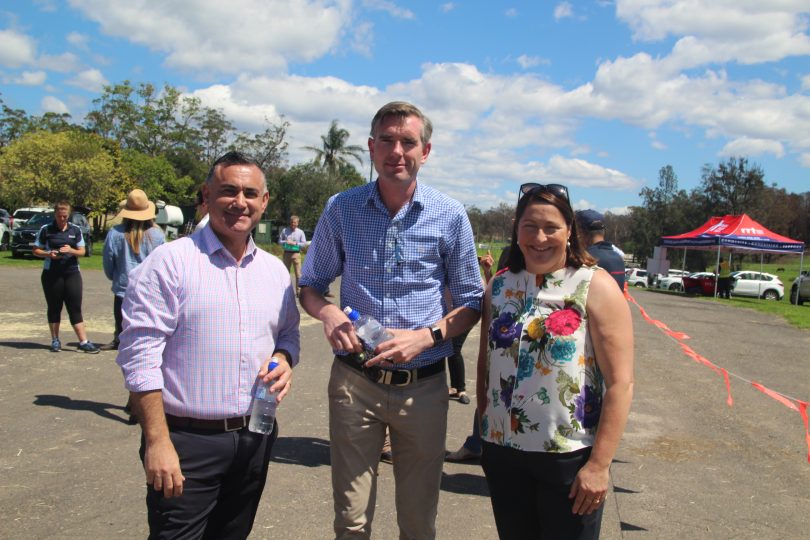 The volunteers also came well equipped with a canteen serving up burgers, brownies and coffee.

The Rapid Relief Team is comprised of volunteers from the Plymouth Brethren Christian Church, and has distributed over 12,525 tonnes of hay and 1621 bulker bags of livestock supplement to 2773 farmers across Australia.

“What these communities have experienced – through both prolonged drought and now bushfire – is unimaginable.” 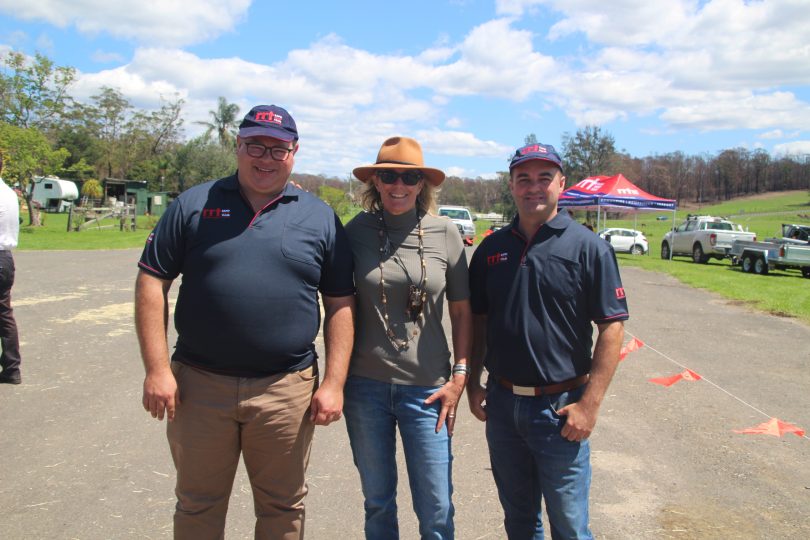 “And so, we want them to know that mates stand with mates, and whether it’s fire, drought or any other natural disaster, they’re not alone.”

Mr Arkcoll thanked Rio Tinto, the NSW Farmers Federation and the Bega Beef Board for making it all happen.

“As Christians it is our nature to help our community, so we hope this hay can provide a little hope and go some ways to bringing a small amount of relief,” he said.

“Our values of care and compassion are what motivate us. It gets our volunteers up early to help farmers collect their hay and to bring some hope and cheer to farmers on the NSW South Coast.” 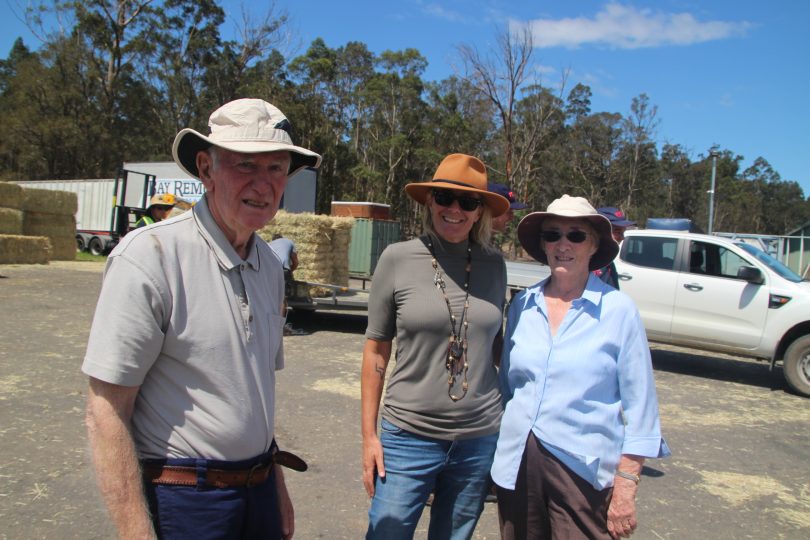 Member for Bega Andrew Constance said it was important for Australians to continue to rally around each other.

“I want to thank the RRT for giving so generously to our farmers who have already endured so much.”

At the event in Moruya, Deputy Premier John Barilaro said, “this is the best of the community”.

Bodalla Dairy Farmer Vanessa Todd and her apprentice Thomas “TJ” Pearson picked up 13 bales of hay at the Bodalla event earlier in the day to take back for her 264 milkers.

Vanessa lost significant amounts of farm infrastructure in the fires, in what has become a compounding disaster.

“Most of NSW was under drought, so the fires were a massive kick in the guts to us, and after we got though the fires, we had a flood,” said an understandably emotional Vanessa.

“Thank you very much to the Rapid Relief Team who donated this to our community,” she said.

The Moruya fodder drop was the last the last 5 tonnes of hay from 240 tonnes (10 trucks) that had travelled over 5000km from the north of WA.