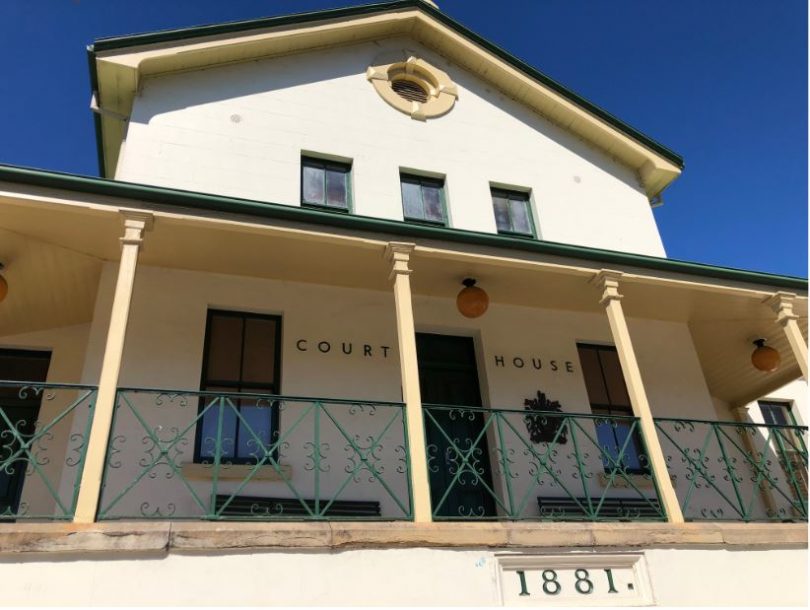 Between 27 October and 26 November this year there have been seven fires in the Bega Valley which police believe have been deliberately lit. Photo: Ian Campbell.

A NSW Rural Fire Service (RFS) volunteer from the Bega Valley charged over a spate of deliberately lit fires in the region has pleaded not guilty in Bega Local Court today.

Between 27 October and 26 November this year there have been seven fires in the Bega Valley which police believe have been deliberately lit.

“Officers from South Coast Police District, in consultation with the Financial Crime Squad’s Arson Unit, have been investigating the circumstances surrounding the fires under Strike Force Laurina,” police reported.

“Investigators have also been assisted by NSW RFS fire investigators.”

On the afternoon of 26 November, as part of their inquiries, police observed a man sitting in a dual cab ute next to the Bega River.

Police said that “a short time later, investigators noticed smoke and a pile of trees and grass on fire, which was reported to the NSW Rural Fire Service”.

“About 7 pm, police attended a fire shed in Tarraganda and arrested a 19-year-old man.”

Police allege Blake Banner lit the fire and left the area before returning to respond to the fire as part of his duties as a volunteer firefighter. Mr Banner’s vehicle was also seized for forensic examination.

Dressed in a tie and supported by family for today’s brief appearance before Magistrate Doug Dick, Mr Banner sat quietly while his solicitor Jennifer Chalker entered a plea of not guilty to seven counts of “cause fire and be reckless to its spread”.

Magistrate Dick continued bail after hearing that the 19-year-old had been reporting every day to police without fail.

The matter returns to Bega Local Court on 28 January 2020.

In a statement released after Mr Banner’s arrest last month, NSW RFS Commissioner Shane Fitzsimmons said “this type of alleged behaviour is the ultimate betrayal of our own members, and of the broader community”.

“Over the past few weeks, we’ve seen firefighters going above and beyond in difficult and dangerous conditions.

“Our members will be rightly angry that the alleged actions of one individual can tarnish the reputation and hard work of so many.”

Acton - 48 minutes ago
As baby boomers pass into the final stage of life we will need more palliative care at hospitals, hospices and especially at... View
Breaking 1

At least seven dead, hundreds of properties lost and there’s more to come on the Coast