An emotional musical and cultural journey of the heart 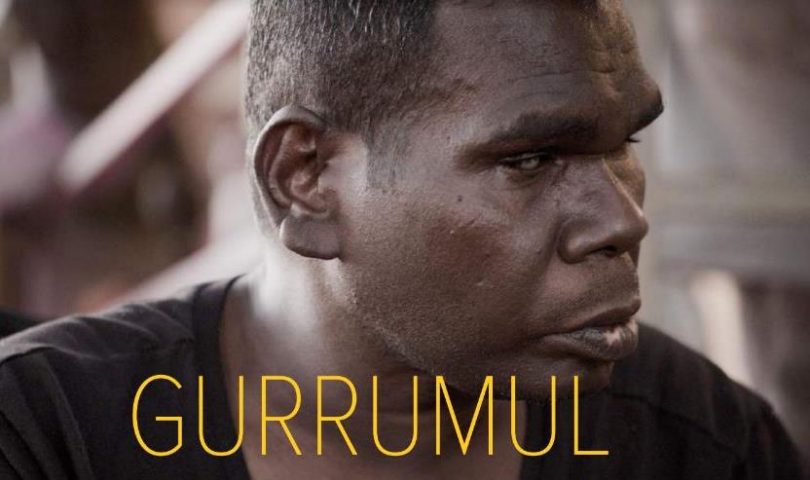 Gurrumul is a must see. Photo: Supplied.

Everyone has their Gurrumul moment – the first instant of hearing that pure voice calling to you in words you may not recognise but in a language you immediately understand.

I was at the local nursery waiting to be served when one of his albums came on, not the usual shopping soundtrack one has to endure. “What is this?” was my immediate reaction and then asked the attendant. I had rushed home to tell my partner I had not only heard the most amazing music, but that something had touched me deep inside.

Paul Williams’ documentary about Geoffrey Gurrumul Yunupingu, the blind Indigenous musician from Elcho Island off Arnhem Land, will do the same, and impress upon you the loss to the nation when he died last year aged 46 after a long struggle with Hepatitis B.

The fact that it exists at all is a gift to us from his people, the Yolngu, in whose lore the name, image and voice of the recently departed is retired from all public use. Understanding the importance of his music and mission, a very rare exception has been made by Gumatj and Gälpu clan leaders for this film. Three days before his death Gurrumul approved this film. It remains unchanged since this time.

Blind from birth Gurrumul emerged from the remote Galiwin’ku community to sell over half a million copies of his albums across the world, singing in his native Yolngu language.

Hohnen, in particular, emerges as Gurrumul’s spokesman and guardian as the musician traverses the alien landscape of the white world. As Hohnen explains to an ABC journalist trying to elicit a response from Gurrumul, English was his fourth or fifth language and he had little interest in explaining himself to white culture.

Williams says Gurrumul is the personification of a cross-over artist, ”likewise, the film must cross back and forth between his Yolngu and the broader whitefella worlds”.

“Ultimately the film is about two very different worlds coming together to produce something amazing,” says Williams. “The tension in the film comes from balanda (whitefella) and Yolngu worlds being unable to totally fulfil each other’s expectation due to their pre-existing cultural commitments.”

The film is a combination of archival footage, including remarkable scenes shot by missionaries of Gurrumul as a child, in-house footage from Skinny Fish, and Williams’ five year project following Gurrumul as he emerges as an artist in his own right. Importantly, there are poignant interviews with family members and insights into the Galiwin’ku community and its culture, including ceremonies and funerals.

In fact the Yolngu culture is the other ‘star’ of this multi-layered documentary that transcends the musical journey. We begin to understand what role their stories, songs and dances have in providing the spiritual matrix for their lives, and the shortcomings that modernity, as we define it, has for us.

Gurrumal is no mere minstrel. Like it or not he is on a mission, sent out by his people with a message for the world. This is our story, we are of value and there is something here for you too.

And as we watch Gurrumul struggling with being out of his culture we feel his pain and rile at the gaucheness of our own.

Not that this is a romantic depiction. The Yolngu have adapted to modern technology, Elcho Island is a cross-cultural musical incubator, Gurrumul learnt his music in church and cut his teeth in the Indigenous bands Yothu Yindi and Saltwater Band.

It was Hohnen who recognised Gurrumul’s unique talent and coaxed him to embark on a reluctant solo career.

His debut album cemented him as the Australian voice of a generation, hitting triple platinum in Australia, silver in the UK and charting in multiple other countries across the globe. The highest selling Indigenous artist in history, Gurrumal released two subsequent top five studio albums Rrakala and The Gospel Album, achieved a swag of ARIA Awards, performed across the globe for audiences including Queen Elizabeth II and Barack Obama and released the first Indigenous language single to reach the top five, all the while continuing to call Elcho Island home.

Gurrumul also bridged Yolngu songs to a western classical setting, with an orchestral album. The scenes of musicians out of their comfort zones coming to grips with the work and finally getting it are some of the most interesting of the film.

The result, six years in the making, is Djarimirri (Child of the Rainbow), which has just been released to precede the film’s opening on 25 April.

The film’s score – a weaving of works by Hohnen, Gurrumul and Finnish-born composer Erkki Veltheim – is also a standout, providing a moving musical setting for the story.

This intimate portrayal of a gifted musician and cultural messenger is a heart-opening tribute to him and his people that deserves to be seen by every Australian.

“Our hope for this film is that the people depicted within it, upon watching it, are filled with pride. Too often Aboriginal Australians feel their culture is hijacked by another agenda, a balanda (whitefella) agenda, and distorted beyond recognition. Just ask. We Yolngu live by our own unique balance of life, culture and land and we care for our country and our people,” says Elcho resident Ted Gondarra.

Gurrumul’s family, heartsick at his affliction, did not think the blind boy would be able to travel far or be independent. “We underestimated him.”

Gurrumul opens at Dendy and Palace cinemas on 25 April.

Great story Ian. I can’t wait to see the film.

Tolga Altinbas - 2 hours ago
Because one is a roadwork sign. And the other one is always there on the pole View
Wang Chow - 3 hours ago
My guess is that they changed the speed limit in Chisholm/Richardson because its cheaper than putting in more speedbumps that... View
Matthew Windebank - 12 hours ago
That photo explains everything. When works are underway with a reduced speed limit you are supposed to 'bag' or cover the exi... View
News 21

Darron Marks - 6 hours ago
"But in this world nothing can be said to be certain, except death and taxes" View
Alex Elliott - 12 hours ago
The ACT has many interstate cars using the roads. How does the Government propose to tax these or apply a levy to them so tha... View
News 4

Bill Gemmell - 7 hours ago
Additional well-located transport infrastructure is a plus. However, maybe they should be thinking about covering these with... View
Greg Batten - 9 hours ago
Great idea for both ACT light rail and bus networks. View
Ashley Wright - 11 hours ago
Justin Watson it is, the article has that a bit wrong as the “new” stop is at Sandford Street intersection about 1km away... View
Opinion 9

Martyn O'Connell - 10 hours ago
the 333 bus painted up to look like the XPT View
Katy Did - 11 hours ago
I loved that tram when I worked in Civic View
Karean Vaughan - 12 hours ago
I remember catching it at lunchtime, opposite the School of Music back then. A very convenient way to get to Civic centre . View
Property 11

Marc Edwards - 19 hours ago
Peter Campbell so only the rich or well off can afford the new overpriced EV, but you will charge more for those who can’t... View
show more show less
*Results are based on activity within last 7 days

@The_RiotACT @The_RiotACT
Peter Papathanasiou's book about Greek families and secrets is heading for the small screen, with funding for developing the Canberra story https://t.co/UsxVpYrO2R (9 hours ago)