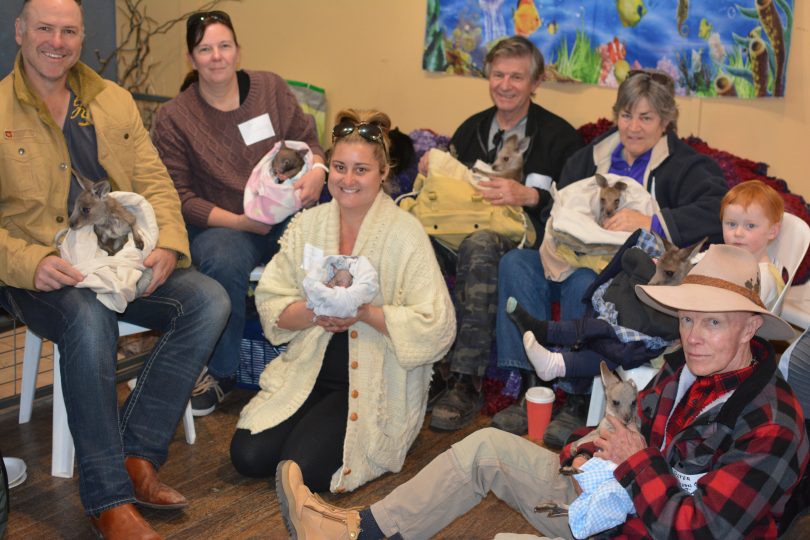 The region’s drought is evident on many local faces, but increasingly so on the faces of underweight, abandoned Eastern Grey Kangaroo joeys being found across the Snowy Mountains as the effects of the dry times deepen.

Malnourished, abandoned joeys have been handed into the Snowy Mountains Wildlife Rescue group (LAOKO) in growing numbers over the past few months. 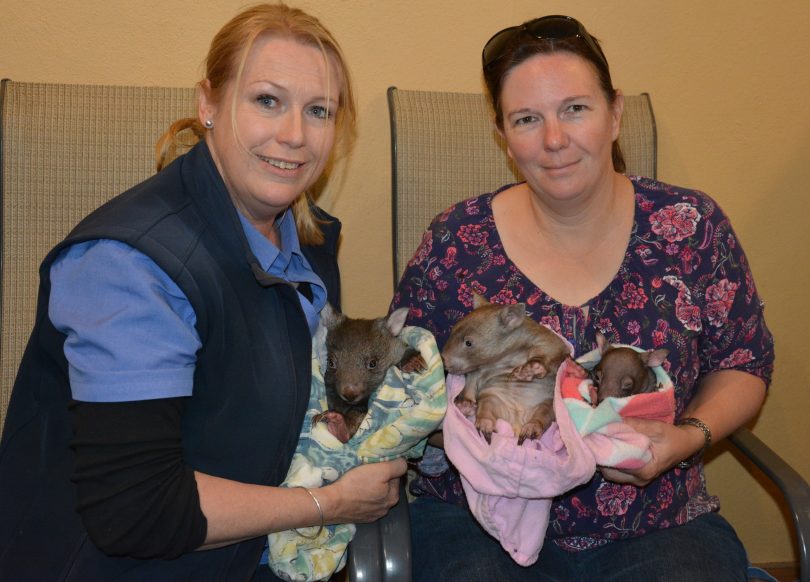 Kelly McMahon, a wildlife carer and animal co-ordinator with the local wildlife rescue group, says a lot of joeys are being reported and brought in to care that have been found on their own with no mother in sight.

“We are getting more and more abandoned joeys, found on their own, quite malnourished and underweight,” McMahon says.

“It is very sad. The mothers are starving and just cannot support the joeys nutritionally and leave them.”

McMahon says the kangaroo joeys should still be in their mother’s pouch until they weigh about seven kilograms. 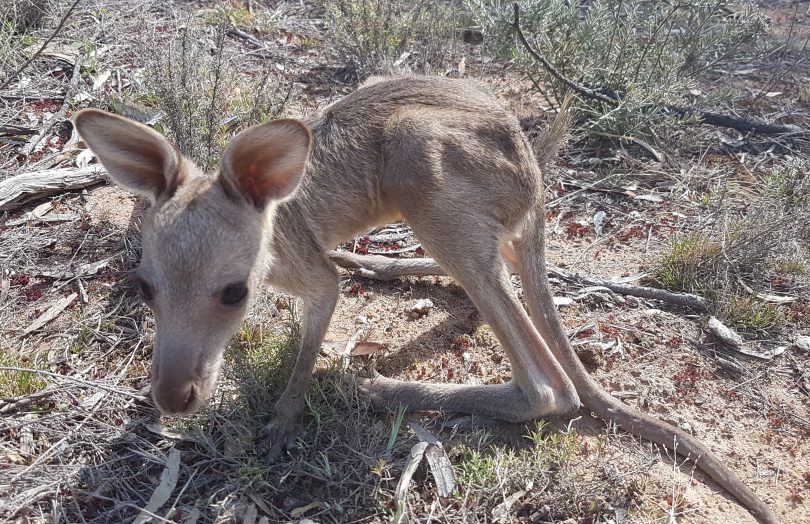 This frightened and undernourished Eastern Grey Kangaroo joey, weighing just one kilogram, was recently found alone in the bush after being abandoned by his mother. Photo: Kaitlyn O’Brien.

Clifford and McMahon juggle the demands of the Pet Shop with calls for help from members of the public for wildlife rescues or euthanasia.

“About 70 native animals have been handed into the Pet Shop in the last four months,” Clifford says.

“It is not slowing down as we would have expected once the winter ski season is over and daylight saving begins.” 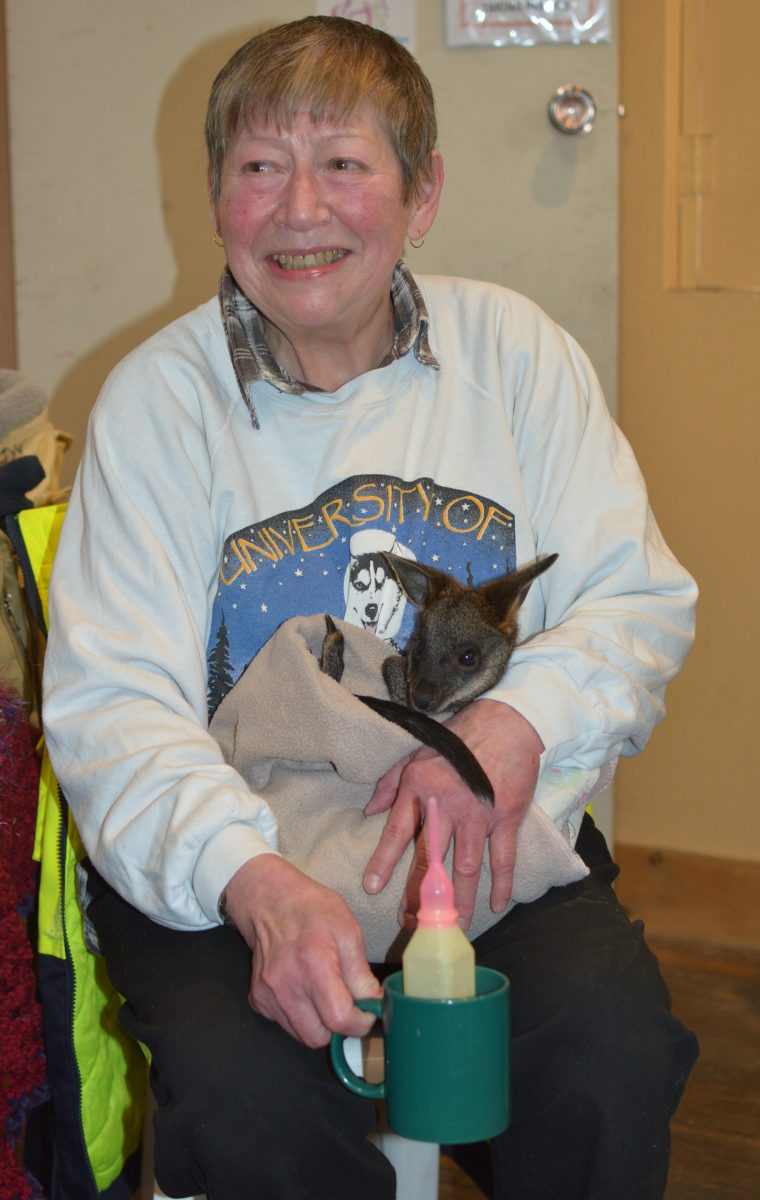 Linda Milne looks after many native animals on her property with her husband Mick near Berridale. Photo: Elena Guarracino.

LAOKO president Brendan Diacono says the current drought conditions, with little or no grass in the paddocks on the Monaro and Snowy Mountains and often no water in the dams, means more and more wildlife are grazing along the roadside, with inevitable consequences.

Diacono says that more carers are desperately needed to cope with the demand to care for the orphaned joeys as a result of the drought and collisions with cars. 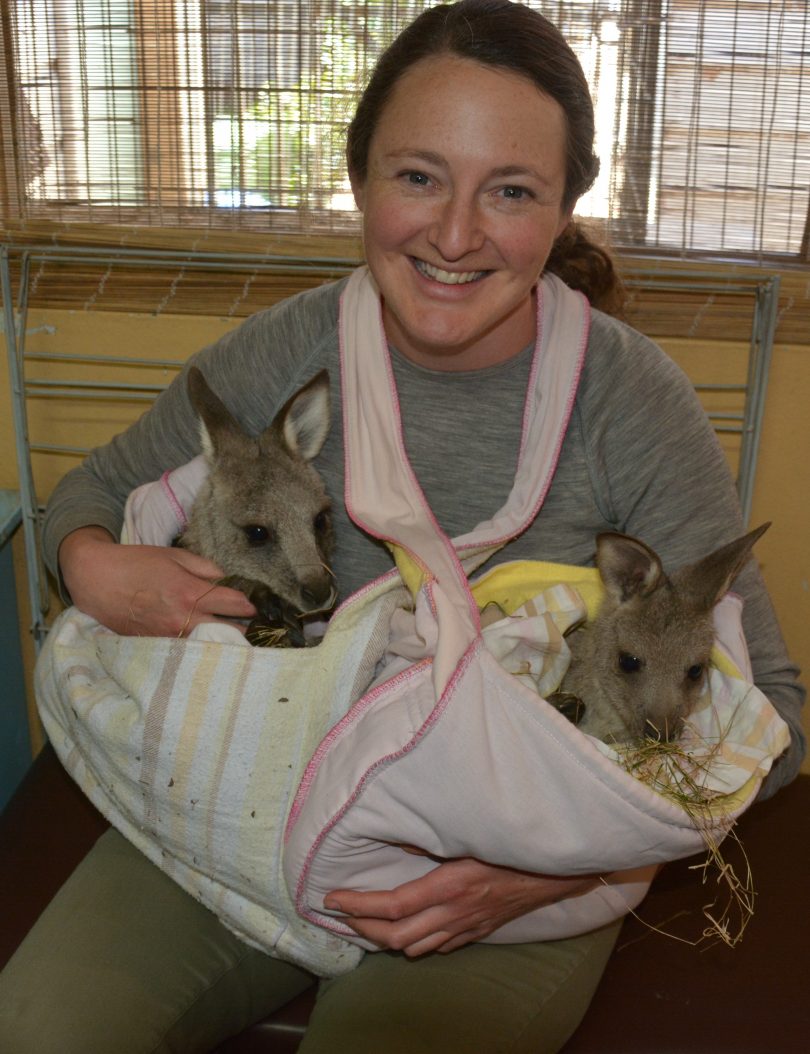 “LAOKO provides training and a regular support group meetings for carers at the Cooma Pet Shop about once a month,” Diacono says.

“Carers get advice and help from the two animal co-ordinators, Linda Milne and Kelly McMahon, and experienced wildlife carers like Kylie Clifford.”

LAOKO is particularly looking for landholders who are interested in helping wildlife and can release animals on their property once they are old enough.

“Eastern Grey Kangaroos, wallabies and wombats are always raised in pairs or small groups, so when it is time to leave their human carers, they have the company and support of other companions or ‘buddies’.

“It is quite rewarding to watch these animals go back to the bush where they belong. The time and effort required at this release stage is fairly minimal, with some supplementary food and water needed and a safe environment, away from roads, dogs and shooters.”

LAOKO is conducting a macropod course for potential volunteers this Saturday (9 November) at Cooma North Public School library. For more information or to register go to the LAOKO Facebook page or email laokosmwr@gmail.com 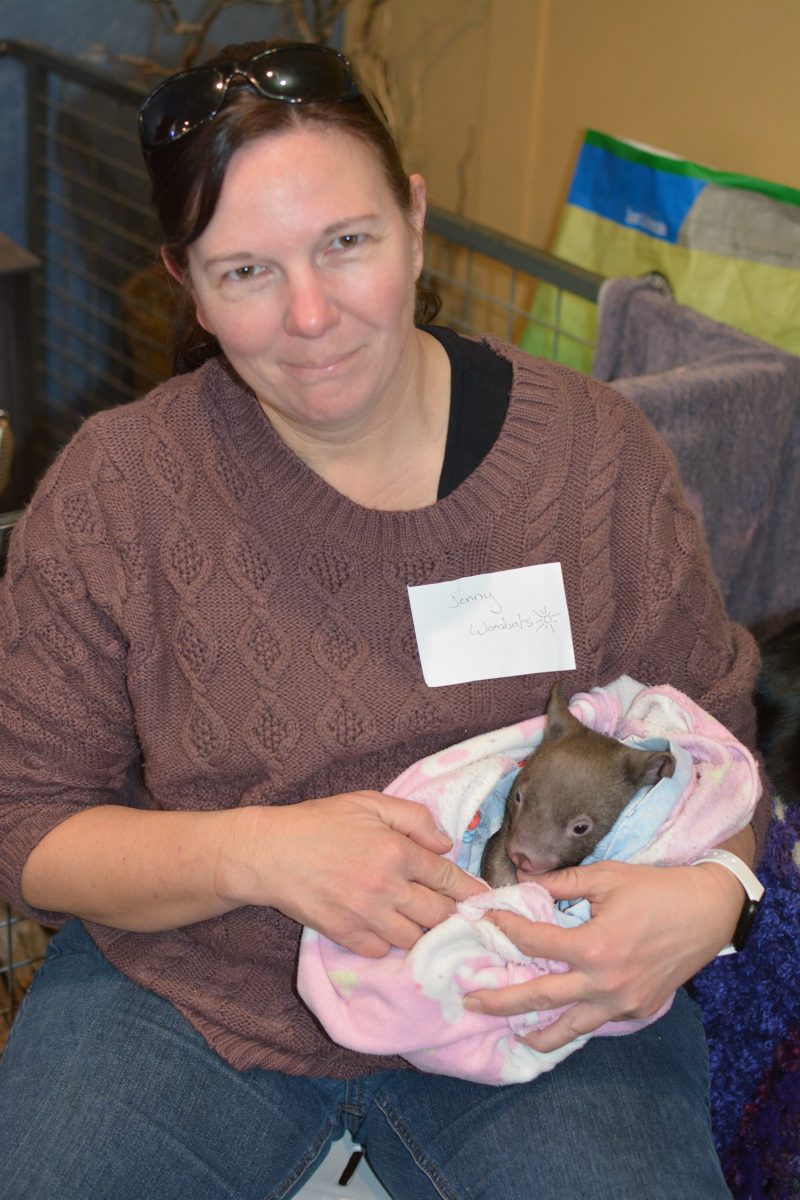 Jenny Williams has raised many wombats over the years on her property on the Myalla Road. Photo: Elena Guarracino.

But then the government has a culling program.

dulynoted - 24 minutes ago
those statistics might be outdated; renewables are getting cheaper and more energy efficient every year as technology improve... View
Capital Retro - 2 hours ago
In which way isn't nuclear power profitable? It depends on which experts you are talking too: https://www.ceda.com.au/NewsAnd... View
nobody - 3 hours ago
According to the IEA there are over 450 nuclear power reactors in over 30 countries (2018). Many of these countries don’t w... View
Food & Wine 1