Another Year in the Australian Snow – 2009 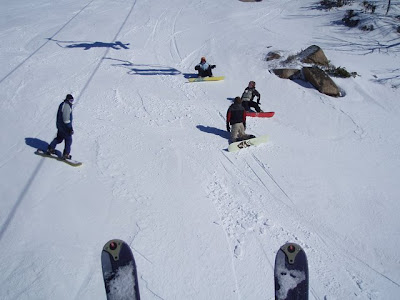 Got upto to the ski fields on the weekend and while it rained on Friday arfternoon, that eventually turned to snow, bringing 10 cm of fresh cover for Saturday morning. However, discovered on arrival in Jindy that there had been a sewage leak into the local water supply and so everyone was buying up bottled water (take that Bundanoon). Also ran into Triple J’s Lindsey “the Doctor” McDougal at a Jindabyne pizza joint, where he was very politely bringing back a vegan pizza because it had cheese on it.

Saturday was the pick of the weekend with fresh snow, low winds, and sunny skies. Sunday saw the winds increasing and some lifts shut around Perisher. When the lifts close, the limited space starts to get very crowded and those hooligan snowboarders start lining up to run into you. So it was time to wander over to Tube Town and have a play away from the masses.

The weather yesterday and today should have brought in a good dump of new snow, lets just hope that the strong winds doesn’t blow it all away again. In my uneducated opinion, if the winds drop off Thursday and Friday could be some of the best days of the season so if you have the chance to sneak away, go for it. 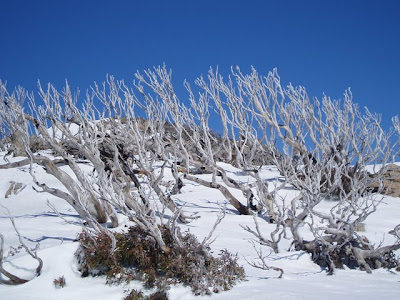 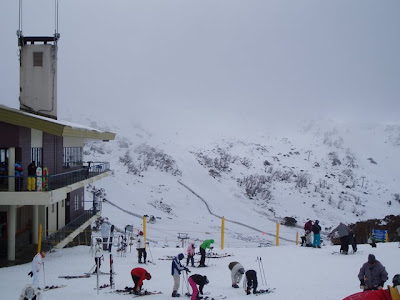 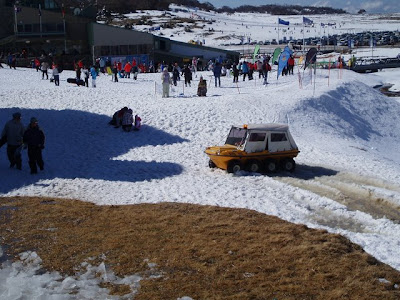 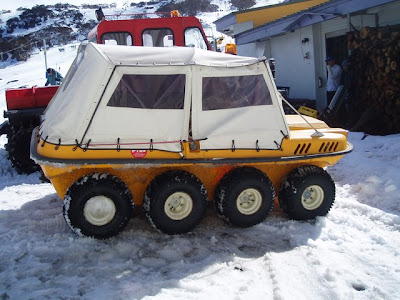 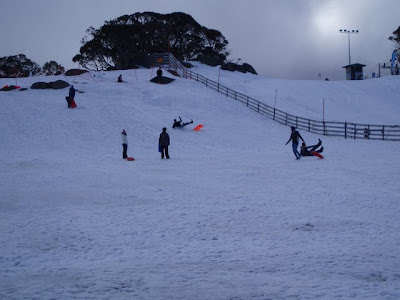 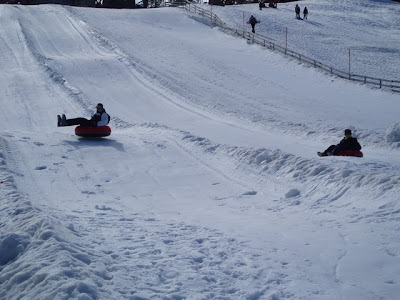 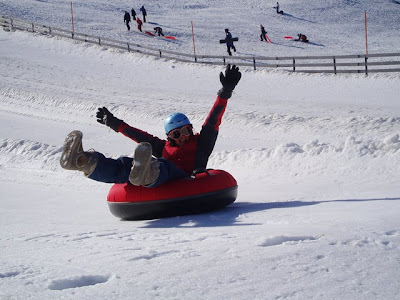 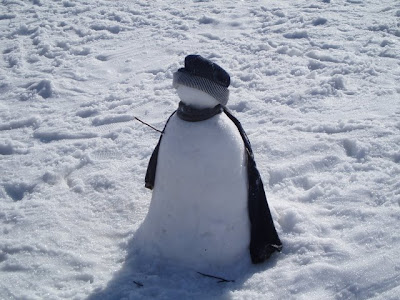 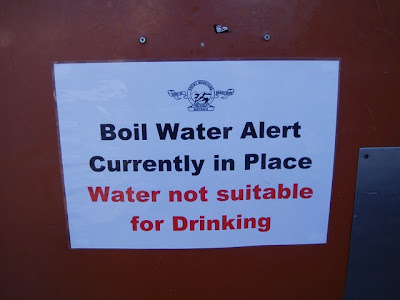 Speaking of doctors at the snow, there was a piece in the Snowy Times when I was down there with the tin lids for some snowplay 2 weeks ago, where the doc was talking about some of the injuries he sees.

One led to total cringe: he had a guy who had a skier run over his face – and peeled it off…the face that is.

It’s not a personal thing at all Rider. I just queried your assertion that Australia doesn’t have a deep skiing culture.

I would have thought that he fact that Australia has a skiing tradition that boasts not only the world’s first ski club (established in 1861) and the world’s longest continuously operating ski club and that fact that we have participated in the Winter Olympics since the Garmisch-Partenkirchen Games in 1936 would suggest that we do indeed have a deeply established alpine sports tradition, albeit one that may not be immediately evident to someone who has only been involved in snow sports for such a short time.

This post was mentioned on the Robbie, Mareike and The Doctor show on JJJ this morning. They didn’t name the website but read out the first bit of the post relating to meeting The Doctor in Jindy.

boarders and skiers are like cats and dogs,they are not natural enemys,but they just hate each other,such a shame cause we all just want to enjoy the snow,so we should have a common bond,we should all just try to get along,like a beatle once said”all you need is love”.

I just got back from 4 days at the snow, right through the blizzard weather they just got!

Monday was average, windy and not much coverage, but after the dumping down on Monday night, Tuesday made for some great fun, even though it was still blizzard conditions.

I was a complete newbie on the snow and am now very very sore from all the falls, but overall a great weekend.

And to the OP, no, I saw more problem skiers than I did problem borders. 😛

I’m guessing that you haven’t been into skiing for that long Rider.

no im a snowboarder not a skier,and please dont make this personal,and no ive been riding for about 15 years and have tried skiing and its too easy.i didnt make a personal attack against you.

I just got back from 4 days at the snow, right through the blizzard weather they just got!

Monday was average, windy and not much coverage, but after the dumping down on Monday night, Tuesday made for some great fun, even though it was still blizzard conditions.

I was a complete newbie on the snow and am now very very sore from all the falls, but overall a great weekend.

And to the OP, no, I saw more problem skiers than I did problem borders. 😛

Every time i see that buggy at Perisher if think of “Fleegle, Bingo, Drooper, and Snorky”

But theirs were 6 wheelers and this is an 8 wheeler.

I’m guessing that you haven’t been into skiing for that long Rider.

Blue Cow looked sweet in your pic. There’s been about 30cm last 2 days, so that will really help save what looked like season done and dusted last week.

hey hey hey stop picking on snowboarders,ive ridden all over the world and two weeks ago i was at Perisher and was totally blown away by the amount of idiot SKIERS that dont follow the basic rules of snow sports,Australia has only had a real ski culture for a few years and i dont think alot of people dont give way to people below or down hill from them,i couldnt count on both hands how many times i was hit from behind by skiers going flat out in slow area or beginner slops,if you do this in europe or canada or anywhere else in the world the snow police take your lift ticket and it costs alot more to get one the next day.Respect respect respect all people on the slops no matter if the ski or board we all want to enjoy ourselves without injury,because of a FOOL skier with no respect for no one even himself,i have now got a ruptured disc in my back,but he has a sore nose.dont mess with the riders.

We had a great weekend in Thredbo too – some really wonderful little stashes of wind-blown powder about if you knew where to look.

I’ll second VY’s observation about idiots on the roads – You only have to spend a short time of that stretch of bitumen between Canberra and Jindabyne to learn that Canberra drivers certainly dont have a franchise on seriously bad driving habits.

Went up on the weekend. Other than the moronic behaviour on the roads, it was really good.