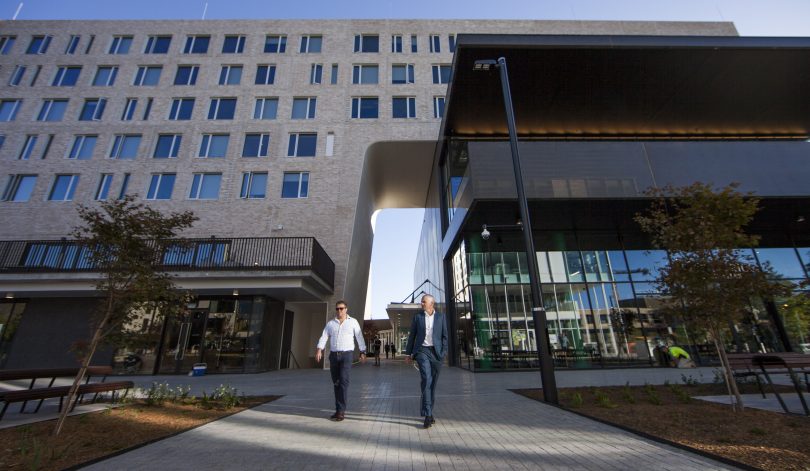 ANU vice-chancellor Brian Schmidt has extended an open invitation to the Canberra community to visit the university’s new $263 million Kambri precinct, which he called the most ambitious and significant single development in the University’s history.

Opening the multi-use precinct on Monday (11 February) before dignitaries, guests and Indigenous elders, Professor Schmidt said Kambri was a contemporary community space that set a new standard and could take its place among the finest in the world.

He said the ANU held an important space in the centre of the nation’s capital and in developing the precinct the university considered how it could extend that sense of connection to the city and the Canberra community.

Vice-Chancellor Brian Schmidt speaks during the opening of the new Kambri Precinct at the ANU.

“Through the opening of University Avenue, we have created a direct link between the city and our campus,” he said.

“We will welcome our extended Canberra family to join us for a coffee, read a book, watch a movie or attend a thought-provoking public lecture, followed by a debate with friends and family over a glass of wine.”

Its Cultural Centre includes a cinema, drama theatre and hall which “will become a new destination to hear from the brightest minds and big thinkers from around our campus, our nation and our world”.

By night it will morph into a venue for live bands and performances.

“We will regain our reputation for being Canberra’s home for live music!” Professor Schmidt said. 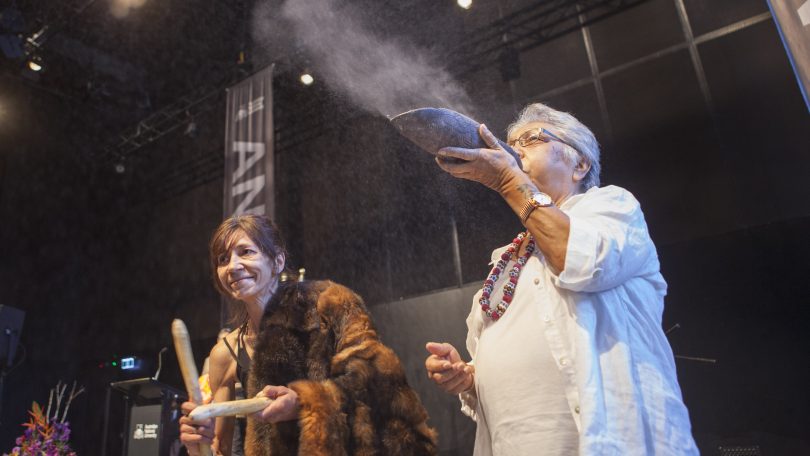 Indigenous elder Dr Matilda House during the opening of the new Kambri Precinct at the ANU.

The names of the five buildings and new streets honour those people who helped shape the ANU, including Di Riddell, Dr Marie Reay, Senator Dorothy Tangney, and Dr Germain Joplin.

Caroline Lane Walk is named after ‘Queen’ Caroline Lane, a figure held in the highest esteem by both Indigenous and non-Indigenous people in her lifetime, and related to many of the contemporary Ngunawal and Ngambri families who are the traditional custodians of the land where Kambri is sited.

Professor Schmidt also unveiled a new addition to the ANU’s already impressive art collection, Sidney Nolan’s Eureka Stockade, which was donated by the Reserve Bank of Australia and will hang in the Cultural Centre. 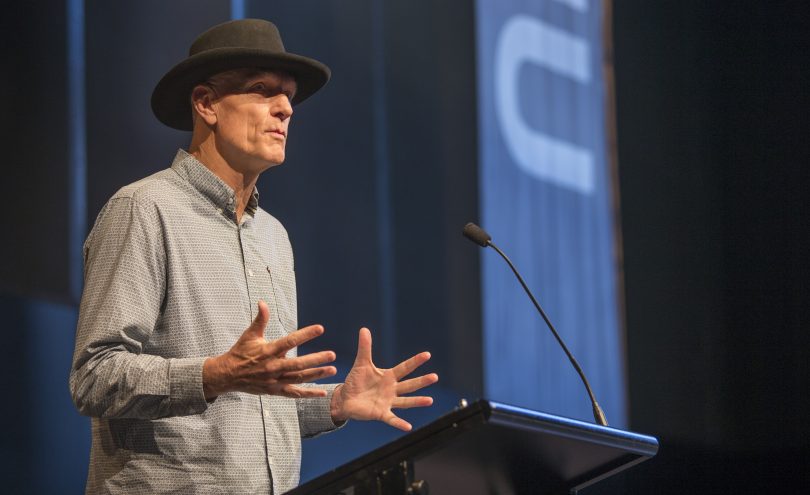 Peter Garrett speaks during the opening of the new Kambri Precinct at the ANU.

@the_riotact @The_RiotACT
With work-from-home and workplace flexibility now the norm, businesses are focussed on creating offices that are more homely and enhance staff wellness. Specialist #office space business #Burgtec has some novel solutions https://t.co/I1bnCGMuRp (9 minutes ago)