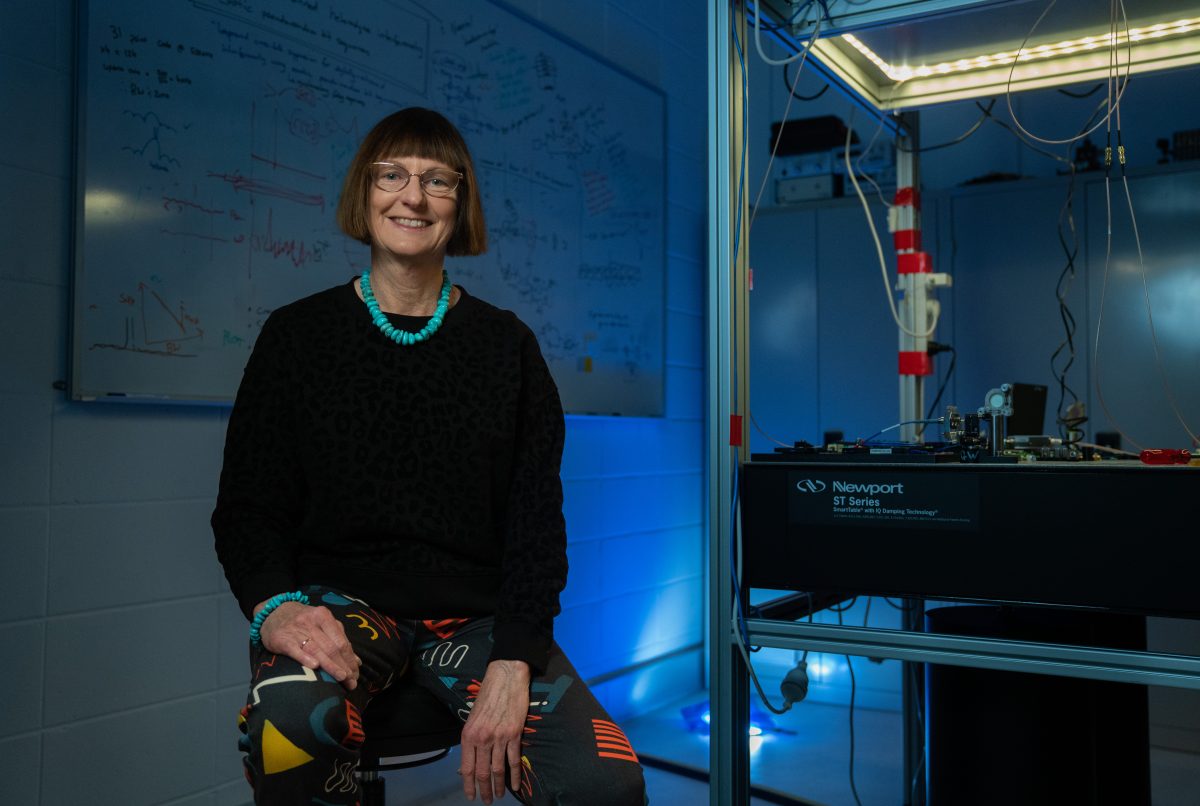 Distinguished Professor Susan Scott is the first Australian ever to be elected to the International Society on General Relativity and Gravitation. Photo: Tracey Nearmy/ANU.

Australian National University (ANU) professor Susan Scott has become the first Australian elected as a fellow to the International Society on General Relativity and Gravitation (ISGRG).

Distinguished Professor Susan Scott is a theoretical physicist at the ANU who works to understand more about space-time, the universe, black holes, and most notably, gravitational waves.

She has been working on the topic since the 90s and was a part of the group of scientists that detected gravitational waves for the first time.

The election places Prof Scott among numerous top scientists and Nobel laureates around the world including Kip Thorne, Stephen Hawking, and Roger Penrose.

Only a handful of fellows are elected to the ISGRG each year, with about 50 elected fellows currently in the world.

Prof Scott said she was honoured to be elected.

“It was an incredible surprise for me and a fantastic recognition of all the work that I’ve been involved with,” she said.

As the first Australian to be elected as a fellow, Prof Scott said she felt Australia was being recognized on a global scale.

“With this election, I feel that Australia is now being recognized across the world for the work it can do,” she said.

“Currently we don’t have a gravitational wave detector in the Southern Hemisphere, so we have been providing information to various international partners.”

READ ALSO Caroline Kennedy arrives in Canberra as new US Ambassador: ‘Please come up and say hello if you see me’

With the new technology and innovations such as the James Webb telescope, Prof Scott said the future was very bright for gravitational research.

“There is work being done now to create a new generation of gravitational wave detectors and alongside the James Webb telescope the future is very bright for us,” she said.

“I’d like to see the creation of a global network of detectors which should be possible with the new detectors and powerful telescopes that are being made.”

Prof Scott said that her election means she now has a wider platform to grow her research.

She’s currently involved with the Einstein-First education program, a program that aims to explain physics to school kids between years three to ten around Australia in an easy to understand and hands-on way.

Great news! Well done Professor Scott, and those you’ve been working with over the years.

Thanks very much George

Great to hear & well earnt recognition for Prof Scott, doing Canberra & Australian science proud! The Society’s website and ‘history’ page is well worth a visit. In a cycle of seemingly endless bad news, us arm chair ‘scientists’ can only sit back and admire the fine minds and work of Prof Scott & other fellows raising humanity’s collective understanding & vision. http://www.isgrg.org/history.php

Thanks very much Matthew. It is very heartwarming to hear from one of the arm chair `scientists’ in Canberra. Indeed, with endless bad news, it is the pursuit of science and its excitement and inspiration which gets me up every day of the year!