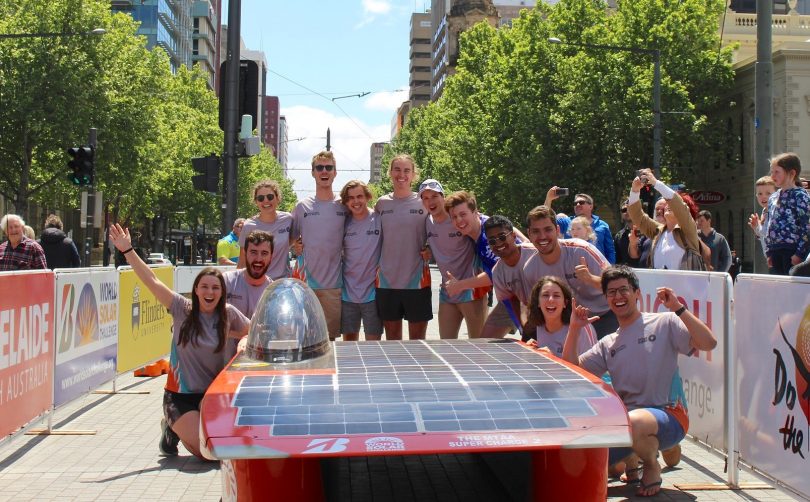 For this special kind of car race through the middle of Australia, you won’t hear the call, “Drivers, start your engines”. Rather, teams in the Bridgestone World Solar Challenge, including a group of 30 from the Australian National University, will literally be chasing the sun.

While this year’s World Solar Challenge will be a more localised affair due to the COVID-19 pandemic keeping foreign teams from entering the iconic race, the biennial event will still be run in a modified format with the Australian-based teams running their own form of the race to keep the wheels turning on motoring technology.

The members of ANU’s solar racing team have come too far down the track to miss their time in the sun.

The team’s sponsorship lead, Indira Shinn Rees, says the technology in the vehicle is getting more cutting-edge each year as the boundaries change to ensure each component of the vehicle is operating with maximum efficiency.

From the soldering of solar panels to the car’s suspension, electronics and sharkskin surface that is aerodynamically designed to have less drag, the moving parts in the vehicle will drive future modes of transport.

“We’ve been doing a huge amount of testing on things such as our battery management system and our CAN network,” Indira tells Region Media.

“If we know where every joule of energy is going, we can work out how to optimise the system.” 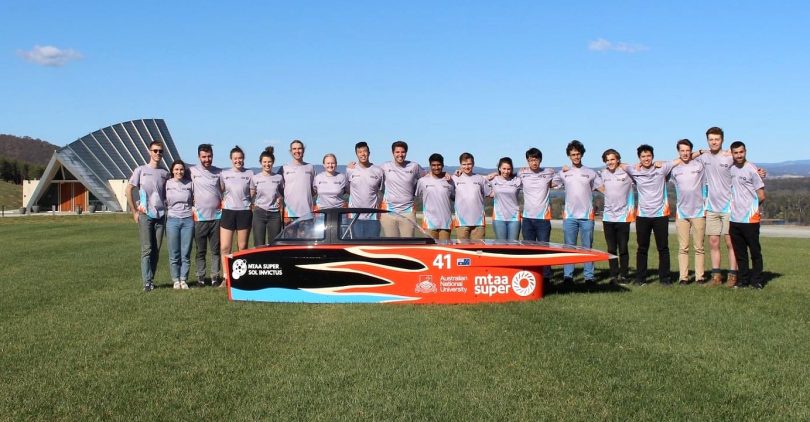 The ANU Solar Racing team will still compete in a modified version of the World Solar Challenge this year, despite COVID-19 restrictions. Photo: Supplied.

A former political science student, Indira switched to engineering once she saw the detail that went into the components and software that keeps the solar car on the road.

“I think one of the coolest pieces of technology in the car is the simulation component that tells us what the road and weather conditions will be like,” she says. “This tells us the optimum speed we can travel with the least amount of energy.”

The Bridgestone World Solar Challenge has been running for more than 30 years, starting from Darwin and travelling more than 3000 km through the middle of Australia to Adelaide. It usually takes between three to five days to complete.

The race usually attracts more than 40 teams from 30 different countries, gaining significant global attention, with entrants from prestigious universities such as Stanford, MIT and Cambridge, as well as private enterprises like Volkswagen making the trek. 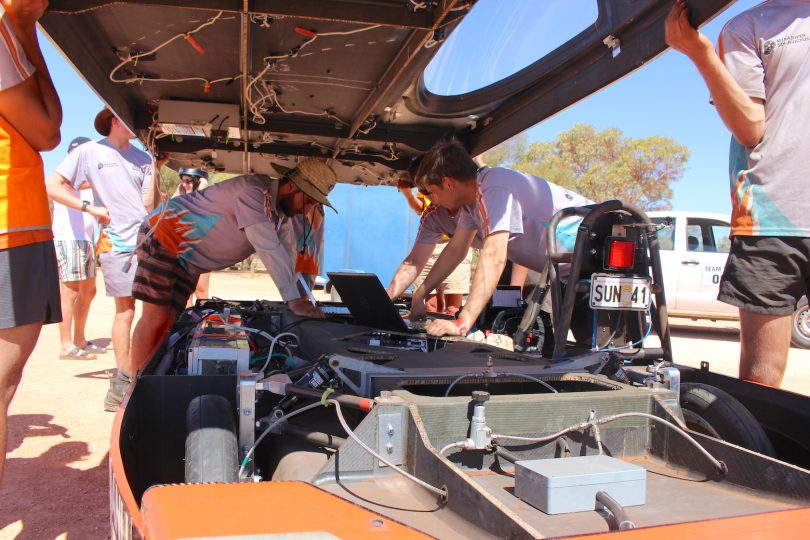 Under the bonnet of the ANU’s solar-powered vehicle. Photo: Supplied.

The ANU team has managed to refine its previous entry with its new vehicle tipping the scales at just 220 kg, while making allowances for a driver.

Even the driver’s compartment is an exercise in efficiency. It’s not a space for the claustrophobic.

“The driver needs to be short and under 80 kg,” says Indira. “The cockpit isn’t designed to be comfy and the driver has to do a lot of training to meet the requirements. During the drive, the cockpit gets up to 50 or 60 degrees and the steering is really difficult so it’s quite an arduous job.”

ACT Minister for Water, Energy and Emissions Reduction Shane Rattenbury says the World Solar Challenge is the perfect vehicle to promote Canberra as the home of renewable energy innovation.

“It’s exciting to know some of that inspired thinking is happening right here in Canberra with the ANU Solar Racing team,” he says.

“Now that the ACT has reached a nation-leading milestone of reducing greenhouse gas emissions by 40 per cent on 1990 levels, we have turned our focus to the challenge of transport emissions and fossil fuel gas.”

For the ANU Solar Racing team, its challenge is in how far it can push the boundaries of technology, with some former team members now working for major car manufacturers on aerodynamic designs for vehicles.

“We really want to excite and inspire people to use solar technology and electric vehicles because that’s what the future is going to be like.”

You can find out more about the team’s work on the ANU Solar Racing website. 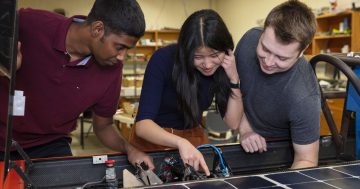 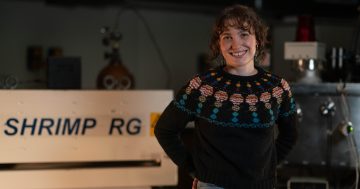 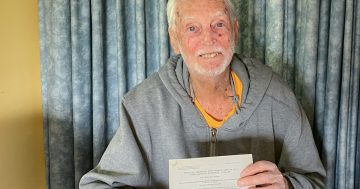 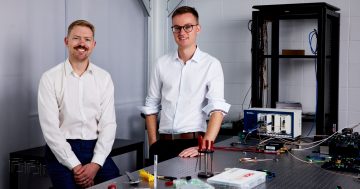 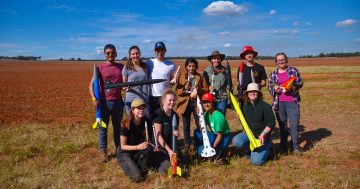 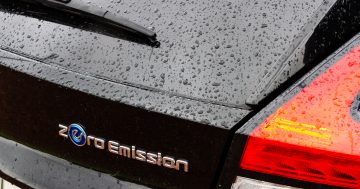