Anyone know what’s going on near the Chinese Embassy? 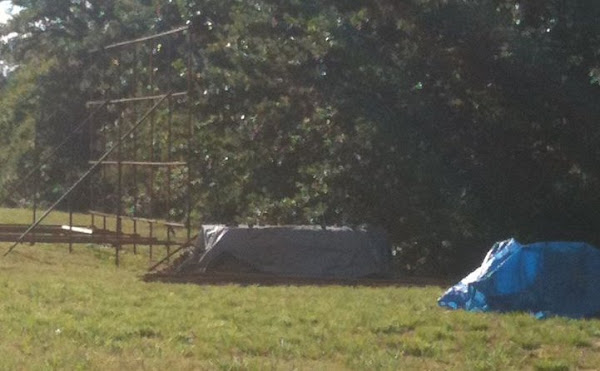 On my rides home over the last week or two I’ve been watching a bunch of Chinese workers (all wearing enormous straw hats) missioning about in the area bordered by Forster Cres and Flynn Drive in Yarralumla. From memory the site is reserved for an even greater monstrosity than the present Chinese Embassy, located adjacent. Having cleaned up the site and mown, they’ve now built the beginnings of a colourbond fence, as well as some sort of scaffolding, which presently looks like the beginnings of an outdoor movie screen or some such.

OH and S standards differ from those one normally encounters in Australia, with a circular saw and other tools being operated on at ground level and power supplied by at least 200 metres of extension cable running over to the Embassy. Anyone have any idea what this small army is up to? 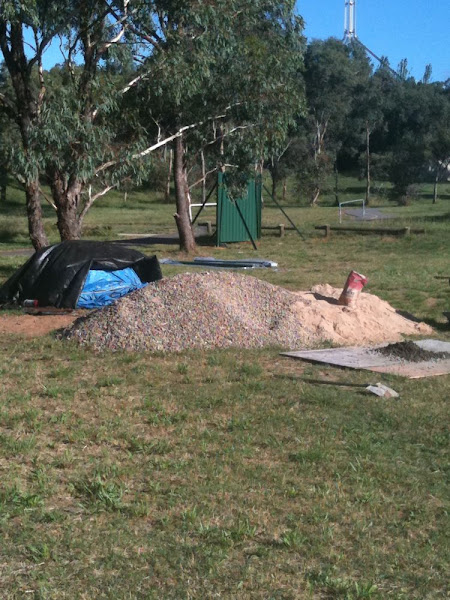 9 Responses to Anyone know what’s going on near the Chinese Embassy?
Filter
Showing only Website comments

Original post was right. It is the new Chinese Embassy site. NCA have given approval for the fence to be there for two years.

An internment camp or a propaganda cinema as requested by their wonderful communist masters in the motherland.

This is how the annexation of Tibet started…!

What I thought was one of those ‘traffic counters’ laid out over the bike path actually turned out to be their power cord! Must be one hell of an extension cord – it goes under the bridge and all the way to the Chinese embassy.

This is just dreadful. How could a 2 metre tall colorbond fence have been approved to be erected in that spot? That cycle path was lovely and now its just a corridor between Flynn Drive and a huge colorbond fence. They have stolen the lovely woods’ view. That fence is completely incompatible with the lakeside venue. If a fence is needed surely it could be a wire fence so the view remains. Who wants to walk/cycle beside that awful fence. I can’t believe it has been allowed.

There’s a big green colourbond fence going up. It runs from Forster Crescent about two thirds of the way to Alexandrina Drive. Is this the new Embassy site?

I’ve noticed this too. It doesn’t follow the classic NCA development pattern….

Cheryl Thuillier - 50 minutes ago
Was a great place. View
Opinion 128

@the_riotact @The_RiotACT
In the last week alone, @genesisowusu took home 4 ARIA and two Triple J awards. We sit down with the #Canberra artist behind Owusu's most iconic piece of gold jewellery - his gold grill https://t.co/r576TmanM0 (39 minutes ago)