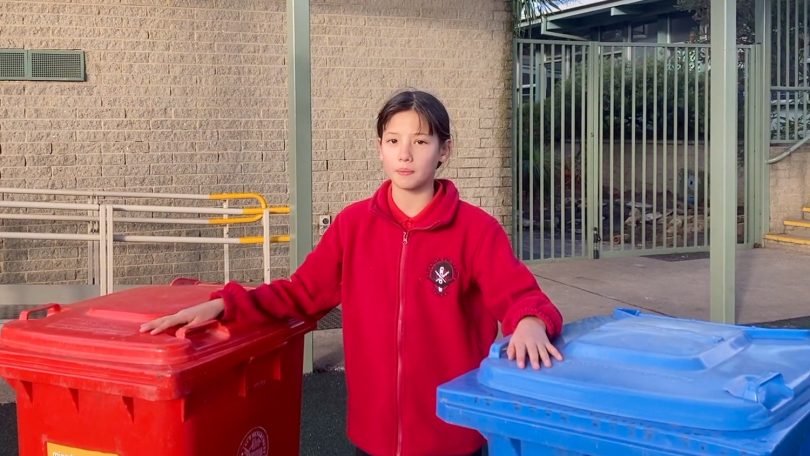 Food companies beware – the kids have got you in their sights if the anti-plastic warriors at Aranda Primary School are anything to go by.

As part of a campaign to rid the school canteen of packaging waste, particularly plastics, Year 6 student Yassine Andrews last October wrote on behalf of the school’s environment group, G-Force, to three manufacturers of products it had identified on the menu as being a problem.

The letter suggested the companies – Mrs Mac’s Pies, Just Juice and Bulla – find sustainable alternatives and that it was recommending the canteen stop stocking their products until it stopped using plastics.

Only Bulla responded saying it was in the process of changing their packaging.

The canteen still hasn’t stopped selling the products but the kids’ waste campaign has won over the P&C canteen committee and principal Phil Gray, and the canteen is exploring using reusable cups for juice and sourcing pies locally without any packaging.

It’s a fire spreading to other P&C-run school canteens that are also grappling with the waste issue.

The ACT Government’s single-use plastic ban has also made a difference but ACT Council of Parents & Citizens Associations’ Janelle Kennard said the canteen committees are keen to do more.

“We recently had a meeting for P&C-run canteens and waste management was actually the hottest topic,” she said. 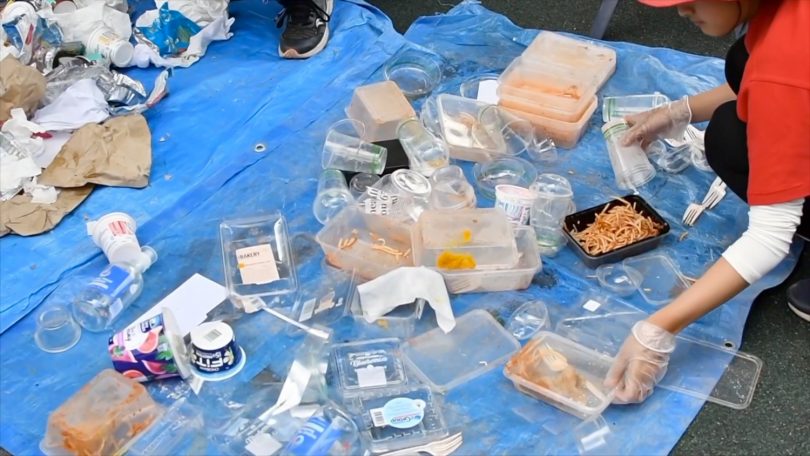 Some of the packaging revealed in the waste audit. Photo: Plastic Oceans.

Yassine’s mother and now a canteen committee member, Janaline Oh, said the kids are keen for other schools to write to the manufacturers about the products on their menus.

“We can do more to share each school experience and talk through what works,” she says.

For Yassine, it’s been a long campaign that began two years ago in Year 4 when she wrote a letter to the canteen committee asking that they take action on plastic packaging.

Nothing happened so she wrote a more detailed proposal about how it could change to a more sustainable footing.

Then she was told that wooden forks could be dangerous if broken, so Yassine conducted experiments to show much force would be needed to break the forks and how sharp they might be.

Janaline said her daughter can be stubborn but even she was getting disheartened, until she joined up with the Plastic Oceans group within G-Force that gave her and her friends the platform to approach the school leadership which got behind them.

“It reinforced in her the value of collective action,” Janaline said.

“And it was just more fun to do stuff with friends.”

Yassine said it is one of the most important things she has learnt.

“It’s better to do it in groups – it’s more fun and less pressured,” she said. 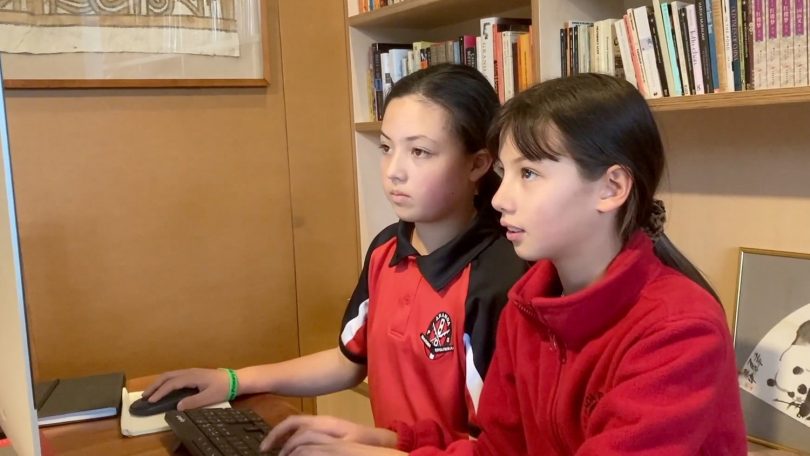 That work included conducting a waste audit that found the canteen was the main source of plastic, surveying families who said they were prepared to pay more for products without packaging and wanted healthier food, and researching options for reusable cups and containers.

They even made a video for Plastic Oceans Australasia.

The result is a new menu, less waste and research that G-Force coordinator Myriam Davies says will make a big impact on the school in coming months.

Another waste audit looms in Term 4 which should provide an accurate picture of how far the school has come.

But Yassine is the first to admit there is more work to do.

While the canteen is now using foil containers with cardboard lids, she would like to see the reusable cups and containers in use before she leaves.

And she will keep writing to the food companies and annoying them until they change.

Unsurprisingly, Yassine would like to be a project manager.

Yassine has also been asked to be a Plastic Oceans ambassador during September for its Picnics Unwrapped awareness initiative.

That’s meant more letters, this time to the Governor-General, Senators and MPs asking them to host a plastic-free picnic, and she will host a picnic at the school.

Mr Gray said that Aranda likes to send their students off to high school being able to contribute to their society in a positive way.

“And that’s why teaching sustainability in our school really helps students to be informed, and when they are informed hopefully they can continue to make decisions to improve their world.”

TheSilver - 8 hours ago
I'm not. The only two real world usage studies I mentioned predate what's happening now. View
Jacob Mulholland - 9 hours ago
The vaccine isn't a shield or a cure. You can get the flu vaccine but still get the flu, just not as much as compared to some... View
chewy14 - 11 hours ago
JC, Definitely agree with that, testing in those high risk settings should be a given.... View
Breaking 1

kenbehrens - 11 hours ago
You are correct. The issue is a moral one. A few companies have voluntarily repaid Jobkeeper, but most will just keep it. It'... View
chewy14 - 11 hours ago
Phydeaux, Putting in recovery provisions would have made businesses far less likely to access Jobkeeper, the exact opposite o... View
griffite - 12 hours ago
Exactly, so much for "good economic managers" - who designs a scheme that excludes any accountability or ability to reclaim g... View
News 43