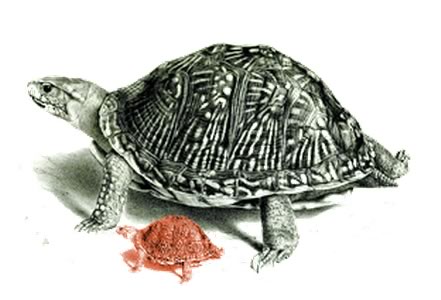 “Even in Arcadia, there is death.” But that’s fine, there’s plenty of sex to balance things out. Stoppard’s sex comedy/romantic ode to science still delights in a decent but flawed production by Canberra Repertory and veteran director Aarne Neeme.

This is a play of two halves. In the early 1800s live-in tutor Septimus (Matthew Barton) tries to navigate both complex philosophical conversations with his gifted student Thomasina (Amelia Green) and his own romantic misadventures. Meanwhile – in the present – academic Hannah (Lainie Hart) sifts the fragments left behind to discover the identity of a mysterious hermit while also navigating her own romantic misadventures. Passion, whether for knowledge or for another person, drives the characters and finally these strong feelings blend past and present together in an eternal now. Love is, after all, in its own way a scientific law of the universe.

With two different time periods comes two different casts and each era has its own distinct feeling. The modern era is kinetic, in no small part because Lainie Hart’s excellent performance commands the stage. She is always busy even when the conversation (inevitably) turns to philosophy, keeping the audience watching as well as listening. She is joined by Sam Hannah-Morrow and Pat Gallagher who provide the other two points of a love triangle that mixes professional collaboration with personal longing. The exchanges between Hart and Hannah-Morrow are sublimely tender while Pat Gallagher’s unfaltering self-confidence – and smug condescension – leads to conflict after conflict. Overall this love triangle was the most engaging part of the play.

The scenes in the past are (appropriately enough) more slowly paced. Perhaps by directorial choice they lack the energy of their modern counterparts and have a stately, picture frame feel. Unfortunately in practice this means that these scenes are very static. Septimus and Thomasina are frequently only sitting and talking and some unfortunate blocking choices mean that Septimus delivers some key dialogue with his back to part of the audience. Amelia Green is splendid as Thomasina, gently ageing the character into maturity over the course of the play, but the staid presentation of these scenes does not give her the chance to shine that she deserves.

A large part of the problem is the set. It’s been designed to evoke a large country mansion but its cavernous space demands a lot of energetic work by the performers to fill it up. The more experienced members of the cast are up to the task (Helen McFarlane enters her every scene like a whirlwind) but for many of the others using the space becomes an uphill battle. I do not feel that the performers are at fault here: either the set could have been designed differently or the director could have used blocking that made better use of the space.

I did enjoy the show but these drawbacks kept a good show from being great. This is a dependable realisation of an excellent script that will entertain but is unlikely to be remembered as a definitive interpretation. The actors also make conservative choices, with the recognisable faces in the cast not straying far from things they’ve done before. They’re doing what works but when you’ve seen the same thing in so many other plays it’s not particularly exciting to watch. That said, Stoppard’s script is so strong that it will sustain the audience through the lulls. This is a play about passion; it’s a shame that the show is not as excited and engaged as its writer and his characters.

Having recently seen a number of plays in the Oxford area (5 in 9days) I took to checking reviews against subsequent performances and found the Directors usually reacted positively to constructive criticism by introducing modifications. I think in this instance the Director has reacted to the slowness mentioned in this review, but could still improve the early parts by Septimus and Thomasina such that the audience could hear every word. I could not, at four rows from the front and with perfect hearing. There is still time, though not much.

As an actor I know just how much a show can change over its run. Unfortunately as a reviewer you only ever get a snapshot of the show. Sometimes shows start to come together after they open, in other cases the cast loses its discipline and the show actually deteriorates.

Having recently seen a number of plays in the Oxford area (5 in 9days) I took to checking reviews against subsequent performances and found the Directors usually reacted positively to constructive criticism by introducing modifications. I think in this instance the Director has reacted to the slowness mentioned in this review, but could still improve the early parts by Septimus and Thomasina such that the audience could hear every word. I could not, at four rows from the front and with perfect hearing. There is still time, though not much.

@The_RiotACT @The_RiotACT
How do you rate @Channel7’s coverage of the Tokyo Olympics? Given the circumstances, Tim Gavel, who's commentated at seven Olympics, says it's been remarkable https://t.co/YMoHbEE7Md (29 minutes ago)