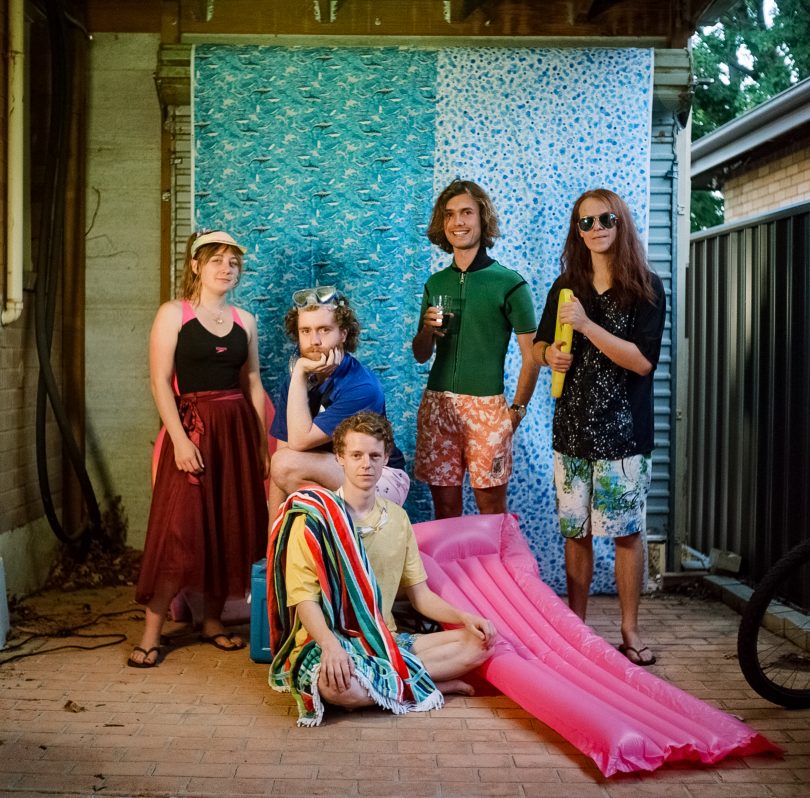 If you like: The Hard Aches, Ceres & Ball Park Music

The past couple of years have been big for Helena Pop, with a National Live Music Awards nomination, the release of their debut EP ‘You Said You Loved Them’, being voted in to CBR DIG’s Top Ten Songs of 2018 countdown and seeing their single ‘How to do a FOLEY break and repair yourself’ added to rotation on triple j Unearthed. They’ve also supported the likes of AJJ, Jess Locke and Ceres and played to sold out rooms around the country.

Helena Pop began when double bassist and composer, Ben Drury, sat on a dingy basement stage in Canberra next to singer-songwriter Jack Livingston who was playing some sad songs. To that point, Livingston had toured with the likes of Wil Wagner, Georgia Maq and Spencer Scott. Now featuring members of Moaning Lisa, The Lowlands and Azim Zain & His Lovely Bones, the five-piece have toured their experimental version of emo-folk all over the country.

You can find them on:
Triple j unearthed
Spotify