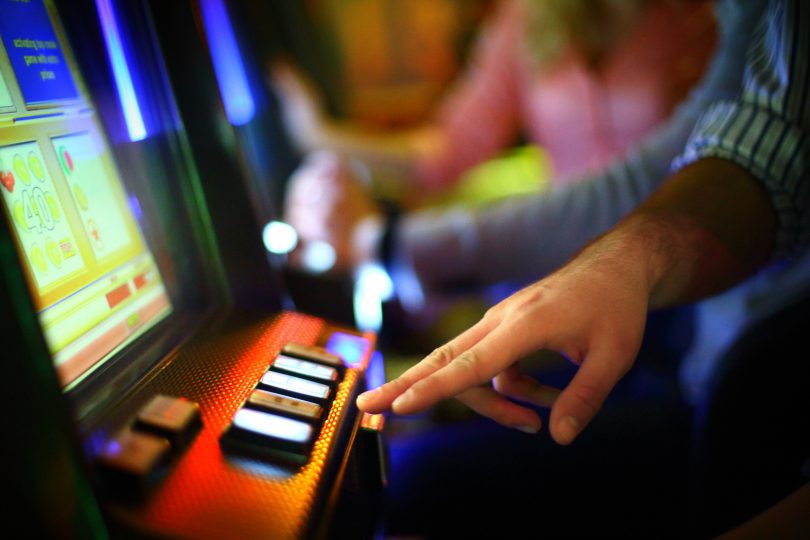 “We are deeply disappointed that by ACT Labor and the ACT Liberals voted against this policy,” says ACTCOSS CEO Emma Campbell. Photo: File.

A motion from the ACT Greens to introduce bet limits on poker machines in Canberra received just two votes in the Legislative Assembly yesterday (23 July) when the remaining 23 Labor and Liberal members voted against the motion.

While there is currently a $10 per spin betting limit on poker machines in the ACT, ACT Greens leader Shane Rattenbury was pushing to reduce the bet limit to $5 per spin, while also proposing a $100 load limit when people commence betting.

Load limits prevent a player from putting in more money than a prescribed amount. A $100 limit means a gambler can put in two $50 notes in a machine and no more. That person can play that amount down to zero and then put in two more $50 notes. It does not disable the machine.

There is also no requirement to display the time spent gaming, or place a cap on playing times.

Mr Rattenbury argued that relying on revenue from problem gamblers was unsustainable and irresponsible for ACT clubs which have struggled under the restrictions from the COVID-19 pandemic.

He said the ACT Greens had received assurances from gambling-harm experts that it is technically feasible to adjust poker machines but that it would take up to 18 months to implement the changes across all ACT poker machines.

However, Clubs ACT chief executive Gwyn Rees accused the Greens of misleading the community on technical aspects of gaming machines, including how bet and load limits work.

“They have argued you can play machines faster here [in the ACT]. This is wrong and demonstrates they have no idea of the causal link between the policy or problem gambling. They have no idea if it will achieve the aim,” Mr Rees said.

“The Greens are also cherry-picking policy. For example in Queensland, where the load up limits exist, poker machines are able to take accept $50 and $100 notes. In the ACT, we are restricted to $20 notes.”

Mr Rees also took aim at the Greens’ claim that allowing clubs to reopen with gaming facilities would increase the risk of spreading COVID-19.

“The approach by the Greens to frustrate and delay the reopening of clubs with misleading statements is grossly insensitive at this time – 2000 employees, their supplier employees, management, volunteers and board members all want to get back to work and serving their communities.”

CEO of the ACT Council of Social Service (ACTCOSS) Dr Emma Campbell said the proposed reform to bet limits was a welcome recommendation to reduce gambling harm in the Canberra community.

“We are deeply disappointed that ACT Labor and the ACT Liberals voted against this policy aimed at protecting Canberrans and their families from the pernicious impact of gambling addiction,” she said.

She said research suggests that more than 47,000 people – or nearly 12 per cent of the ACT population – are affected by gambling harm, and the estimated social harm caused by gambling harm is costing the ACT $214 million each year.

“ACTCOSS recognises the important role that community clubs play in Canberra. However, research shows that much more needs to be done by clubs and the government to diversify revenue away from pokies.

“The recovery from COVID-19 presents a great opportunity. We have heard from people who have welcome relief from their addiction due to the shutdown,” Ms Campbell said.

ACT Greens gambling reform spokesperson Rebecca Vassarotti said every other jurisdiction except for NSW nd the ACT had moved to limit bet limits to $5 per spin.

“Here in the ACT, people can lose more than $1000 an hour playing the pokies,” she said yesterday.

“Bet limits were recommended by the Productivity Commission a decade ago. We have been assured by gaming harm reduction advocates that $5 bet limits can be implemented without technical challenges, and we’ve seen it occur interstate.

“The Government should act now to secure a safer environment for people who have experienced gambling harm, and support them to avoid a return to previous loss levels especially at a time when so many people have lost their jobs or are under more financial stress due to COVID.”

Mr Rees pointed to $2.4 million sitting in a fund earmarked for gambling harm and mitigation measures.

“The ACT Government is decimating our club sector on a purported gaming harm platform, yet is failing to spend funds raised to help Canberrans impacted by gambling,” he said.

Gambling researcher with the Australian Gambling Research Centre Dr Charles Livingstone has delved into the relationship between poker machine gambling and socio-economic disadvantage, and the relevant harm minimisation policies and strategies.

He said electronic gaming machines in Australia are well known for their ability to maximise users’ spending and the time spent on the devices, but Australia had been slow to develop adequate policy responses to reduce harm.