Assisted dying: Barr says Feds should deal with issue that won’t go away 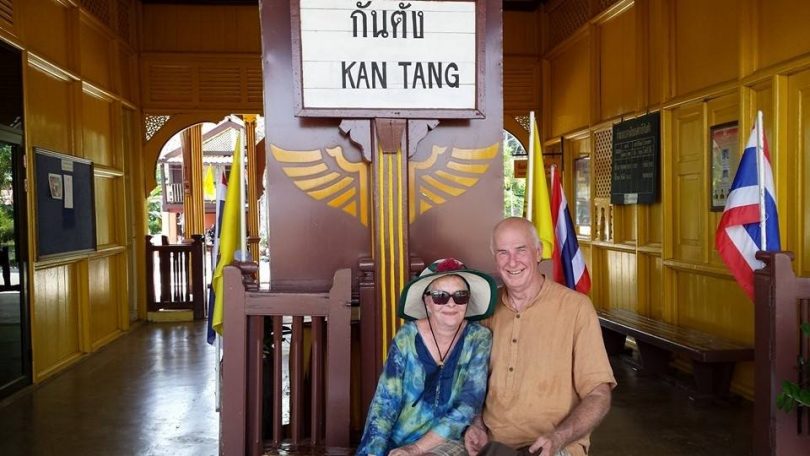 Chief Minister Andrew Barr has called on the Federal Parliament to tackle the thorny issue of voluntary assisted dying after the dropping of an aiding suicide charge against a Canberra man.

Prosecutors decided it was not in the public interest to pursue the charge against nurse Neil O’Riordan who helped his partner of 35 years, motor neurone disease sufferer Penelope Blume to die, saying the consequences would be ‘unduly harsh’.

Ms Blume, also a nurse, died in Mr O’Riordan’s arms at their home on 15 March after he used a modified item that ensured she was unconscious before she died.

ACT Director of Public Prosecutions Shane Drumgold said in his reasons for the decision that he did not intend it be a green light for assisted suicide in Canberra.

Mr Barr said the issue would not go away and that it was unfair and undemocratic that the ACT and Northern Territory were not able to consider it within their parliaments.

“I said at the time Victoria passed its legislation that it was absurd that you had a scheme in place in Australia but the Territories couldn’t consider the matter,” he said.

“It’s only going to become increasingly absurd as more Australian states move on this question of voluntary assisted dying and end of life issues.”

Mr Barr said that if the ACT and NT could not deal with the issue then the Federal Parliament should.

“That blanket ban is undemocratic,” he said. “In the short term it might mean that it’s the Commonwealth that might have to legislate in this area for the Territories. If they’re not going to allow Territory parliaments to undertake this work, the alternative approach is for our Commonwealth parliamentarians to introduce legislation that would apply in both Territories. That could be another way forward.”

He said the ACT Government had advocated very strongly for Territory parliaments to have the same right as states and he had taken the matter up with Federal colleagues.

“That would at least see some progress on an issue that’s important to Canberrans and Australians,” he said.

“This isn’t just about euthanasia – it’s about territory rights,” he said at the time.

While Victoria can choose voluntary assisted dying, the ACT cannot make its own laws on the issue. File photo.

Mr Barr said research showed more than 80 per cent of Canberrans wanted movement on this issue.

“But I think the threshold issue of whether it should be considered in the Territory is very clear.”

Otherwise there was potential for the issue to play out in the courts, he said.

A relieved Mr O’Riodan told the ABC that his action was something he would have to live with for the rest of his life but he believed assisted dying laws were “inevitable” and “strongly” urged legislators to listen to the community.

5 Responses to Assisted dying: Barr says Feds should deal with issue that won’t go away
Filter
Showing only Website comments

Yes, the Feds should deal with the issue that won’t go away, and continues to cause irreversible harm, financial stress, and poor health and transport outcomes to Canberra. Vote Barr and the Greens/ALP out.

Why should people be forced to suffer? And why should coal companies continue to receive subsidies?

Don’t you wish it would just go away. I’m sick of it being regurgitated all the time and people trying to turn it into a Territory rights issue.

Life is better than death. Always. I’d rather be alive than dead and we should stop legal attempts to make suicide more accessible. I’ve been there three times and I don’t want to go there again. Certainly not by relatives and others who just want me out of the way for whatever reason.

Death is death. It’s the end. You don’t get a second chance at life. You don’t come back the next day as another person with a clean slate. All attempts should be made to prolong life as much as possible.

Why not have a referendum – give Australia a chance to vote.

You obviously haven’t suffered anything worse than the common cold.

Paul Morshead - 4 minutes ago
Graeme McLennan you finally made a “list” View
Troy Scott - 1 hour ago
I think I will boogs I was pretty good at it at 7 View
Steve Hugler - 4 hours ago
Troy Scott there’s still time for you to make a shot put comeback mate. 3 years and you could be at the Olympics!... View
Community 37

Coral Alexander - 15 minutes ago
Charlotte Ellen yuuus as if you could miss it. Paola Leon you in?... View
Caroline Le Couteur - 2 hours ago
Please don't release a heap of plastic rubbish. We have enough problems.... View
Tracy Parker - 3 hours ago
Perth do a duck derby every year where around 15000 are released, they re use them and collect them all at the end of the eve... View
Sport 19

Dave Horsley - 17 minutes ago
How would a club like Penrith convince quality players to travel 6+ hours every week plus training when they could just join... View
Sione Nonehh Taufui - 36 minutes ago
Sione Taufui ouaaa 😂😂😂 party party... View
News 238

Lucy Doan - 18 minutes ago
Pls plant trees like those in inner North or inner South, do not convert new suburbs into Belconnen-style please! View
Jarrad Job - 2 hours ago
Doug Hovi Have to replace all the trees they cut down to make room for all the solar farms in the future🤣... View
Robert Woodrow - 3 hours ago
Tahlia Bruce or possibly not .... View
Lifestyle 30

Democratic equity demands that the Andrews Bill’s time has come