Collaboratively and competitively delivered across the nation
4 March 2022

ACT Public Service agencies do not know how much fraud there was or how much it cost. Photo: Michelle Kroll.

All ACT public servants should undergo mandatory training on potential fraud and corruption and be required to declare or not declare any conflicts of interests, according to the Auditor-General.

The audit considered fraud prevention planning and monitoring, the management of conflicts of interest and the provision of training and related fraud-awareness activities.

It found that the agencies had a range of policies and activities to prevent or minimise the risk of internal fraud and corruption but found inconsistencies in approaches, training and, in the case of conflicts of interest, too much scope for matters to go unreported.

The audit also found that the ACT Public Service agencies did not know how much fraud there was or how much it cost.

“A consolidated report of the total number of fraud incidents reported each year is not published,” the reports said.

“It is therefore difficult to establish what the full extent, source and cost of internal fraud are to the ACT Public Service, and what new vulnerabilities may be emerging.”

It indicated that CMTEDD and the ACT Integrity Commission should consider the need for such a report.

The report said that over the last five years, there had been 131 allegations of fraud by ACT public servants, and 42 were substantiated.

He said a shift towards ‘positive reporting’, which requires employees to declare that they do or do not have a conflict of interest, would help to ensure that conflicts of interest did not remain undeclared.

The agencies manage conflict of interest declarations differently, with CMTEDD and CSD keeping disclosures in the business area and not sharing them with human resources, while TCCS does both.

None of the three have a central register, although TCCS indicates that one will be established, while CMTEDD is silent on the matter. CSD has been developing a register that may be made available to all agencies or as a whole-of-government conflict of interest register, but there is no word on when, its capability or protocols.

“The positive reporting approach represents better practice as it places a greater onus on panel members to actively consider and recognise potential conflicts of interest,” the report says.

Mr Harris said fraud awareness could be improved by training that is tailored, learning tested and staff completion of relevant training recorded and tracked.

Agencies could also measure staff perceptions of fraud and corruption risks more and test the effectiveness of their communication and training activities.

The report says integrity training differs among the agencies, with CMTEDD having a core module on fraud and corruption, related legislation and policy, and avenues to report corrupt conduct.

But since 2019, less than 40 per cent of new starters have completed this training.

CSD’s training is mandatory and includes the ACTPS Code of Conduct and conflicts of interest but does not specifically address fraud and corruption.

TCCS delivers online and face-to-face training and includes a video that shows five fraud scenarios specific to the TCCS workplace, and in 2020-21, 80 per cent of new starters completed it.

TCCS and CMTEDD provide refresher training, but CSD does not, preferring to focus on messages to staff on fraud and corruption matters.

TCCS and CMTEDD provide tailored fraud training on request as a refresher, but it is not known how many have participated due to record-keeping issues.

The audit said regular whole-of-government staff surveys and their published results should also provide agencies with information to assist their fraud and corruption prevention and control activities.

It did praise the agencies’ awareness activities, including the use of intranet landing pages, particularly by CMTEDD, saying it was “a good example of how to use the landing page to create a high profile for integrity issues, together with bold questions and colour and imagery to attract attention”.

CMTEDD and CSD have both run information campaigns that use “colour, humour and imagery to attract attention in ways that may be difficult to achieve in email or intranet messages”.

The report recommended that CMTEDD should make the purpose of Fraud and Corruption Prevention Plans clearer and the requirements for annual reporting of fraud and corruption issues, but said this may be achieved through the current review of the ACTPS Integrity Policy (2010), which was due to be completed in early 2022.

The report made six recommendations. The agencies did not lodge responses. 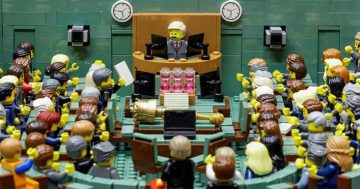