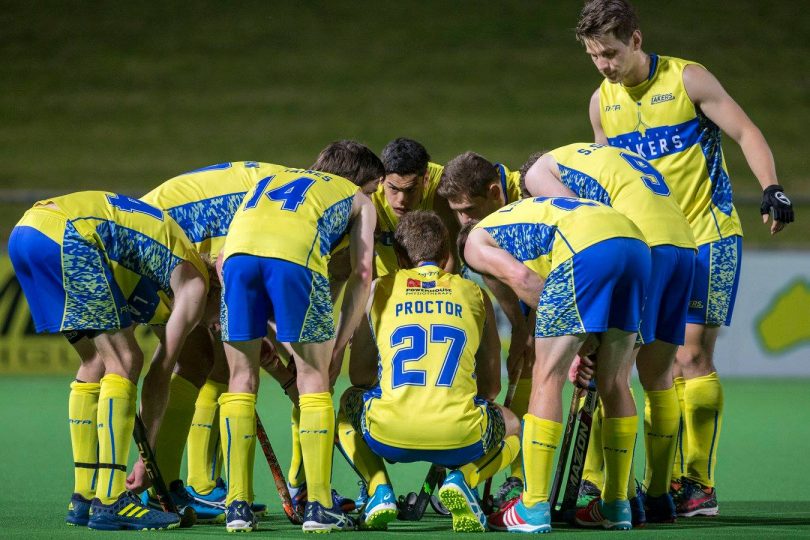 As the spring bloom continues to make its way across Canberra, so too do the number of outdoor events. One, in particular, will have you heading straight to the National Hockey Centre in Lyneham as the Australian Hockey League (AHL) returns to the east coast. After years of being hosted in a single venue in Perth Australia, the AHL format has changed this year to allow for a travelling league and home and away games.

As a result, the Canberra Lakers and Canberra Strikers will host the league twice at the National Hockey Centre, on Sunday 14 October and Saturday 20 October. Tickets are available from hockeyact.org.au.

The ACT has had a great track record in participating in the prestigious round-robin tournament taking on the best players from States around Australia. Now, the Lakers and Strikers finally get the chance to represent the nation’s Capital on their home-ground.

Both teams have bred some of the country’s top players, who have gone on to represent Australia from the Olympics, through to International tournaments in both indoor and outdoor hockey. The long list of past (and current) players includes Glenn Turner, Anna Flanagan, Andrew Charter, Edwina Bone, Kalindi Commerford, Shelley Watson, and Naomi Watts (just to name a few!). 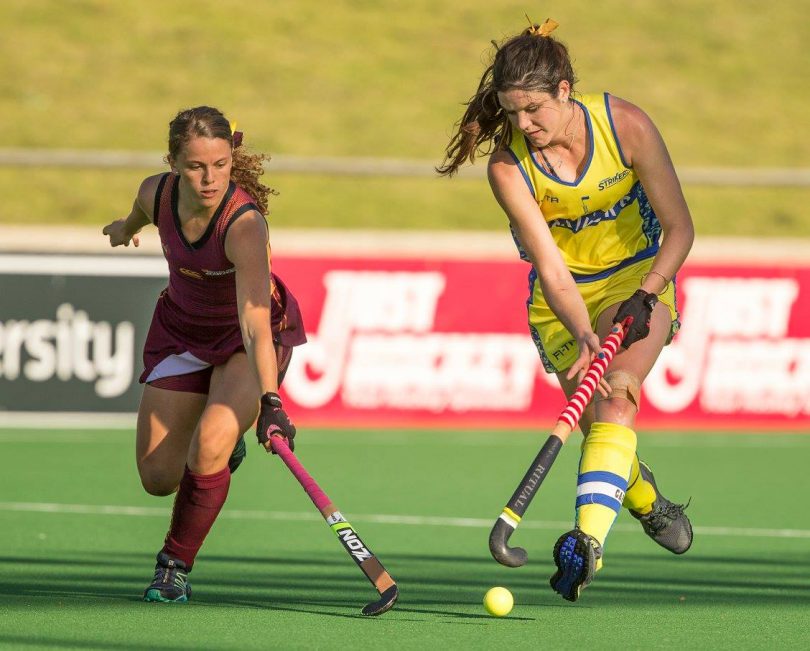 Anna Flanagan playing with the Canberra Strikers at 2017 AHL.

The 2018 Lakers and Strikers squads form a strong Canberra-side this year, with Lakers coach, Peter Morgan optimistic about how the teams will perform at the AHL. In a statement released by Hockey ACT, Morgan noted that the Lakers will make a name for themselves in particular, having a ‘well-balanced, talented and versatile’ line-up where each player was selected based on ‘commitment and performance’.

The 22-man side is led by big-hockey names Glenn Turner and Andrew Charter, and includes two Japanese international players, Manabu Yamashita and Kazuma Murata that will add a dynamic to the team. Among the list of players are also Canberra’s up-and-coming including James Day and Niranjan Gupte. 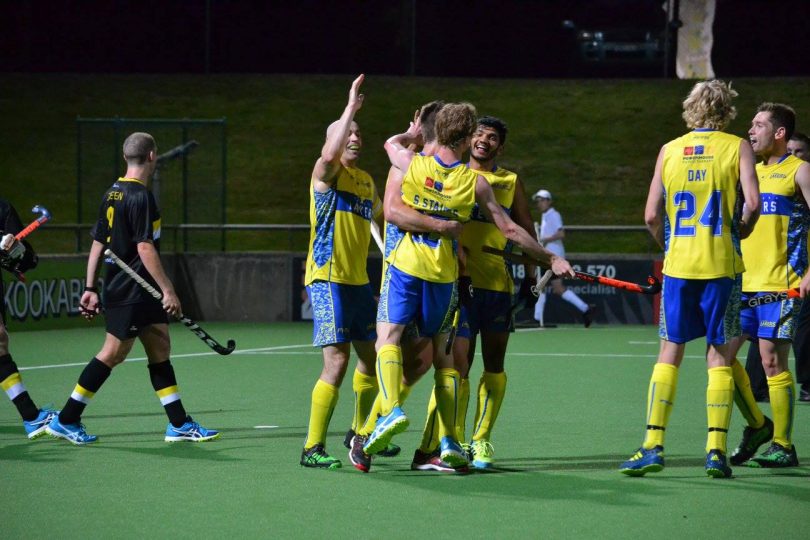 Similarly, the Canberra Strikers are looking stronger than ever this year, already taking home a 3-0 win against Tasmania in their first AHL match last Saturday. The women’s is led by powerhouses Edwina Bone and Kalindi Commerford, while also showcasing the athletic abilities of Shelley Watson, Tina Taseska, Jess Smith, and Sassie Economos.

The AHL makes its way to Canberra on Sunday, October 14 when the ACT takes on the Queensland Scorchers and Blades. The action then continues when old rivalries meet on Saturday 20 October, as the Lakers and Strikers go up against the NSW Arrows and Waratahs. For more information and to purchase tickets, visit the Hockey ACT website.

Stephen Saunders - 22 minutes ago
Look, I don't oppose this, it can never be remembered too often. But the first priority that needs it own Canberra memorial i... View
News 17

chewy14 - 26 minutes ago
Ha, that should read uninformed, not uninformed. BJ, on that link you've provided, have you actually read the ICRC report on... View
chewy14 - 42 minutes ago
No, To be honest, It's because I think you're uniformed on the scope and causes of the problem, the research that has been oc... View
bj_ACT - 2 hours ago
I’m not just criticising this project from 2014, I’m criticising two decades of broken promises, failed projects and the... View
News 199

Jess Thomas - 28 minutes ago
David Deb Cossart that's the thing: people who can afford the fine can afford to speed. Changing this would mean that no-one... View
Liam Searle - 1 hour ago
Make the speed limit suit the road, change it back to 60! View
AliciaAnn Dowd - 4 hours ago
Werner Schenk I agree with you. There is already a system in place to assist people manage payment of their fines. SPER allow... View
Community 41

Sam Oak - 49 minutes ago
The government needs to stop fluffing about trying to figure out how to get the tram over the lake and build the Belconnen to... View
Community 10

@the_riotact @The_RiotACT
The announcement of a new national Holocaust #museum in #Canberra comes in the wake of a report that reveals almost one in four Australians over 18 has "little to no knowledge" of the #Holocaust https://t.co/ojjuaIjCrz (46 minutes ago)