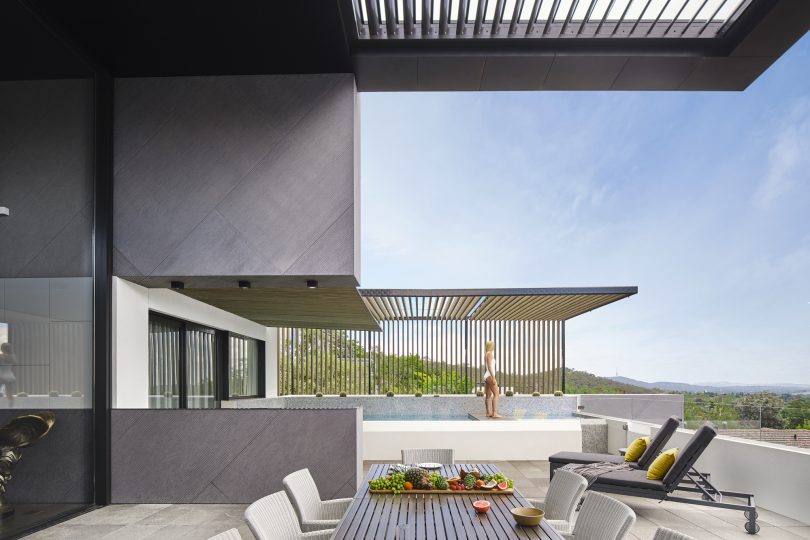 The Nest has uninterrupted views of the Canberra skyline. Photo: Anne Stroud.

The team of DNA Architects and Preferred Builders have pulled off another awards double, and with the same clients.

They have won the 2022 Housing Industry Association ACT and Southern NSW Home of the Year award, after taking out the Master Builders ACT House of the Year in September.

It is the second time they have achieved this, first collecting the rare double in 2017 with the Yarralumla home built for Ian and Tina Oliver.

They mounted up again for the Olivers’ new home on Mugga Way in Red Hill, appropriately called The Nest for its uninterrupted views of the Canberra skyline.

The Nest is described as being a beautiful interpretation of how the home, hobbies and friends can be intrinsically interwoven with design.

The view was integrated into the design of the home from the beginning with structural glazing and carefully placed supports allowing views from nearly any place in the home.

The judges described this as a house to leave you speechless, with engineering, materials and product use pushing the limits of quality home building.

The finished product is a super contemporary four-bedroom home wrapped around a 5.5-metre high central glass atrium that completely opens up to become part of the expansive indoor-outdoor entertainment area.

DNA Architects director AJ Bala said the awards were a tribute to all involved in the project, including the clients who gave DNA the creative freedom to come up with such a stunning design.

He said the original sketch which now hangs on the wall of the Olivers’ home was pretty much what got built.

“Without our team in the studio and a really good group of people to collaborate with I don’t think a project like that is possible,” Mr Bala said. 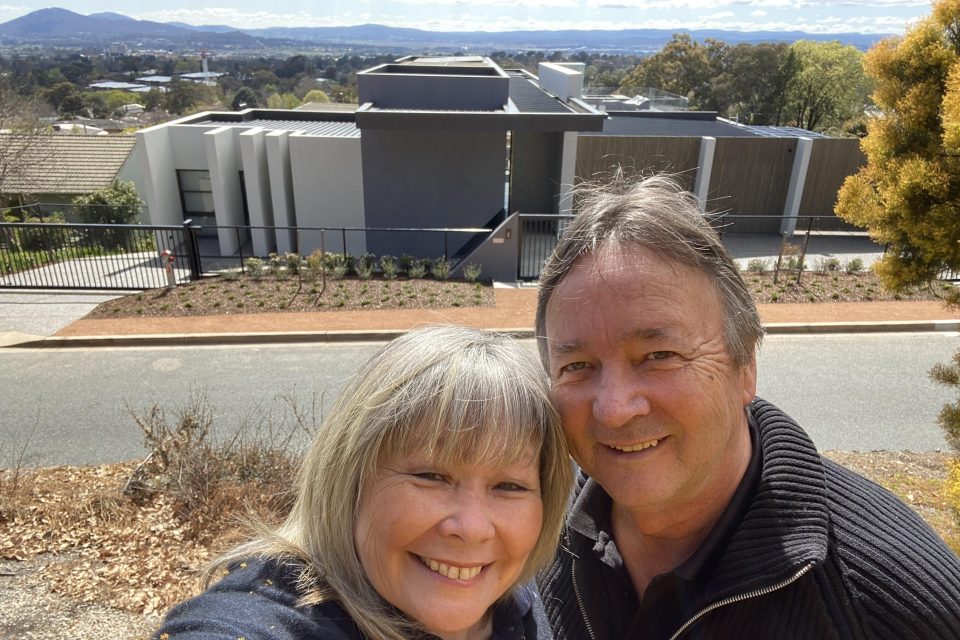 Tina and Ian Oliver outside The Nest. Photos: Tina Oliver and Anne Stroud. 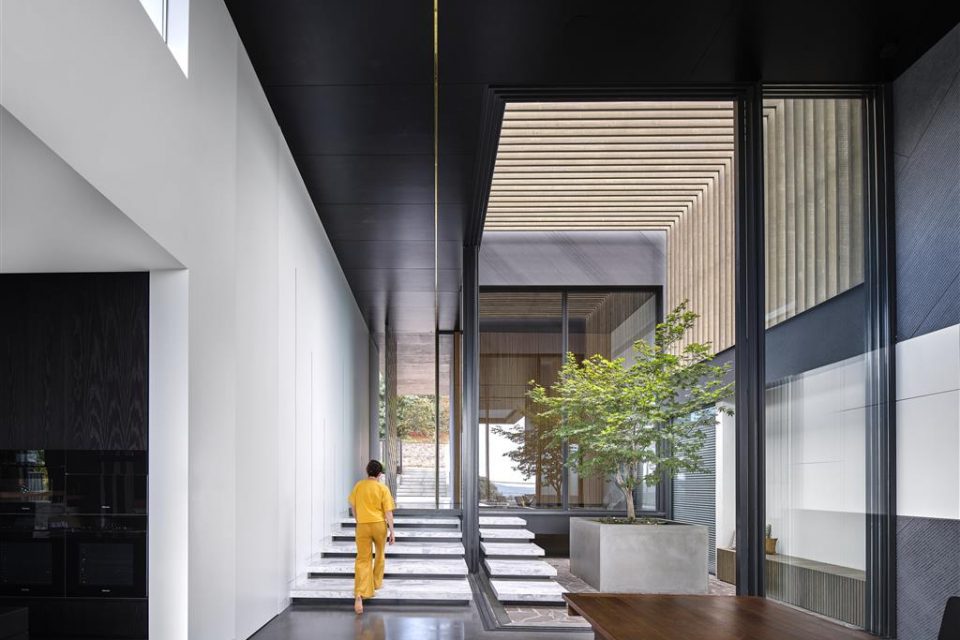 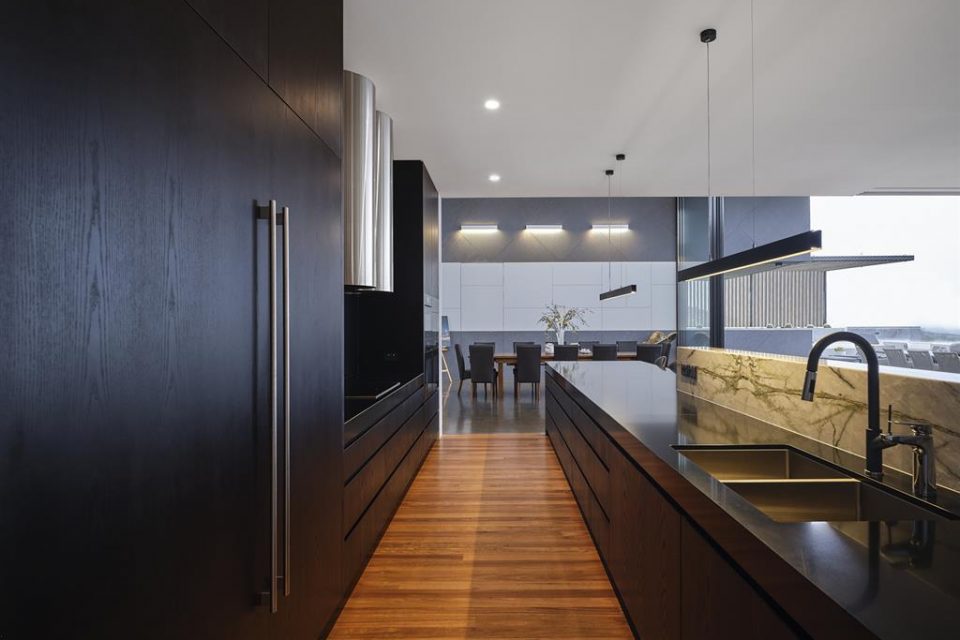 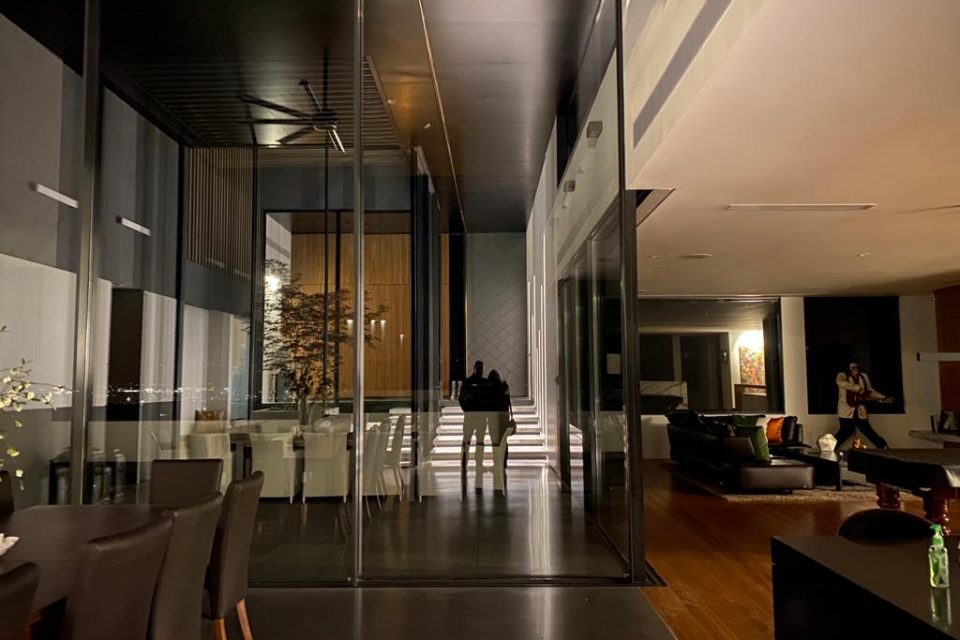 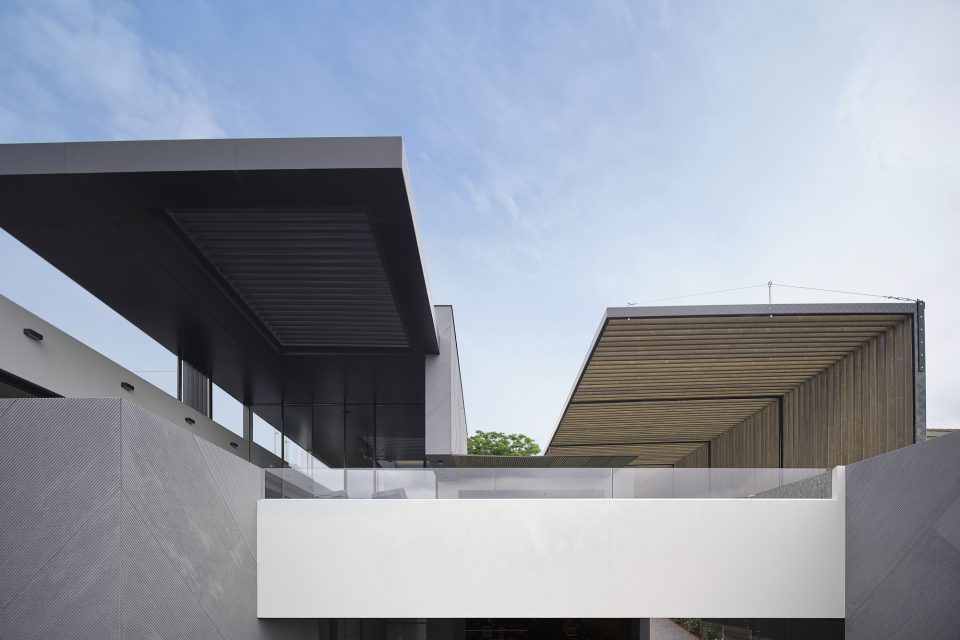 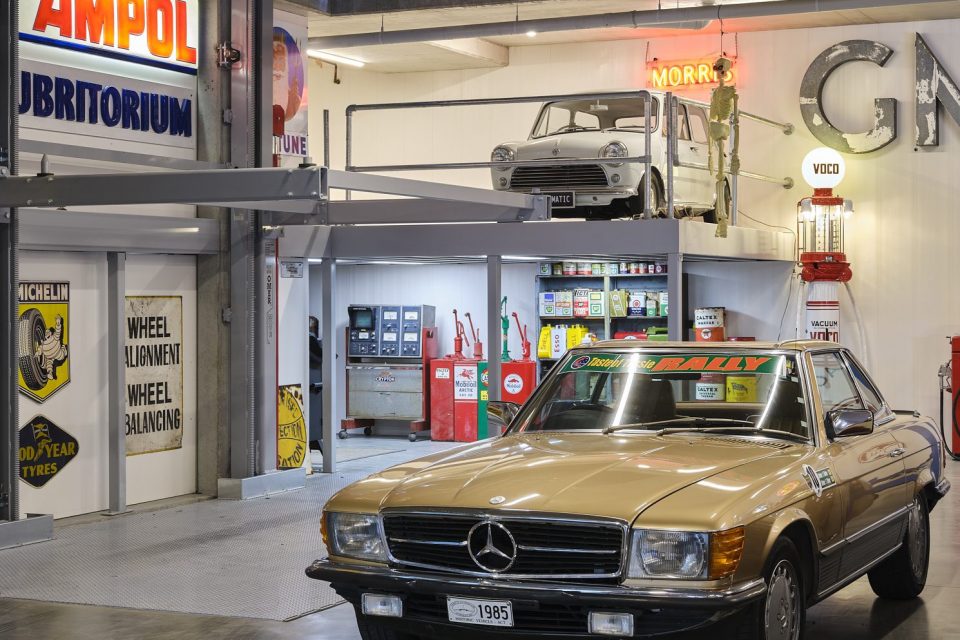 He said Preferred Builders did an exceptional job, and Sellick Consultants ensured that the engineering challenges of building on a slope and the design were overcome.

“We got them [Sellick] early to make sure this thing could stand up, because there is a lot of concrete, lot of steel and a lot of cantilever on it,” Mr Bala said.

In fact it was more like a commercial build getting it out of the ground, and the project drew on the experience of Preferred Builders’ Dean Hessenberger in that sector, with partner Paul Kerr driving the finer detail after that.

The clients wanted to stick with the successful Yarralumla team to develop the Red Hill block and only had three requests for a retreat that they could share with family and friends – enough room for Ian’s car collection, make the most of the view, and a swim spa for Tina.

“The rest was left up to us to be creative with,” Mr Bala said.

The team appreciated the huge amount of trust the clients had in them, he said.

There were many challenges but one of them was to capitalise on that view without the house looking like a McMansion from the street.

“And if you look at the house from the street it looks like a single-storey home,” Mr Bala.

“That was the challenge, to balance out the scale on Mugga Way but also capitalise on the views towards Canberra.”

Other challenges included the sloping driveway, extensive glazing, a car lift, a two-person elevator to the roof-top terrace, a metre-thick suspended slab to support the swim spa and a massive cantilevered “floating” steel and concrete roof over the driveway.

The driveway leads to a three-car garage that comes complete with a car lift to the 480-square metre basement garage that can house a further 15 cars, plus Ian’s collection of motoring memorabilia.

The Nest will now go to the national awards for the MBA and HIA.