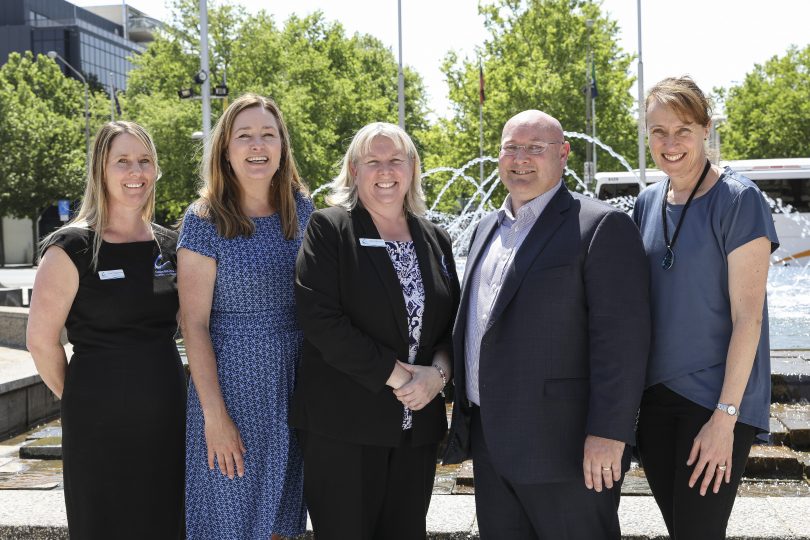 In 2018, a Housing ACT study identified a group of people with high and complex support needs for who the system was not working. CatholicCare developed the Axial Housing pilot in response, initially targeting 20 rough sleepers with the goal of finding permanent homes for them.

“Our clients are people who are unable to navigate the current housing system for whatever reason and are therefore unable to secure long-term permanent accommodation,” explains CatholicCare CEO Anne Kirwan.

“There are many steps along the way in public housing. You need to access the system, get an ID, then engage with various services. Some people just can’t do that and they give up. Quite a few rough sleepers have dogs, for example, who are very important to them and that can be a difficult issue to resolve.” 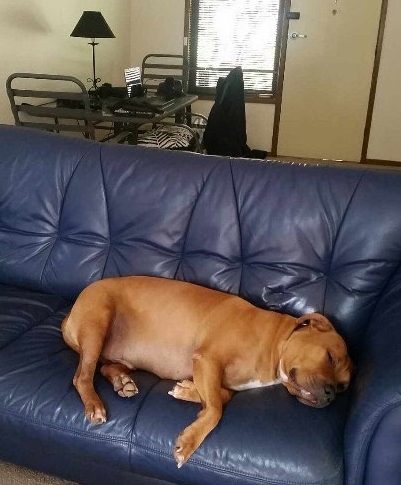 A former rough sleeper who had been on the streets for 20 years shared this photo of his dog in his new home, provided as part of the Axial Housing program. Photo: Supplied.

CatholicCare is a specialist housing provider, and its caseworkers provide outreach support to address long-term issues that lead to homelessness and sleeping rough. These might include mental health, drug and alcohol abuse, trauma history, incarceration, being a victim of crime, and a breakdown of family relationships.

Housing ACT provides the accommodation and CatholicCare then provides intensive, long-term support for clients to remain in housing.

“We were doing OK and working slowly with people to build their trust,” says Anne. Then COVID-19 arrived in Canberra.

“That became a major concern,” she continues. “If we move to lockdown or someone on the streets is infected with COVID-19, how would our clients manage that?

“Our people are worried about being on the streets so they’re seeing this as an urgent situation. This is a group of people who would often move with the changing weather, but they can’t travel because borders have closed.

“Housing ACT has been absolutely amazing. They have expedited the process and given us permission to expand the Axial pilot to include as many rough sleepers as possible, and to house them as fast as we can.”

The speedy turnaround has been remarkable. One client was offered a flat and moved in by 5 pm that day. It’s been possible to house people with dogs, and Anne says some clients who have been living in their cars for a decade or more now have a roof over their heads.

Anne adds they are concerned that if further waves of COVID-19 infection hit the city, rough sleepers may be arrested or moved on. That hasn’t happened yet, but the possibility of that scenario provides a strong motivation to reach as many people as possible.

The Axial Housing pilot program was initially set up for 20 clients but now they have permission to extend assistance to more than 30 clients. The ACT Government has announced an additional $100,000 for CatholicCare to fast-track the pilot this week as the preferred and primary option to house rough sleepers during the pandemic.

“It won’t work for everyone, but we’ll keep going as long as we can,” says Anne. “This is one of the rare bright lights in the COVID-19 crisis and we are just going to run with it.”

Excellent to hear, pity it took a virus to make sure we care for our vulnerable.

Joshua Grech - 21 minutes ago
ACT gov partners with Virgin Australia to diversify transport as aircraft movements between sydney and Canberra are an easy e... View
Jack Horne - 10 hours ago
Charlie Karmenu Flask must have been with Hellstra in the aluminium lined carriages and metallic glazing that stops 5g emissi... View
News 9

Acton - 57 minutes ago
The UC says international students continue to study online and are doing well. So there is no need to risk the health of Aus... View
Michael Cameron - 3 hours ago
Shawn Mulgrue 1st..YES! View
Mandy Savery - 10 hours ago
How about delivering on campus for the students that are here? Or even delivering lectures live online instead of videos from... View
Lifestyle 8

Sue Skinner - 1 hour ago
I never knew that this existed! Susan English have you seen it? View
Katie Erskine - 10 hours ago
So glad we had breakfast there with you Jennifer Lindley . A great piece of Canberra.... View
Ramon Montero - 12 hours ago
Incredible I worked par time there also my wife in the kitchen the early '70s was so busy every night, very popular. View
Opinion 11