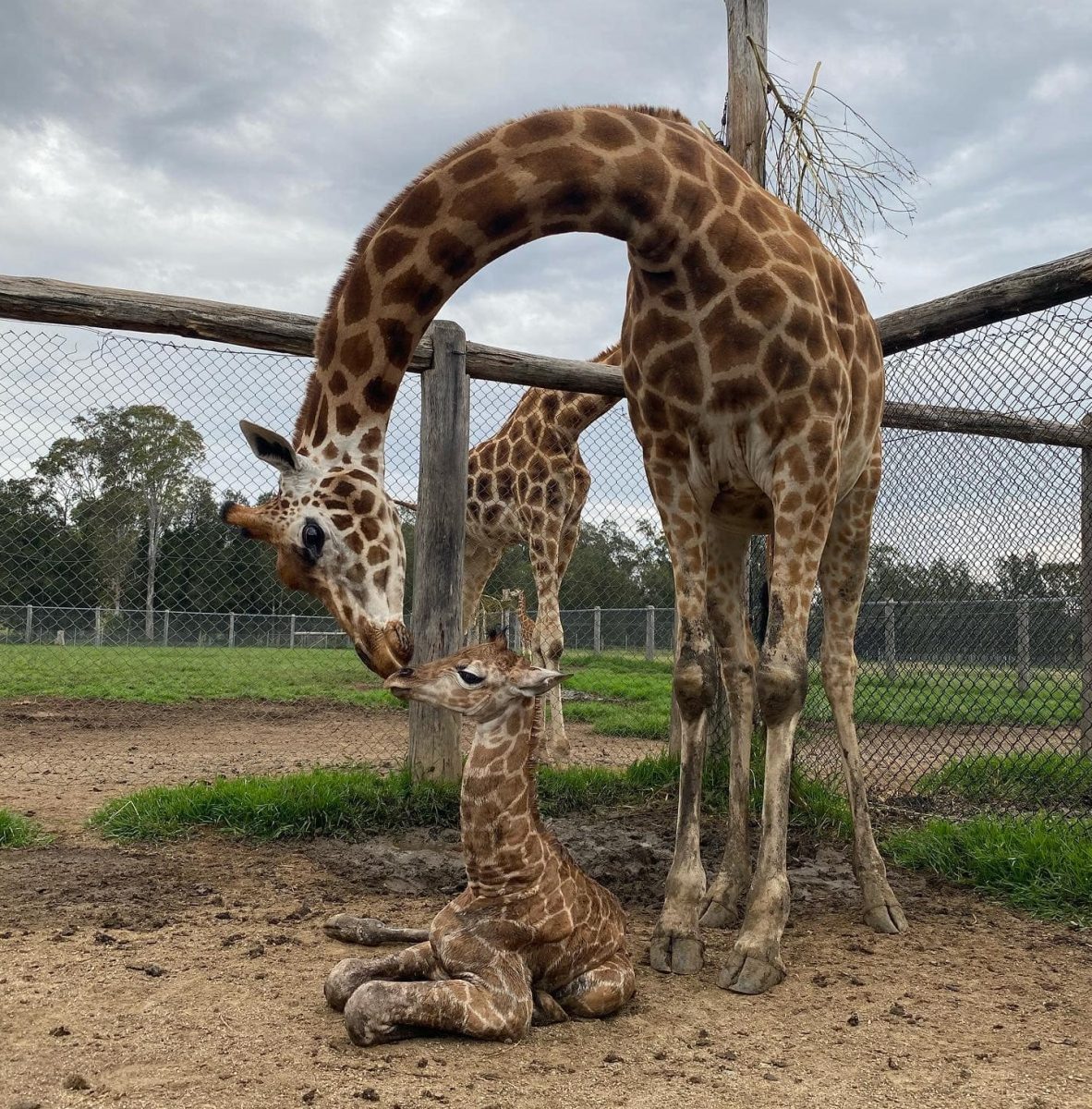 Chuckles of laughter have been added to the roar of lions and chattering of monkeys at Mogo Zoo.

They’re coming from Cheka, a male spotted hyena who has come all the way from South Africa.

“He’s just the coolest animal you can imagine,” according to zookeeper Chad Staples.

Cheka – which is Swahili for laughter – will be joined by his partner after the July school holidays, and Chad hoped the pair would help dispel some myths about the carnivores.

“They’re so branded with the ‘bad and evil’ brush because of The Lion King and documentaries showing them against the lions, but they are just so unique,” he said.

“People are aware of them, but many don’t know a lot about them as a species. They’re a very interesting species I know people will love.”

While hyenas were not classified as endangered, adding Cheka’s genetics to Australia’s breeding program would provide an opportunity to be proactive.

“Education is a key part of what we do [at Mogo Zoo], but so is preservation and survival of species, so he will bolster the breeding program,” Chad said.

“You’d be hard-pressed to find an animal that doesn’t need our assistance, and it’s often better with preservation to put the effort in when they’re not critical.

“It doesn’t take an awful lot to cause the downfall of a species.”

One animal that does need assistance is the giraffe, and Mogo Zoo recently added one more to the population.

“We knew mum was pregnant, but because they’re pregnant for 16 months, we didn’t realise she was so far along,” he said.

“Oni went into labour about a month earlier than we had marked on the calendar … and being born on display, the people here that day were lucky with that.”

Female giraffes tend not to show they’re pregnant until they’re in their final few months.

Mshangoa joined the rest of his family back on display in mid-June.

“He comes out of his night house with mum into the pasture, and to watch him sprint and stretch his legs is cool,” Chad said.

Another zoo celebrating the arrival of a male giraffe calf is Canberra’s National Zoo and Aquarium.

Themba – which is Zulu for faith – was born to mum Mzungu and dad Shaba on 17 May.

Zoo hoof stock team leader Amanda Hadley said he started out as a “shy guy” but his true character was “blossoming” now that he was spending time with his entire family.

“He’s more inquisitive and playful. He’s ready to get out and see people,” she said.

“It’s important for him to have time to socialise with his dad, to be educated in male giraffe habits such as ‘battling’, and then mum and bub get private time together each night to feed and bond.”

His siblings are Kebibi, Nzuri and Khamisi.

Amanda said giraffe breeding programs were incredibly important for the species as a whole.

“They have been going through a silent extinction, their population has declined by 40 per cent in the last 30 years.

“It’s important we have these healthy genetics in case they’re ever needed.”

All the animals were on display at their respective zoos.

Mogo Zoo has also extended its ‘Mogo Pass‘ for July, giving members unlimited access to the park for an entire year, 20 per cent off everything at the park and deals at select local businesses.