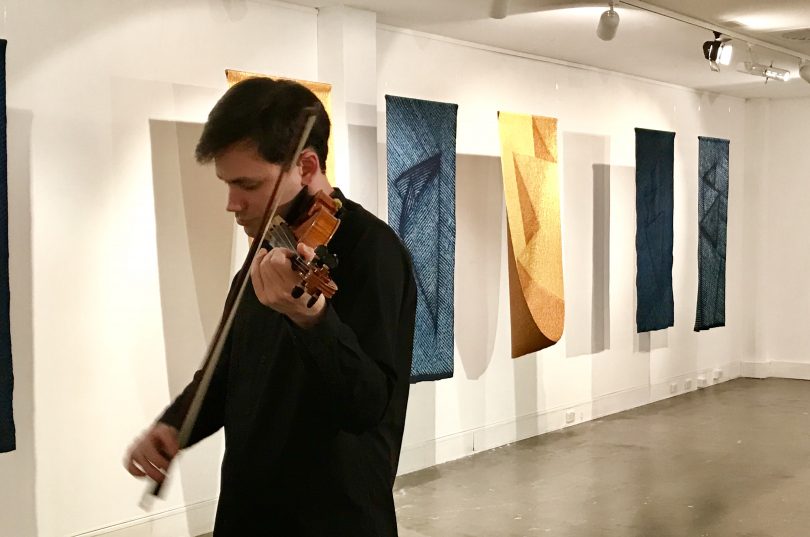 What do Lutheran choirs from the Western desert, a Canberra born wunderkind who plays his violin in a Collingwood carpark and Guinean kora music have in common? You’ll hear them all in Canberra next autumn and the common thread is, remarkably, the music of JS Bach and an exceptionally determined local music festival.

The Canberra International Music Festival turns 25 next year. Funded to about half the amount of similar events, it somehow pulls international musical rabbits out of hats every year, achieving a remarkably high standard of programming with the help of dozens of volunteers who do everything from billeting the stars to washing the glasses.

“I think that 25 years means quite a lot if you think how difficult it is for small arts organisations in this country to make a go of it,” says artistic director Roland Peelman. “To see what’s happened with this small festival is amazing, how the community has rallied towards this organisation, how musicians from around the world want to come and play here.

“That means we really set Canberra on the map as a place where music is in our heart, where music is central to our thinking, and so much part of the culture.”

And the 25th-anniversary celebration plans, centring on one of the greatest German composers, are substantial. Kristian Winther, who played at the festival launch and was born and bred here in Canberra, is one of the most celebrated and adventurous young violinists in the world. Lately, he’s been playing for sold out audiences under the age of 30 in an underground car park in Collingwood. He’ll perform the complete Bach violin solo works in one day, a mammoth task of focus and concentration.

A wholly different musical universe is represented by the Ntaria Ladies Choir, inheritors of a Bach tradition that began when Luthern pastor Carl Strehlow reached the Central Desert in 1896. He adapted Bach’s beautifully classical hymns to the Arrente language, as they’re sung to this day in Hermannsburg.

The festival’s prelude turns classical expectations on their head by combining the Australian Brandenburg Orchestra with the Circa acrobatic troupe at Llewelyn Hall. The idea that runs throughout the programme is to take Bach’s beautifully precise, elegant music and view it through the lens of many cultures and musical traditions.

When asked to describe the festival’s qualities, Peelman says “I think innovation belongs in there and it’s about quality first and foremost. People rally around a festival that’s of the highest order, that engages musicians and support staff and agencies of the very highest level. Then within that, it becomes a living thing. The culture we celebrate, the events we present, are an experience of the 21st century. They aren’t just museum art, they are a living embodiment of what culture means in Canberra today, in Australia today.”

But in the end, it’s the people who make the Canberra International Music Festival punch well above its weight. Peelman says “If you think of how many people give money, how many have served on boards and committees, how many volunteers help us out, we have an army of them – and in a smaller city, that counts, right?”

Rachel Mackey - 20 minutes ago
Angela Thiele we’ll be able to use it soon, whenever we can have this baby shower the gelato cart will be there! View
News 42

Feedback - 53 minutes ago
Lighting up of monuments in blue to celebrate vaccination rates - How utterly ridiculous. This is a city which now has 80% va... View
John Moulis - 2 hours ago
That's rich. The backflip was caused by the plainly inequitable position of New South Wales reopening retail while shops in t... View
dingus_maximus - 4 hours ago
Not to mention, halfway through our lockdown, moving the vaccination rates to include 12 and over where every other jurisdict... View
News 226

Naomi Hume - 60 minutes ago
when i was 7 or 8 i had a accident on the small flying fox and had to be taken to hospital to have 15 stiches put in my chin... View
Kit Oates - 1 hour ago
Sounds like it could use reviewing to ensure its safe, though given the extent of the damage I have a strong suspicion that i... View
Rebecca Russell - 2 hours ago
Francie Bennett yeah I did too . View
Opinion 81

@the_riotact @The_RiotACT
Serina Bird had a dream to sell #secondhand clothing, and thanks to a grant from the @CBR_IN, it's about to become a reality with her new #online community marketplace launching this week https://t.co/w8N5lmRq27 (16 minutes ago)