Back to work, back to school, and back to bad Canberra parking.

1) Kicking off proceedings we have this in from Greg:

5pm at the Dickson shops. Driver and passengers actually came back to their car as I was leaving – three young twenty-something men in construction high-visibility shirts. 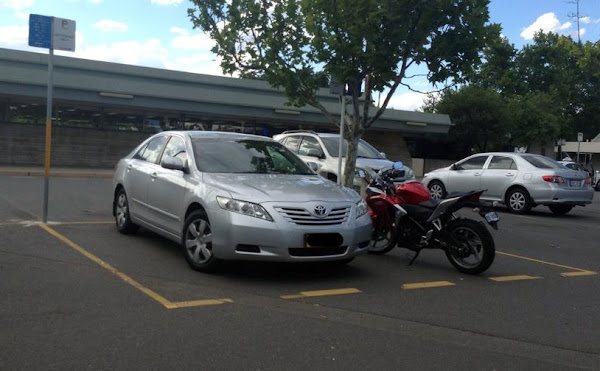 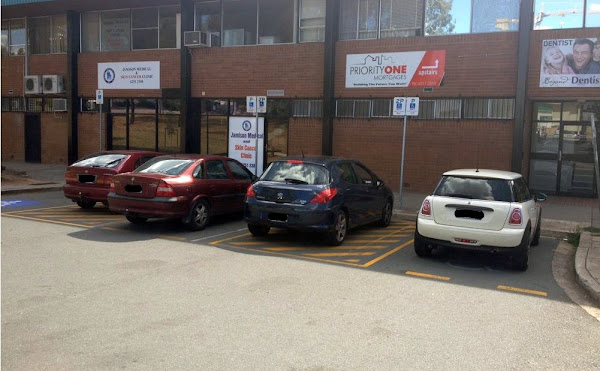 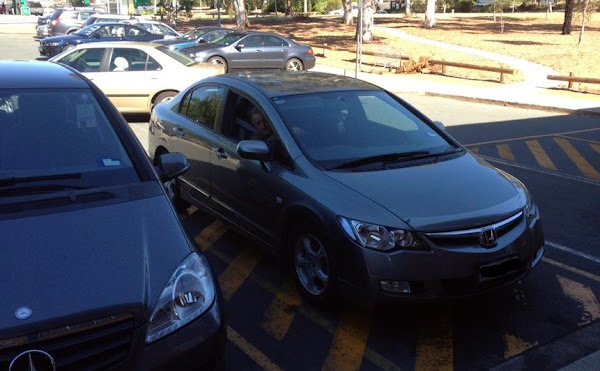 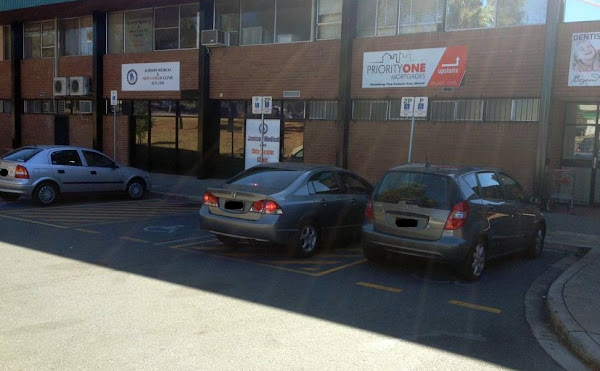 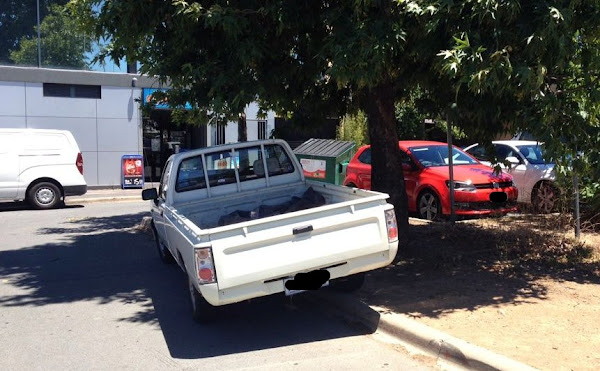 3) Ben_Dover was impressed by similar scenes. 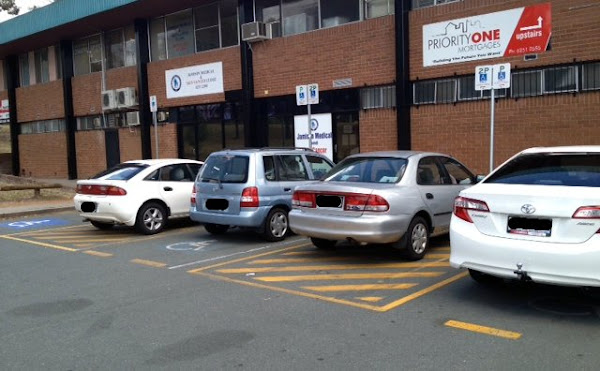 4) Adam was impressed by this effort in Campbell. 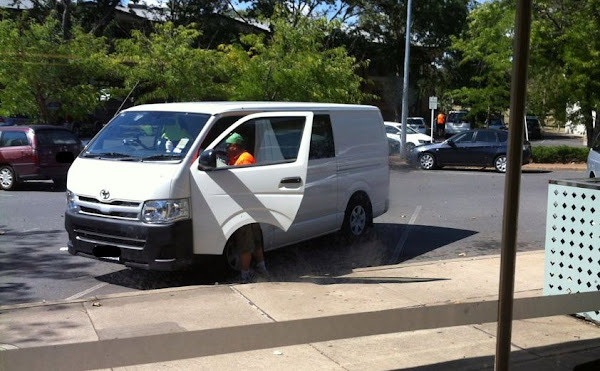 5) Keiran saw Woden was getting in on the act: 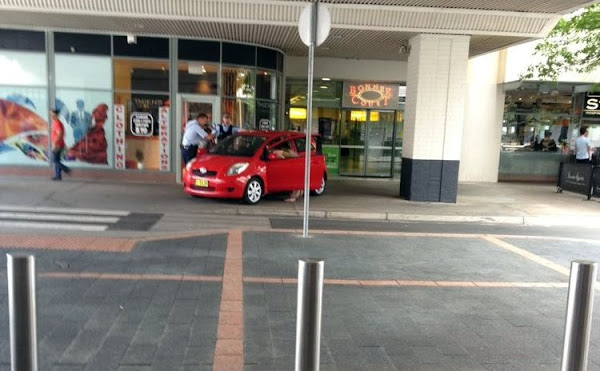 6) Wests Tigers sent in a view of parking in the public service: 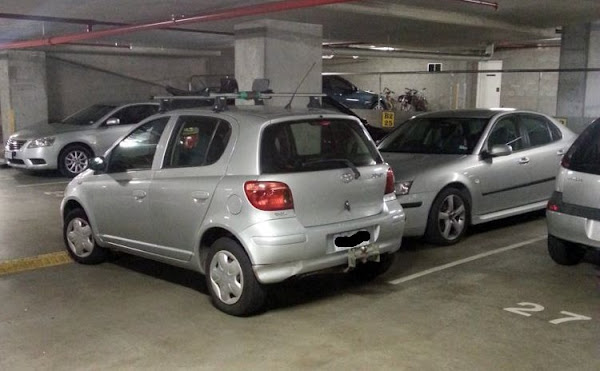 7) Terry was impressed by this effort in McKellar. 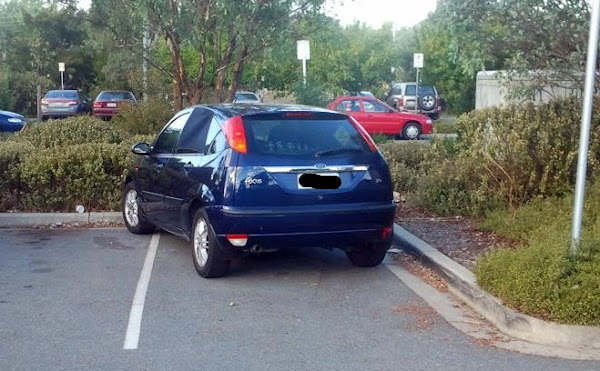 8 ) Jase caught this one at Costco: 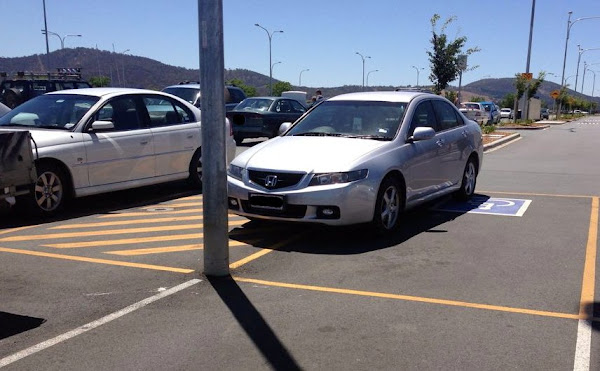 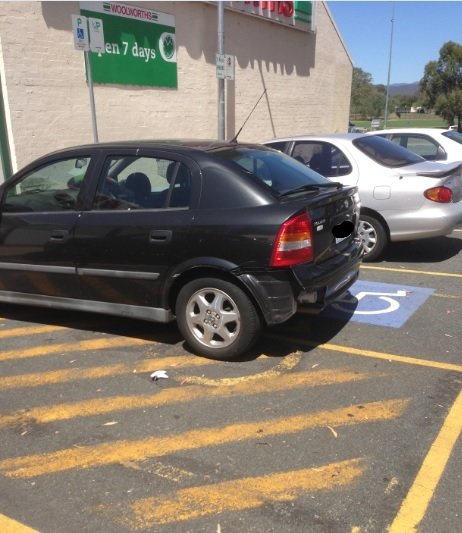 10) Rounding out the count Simon came across this at the Farmers’ Markets:

Queensland here is obviously living in the future, where reversing/turning circles are history and it’s all about hover cars. 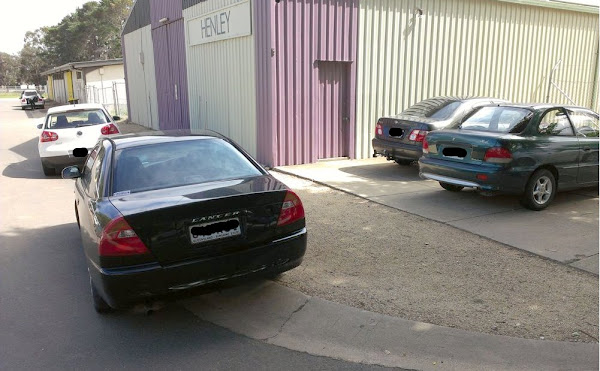 Got an image of Canberra (not necessarily parking related) you want to share with the world? Email it in to images@the-riotact.com .

9 Responses to Back to work, back to school, and back to bad Canberra parking.
Filter
Showing only Website comments

We could all take a leaf out of Larry David’s book on this matter..

To be fair, that little car-park at Jamison is always full.

It’s not like we should expect people to drive another 30 metres down the road and park in the giant empty car-park that involves a whole extra minute of walking to the shops.

It’s terrible, but every stereotype we have about certain groups of drivers – be it the colour of their hair, their age, their ethnicity, or even those knobs who think they’re someone cos they’re an EL2 and drive a cheap Mazda soft top – they’re all true!

One of my calming mechanisms when I’m caught behind a crap driver isn’t something that I’m particularly proud of – but I like to guess which of these categories the rubbish driver is according to their driving style. You’d be horrified by how accurate I can be…

In general, everyone from Cooma is a cock…

Or anyone driving while wearing a hat.

In general, everyone from Cooma is a cock…

2 and 3 – that carpark at Jamison Plaza. You could spend a day there and see that happen all day long – with the Post Office, CBA and St George all at that end, it sees a lot of that action.

I still don’t know why the registraion plates need to be obscured. They are parked in a public place where thousands of people can view them, no different really to having a picture on the internet.

Enjoying these, and will continue to right up until I see my own car here 🙂

#8 and #9 may well be legitimately differently-abled individuals making valid use of the extra space provided. I sure hope not, but maybe …

Lucas Anderson - 7 minutes ago
yeah its out of control might have to.move to qbn.. View
Malcolm Roxburgh - 5 hours ago
The government has to release more land not make it easier to raid your super. This only makes for more cashed up buyers and... View
assiduous - 15 hours ago
Low lending standards and inflated bonuses for originating mortgages based on ever rising values are core features of our ban... View
Opinion 89

Lesa Schuster - 24 minutes ago
The housing prices need to come down, it’s very hard for many people........it’s pretty city though and does not feel lik... View
Acton - 3 hours ago
The Canberra lifestyle is fresh air, trees, birds, roos, mountain views, bush and lake walks, good roads, bike paths, kids, p... View
Jeff Smith - 4 hours ago
I think we are both concerned about the same bigger problems and to some degree on the same page. I certainly never want to s... View
Opinion 81

Lucy Jane - 1 hour ago
4 day week for everyone but everyone gets a different day off. Will help immensely with traffic congestion and has been trial... View
Ronnie Adams - 6 hours ago
Helicopter 🚁 View
Julie Macklin - 1 day ago
I cycled and rarely had to face the parking problems people complained about. When it rained I took the bus, even though I ha... View
Community 15

A huge family home in Florey has sold at auction for $1.6 million, setting a record for the Belconnen suburb....
Property 17

A famous bush football competition that flourished after the Great War for 50 years then disappeared is returning - at...
Property 17