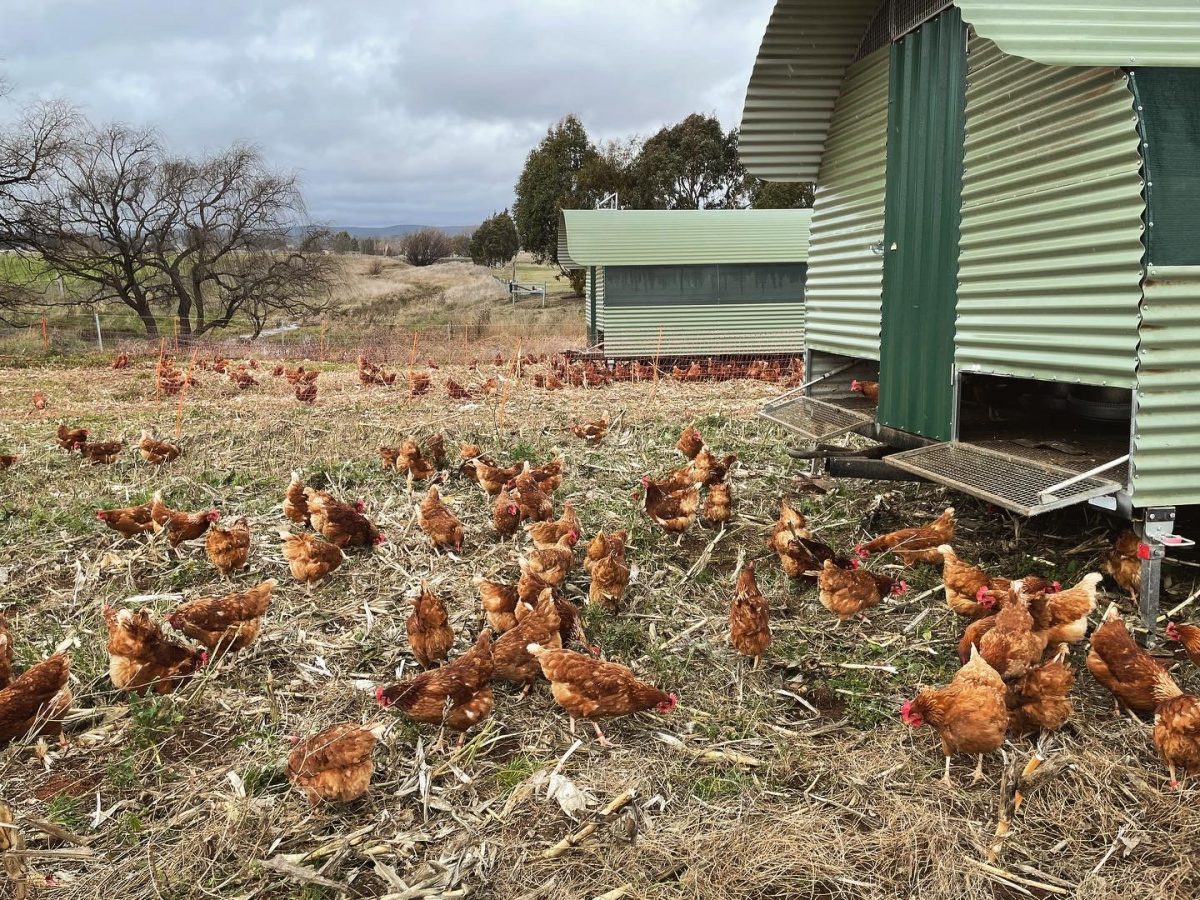 New research might have you looking at the radioactively yellow yolks with suspicion, but rest assured, Canberrans – your backyard-reared chicken eggs are almost certainly lead-free.

Three Australian professors, including one here at the Australian National University (ANU), published a paper in the Environment Pollution journal earlier this month with a result that “poses health concerns for consumers”.

Their research found that 69 domestic hens from 55 gardens in Sydney were ingesting trace amounts of lead (Pb), which was then making its way into the eggs. These eggs contained, on average, more than 40 times the lead levels of eggs produced commercially.

“Even low levels of lead exposure are considered harmful to human health, including among other effects, cardiovascular disease and decreased IQ and kidney function,” the researchers wrote in a subsequent article published in The Conversation.

The study concluded that “while urban gardening is an important and valuable activity, consideration of the risks posed by legacy contaminants in garden soil need to be taken into account before embarking on food production”.

But what about chickens in the ACT?

Majura Valley Free Range Eggs is the ACT’s oldest continuous working farm and one of Canberra’s leading paddock-to-plate initiatives, producing eggs as well as lamb, corn and fertiliser on a modest 50 acres 10 minutes from the CBD. Frederick McGrath-Weber is son to owners Nick Weber and Anne McGrath and says he was initially shocked by the report, at least until he dug deeper. 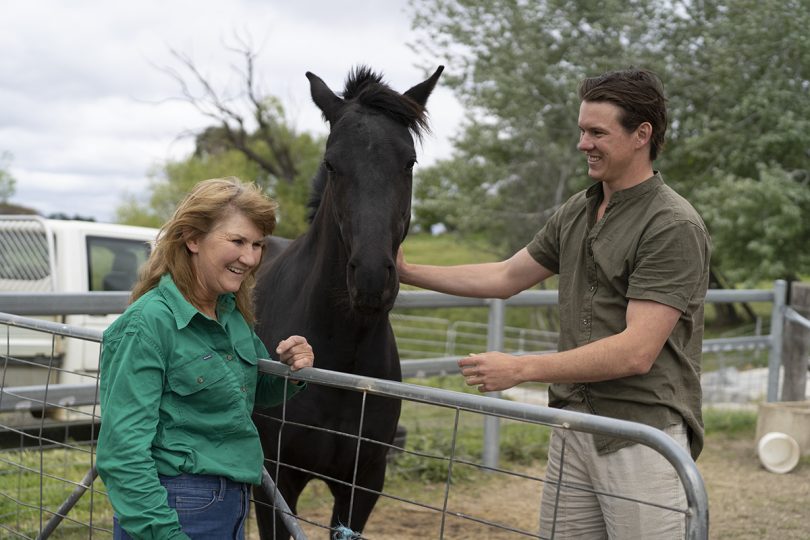 Anne McGrath and her son Frederick at their property at the Majura Valley. Photo: Elsie Percival.

“In that study, we saw a concentration on areas that have been densely populated since the 1800s, and you’d have quite a lot of old infrastructure such as plumbing and roof structures that – in those times – relied on lead-based products,” he says.

“Canberra is a much younger city, so I very much doubt we would have as many contaminants in the soil. And we also have wider, open spaces in much of the inner city, which was the concern area in the study.”

The report itself mentions that deeper analysis of the data showed older homes were much more likely to have high lead levels across soils, chickens and their eggs.

“This finding matches other studies that found older homes are most at risk of legacy contamination from the former use of lead-based paints, leaded petrol and lead pipes,” it read.

“We’re always rotating the chickens around the different pastures, so we’re not worried about contaminants from anywhere on our property.”

He says they do undertake regular testing of the soil, but this isn’t so much to find contaminants as to ensure they have the perfect blend of nutrients. In turn, the chickens glean most of their feed off the land in true free-range fashion. 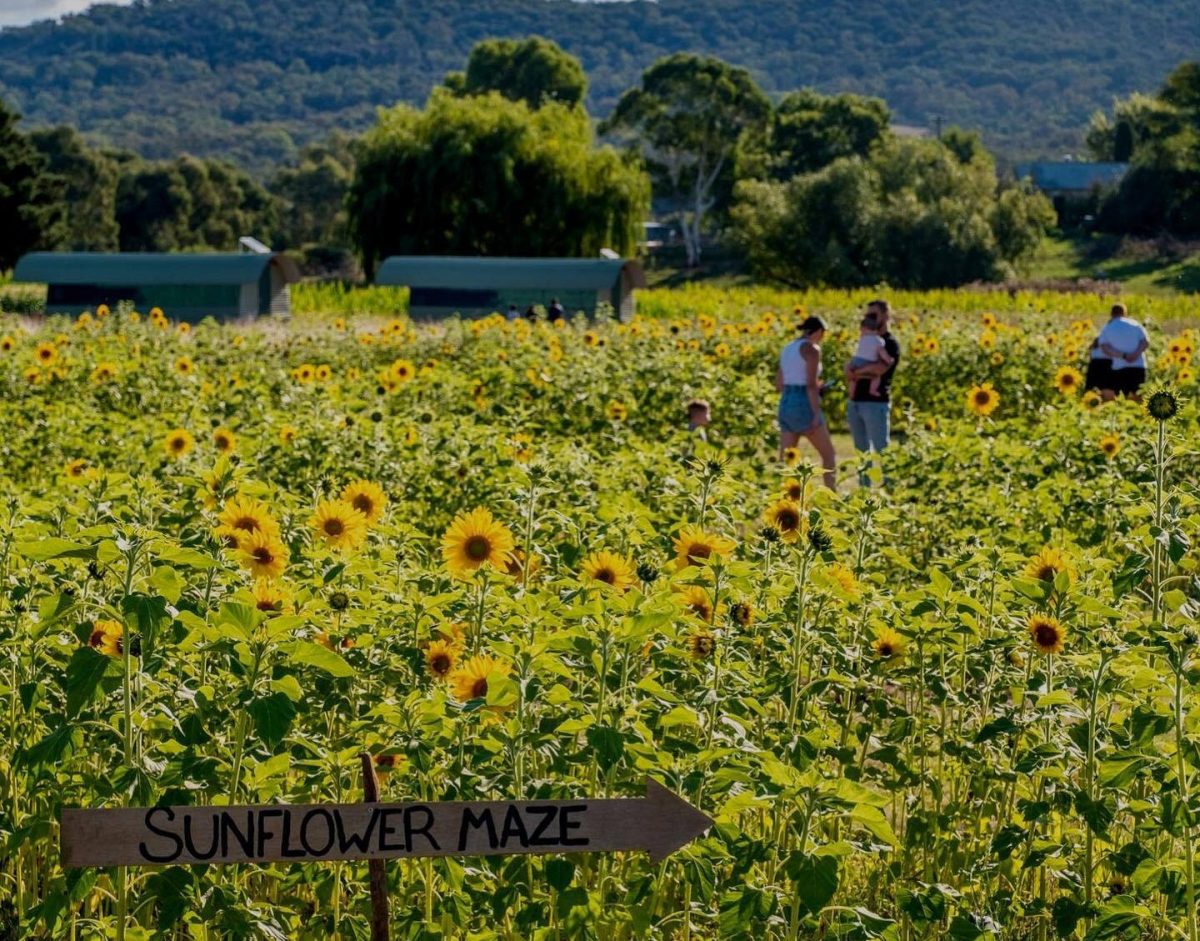 While many of Canberra’s household and hobby farmers may not go to these lengths, Frederick says there is no need for concern in the backyard either.

“I would look at this as an opportunity to encourage the community to produce food at home in our capital rather than relying on the Sydney study,” he says.

“There are some great things people can accomplish in their own backyards.”

The ACT Government is developing a Capital Food and Fibre Strategy, designed to encourage exactly that – “building local food systems that strengthen access for everyone to fresh, healthy and affordable food”.

“Responders noted that, after bushfires, floods and COVID-19, now is the ideal time to focus government and community attention on food security and the importance of local produce,” it read.

Frederick says this strategy gives locals the opportunity to approach the government regarding barriers to growing their own food.

“This is looking at where we could produce foods in backyards, but also more traditional farming methods like what we do on our property, so the whole system works together to make the ACT more resilient and less reliant on food produced elsewhere.”

He does always recommend a soil test first, though. 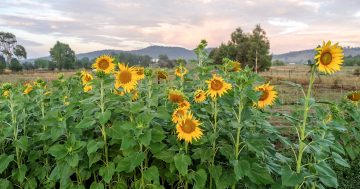