BAD!SLAM!NO!BISCUIT! ready to fight at the Phoenix 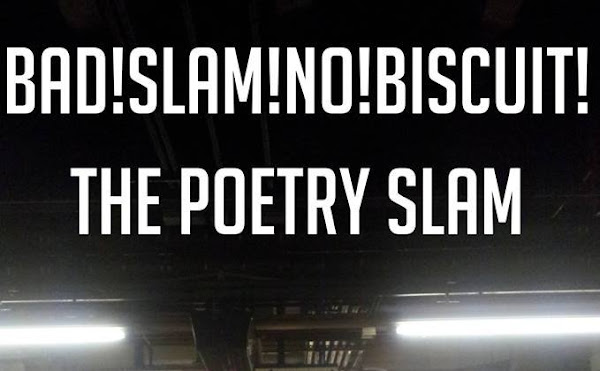 BAD!SLAM!NO!BISCUIT! is a wild beast and cannot be contained, and it is returning to the Phoenix.

The following release should answer any questions you have.

BAD!SLAM!NO!BISCUIT! IS THE POETRY SLAM IN CANBERRA.

We give you a stage, 2 minutes, 2 microphones, an audience, The Master or Mister or Mistress of Conflict, 5 judges, 2 toilets, 2 MCs, and the chance to perform poems, all for prizes, all in the Phoenix Pub, all with alcohol, all for glory.

WHY ARE THERE NO PHOTOS ON THE INTERNET OF SAM WORTHINGTON IN A BLACK LEATHER KILT?

That’s right, we want your words on stage at the Phoenix Pub, and in the audience yelling, clapping, heckling and/or not paying any attention but instead drinking and having conversations. Because this is a poetry slam, not school slash church slash work slash dinner with the family slash a visit to hospital slash self-improvement.

No, it’s not a visit to hospital.

This month we feature the revived and in full motion SHAKESPEARE!

ON THE INTERNET THERE ARE PHOTOS OF CRAZY EYED SCHOOL GIRL WITCHES AND MACBETH!

For those unfamiliar with Shakespeare, well, William Shakespeare is an English poet and playwright, widely regarded as the greatest writer in the English language and the world’s pre-eminent dramatist. He is often called England’s national poet and the “Bard of Avon”. His extant works consist of about 38 plays, 154 sonnets, two long narrative poems, and a few other verses. His plays have been translated into every major living language and are performed more often than those of any other playwright.

THAT’S CORRECT! SHAKESPEARE WORKED FOR AVON.
Or maybe they sponsored him, the record is unclear.

AND SAM FIRING A MACHINE-GUN AS MACBETH IS ON THE INTERNET!

We also bring you JUDE KOHN.

Jude Kohn describes her sound as jazz vocals with a bluesy guitar, deceptively simple lyrics, and a smattering of rock ‘n’ roll beats. You may have seen Jude play as part of CMC events, Women of Note, and at other venues around the Canberra. Well now she is in the Phoenix Pub for BAD!SLAM!NO!BISCUIT!

AND LIGHT AND SHADOW FALLING ON SAM’S MACBETH FACE IS ALSO IN THE INTERNET!

POETRY IS THE REAL WINNER!

Then join us at the Phoenix Pub for BAD!SLAM!NO!BISCUIT! and remember 2 minutes, no music, no props, your original material (unless you’re a rebel, we welcome rebels).

I FOUND ONE PHOTO WITH SAM AND LADY MACBETH AND A BIG BELT BUCKLE ON THE INTERNET! Internet you have failed. 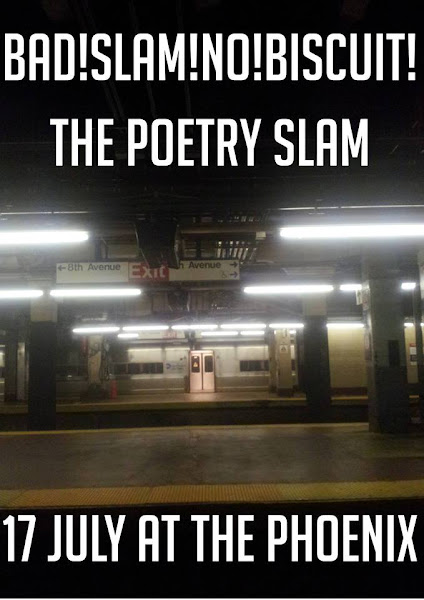 Philip Selmes - 14 hours ago
Andy Anderson you've got no idea about traffic engineering, have you Andy? And neither do any of the people who 'liked' your... View
show more show less
*Results are based on activity within last 7 days

A short menu that’s long on authentic flavours is a winner in any language. A handful of traditional dishes interspersed...
Food & Wine 26

@The_RiotACT @The_RiotACT
In his boldest selection decision in his short tenure so far as Wallabies coach, Dave Rennie has elevated Brumbies fly-half Noah Lolesio to the starting lineup for tonight’s third Bledisloe Cup test at ANZ Stadium in Sydney https://t.co/CzW9RXdAqV (1 hour ago)

@The_RiotACT @The_RiotACT
How would you like to own a former goldfields hotel & lockup that has been transformed into a modern home? Here's your chance https://t.co/kH5lXeeGLB (2 hours ago)