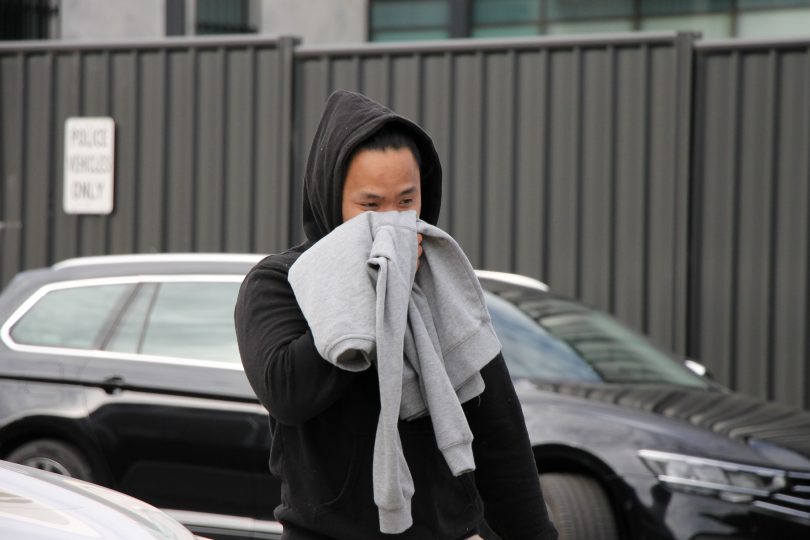 A staff member at a north Canberra bakery resorted to pelting a knife-wielding robber with bread buns when he invaded her store.

Court documents show the woman was working at La Florentina Bakery in Evatt on the afternoon of 13 November 2020 when Hieu Hoang Nguyen, wearing a single black glove on his left hand, entered the building.

Despite the fact he had a disposable blue face mask on, she recognised him as a member of Canberra’s Vietnamese community, although she did not know his name.

He ordered a cake, but as she stood up from the display cabinet to give it to him, he pointed a knife with a 20 cm blade at her and ordered her to open the till.

She refused, so he waved the knife, scaring her. He leant over the counter and tried to open the till himself.

“Why are you doing this? We are from the same community.”

READ ALSO: ‘You might want to clean that up,’ man tells staff after pooing in pool

Nguyen failed to open the till, so he climbed over the counter to try and get into it from the other side.

Scared he would attack her with the knife, the woman picked up a basket of bread rolls and started throwing them at him.

He pointed the knife towards her as he took $360 out of the till and put it into his pocket. He placed his right, non-gloved hand on the display counter window before leaving the bakery.

The woman followed him outside where she met two men and told them Nguyen had just robbed her and asked for help.

The men gave chase on foot, catching up after about 300 metres near Evatt Primary School. Nguyen gave up running and handed over the money he had just stolen.

They also had a quick chat with him, during which he said he “was doing it tough”.

The men returned the money to the woman at the bakery.

Police would find Nguyen’s fingerprint on the display counter window as he had touched it with his non-gloved hand. He was arrested at his home in Evatt two days after the robbery.

Nguyen pleaded guilty to a count of aggravated robbery, changing his plea after originally pleading not guilty.

Nguyen said “thank you” after he was granted bail.

On Friday (16 July), Justice Murrell convicted and sentenced him to 13-and-a-half months’ jail from that day to August 2022 but fully suspended the prison term and replaced it with a Drug and Alcohol Treatment Order.

This order is a sentencing option that aims to rehabilitate offenders whose crime is related to drug or alcohol dependency.

“six-and-a-half months in jail”
if you read, he did spend time in jail.

Yep he served a Bakers half-dozen

‘This is your way to move forward’: man who bashed partner released from jail by circle sentencing court