‘You might want to clean that up,’ man tells staff after pooing in pool 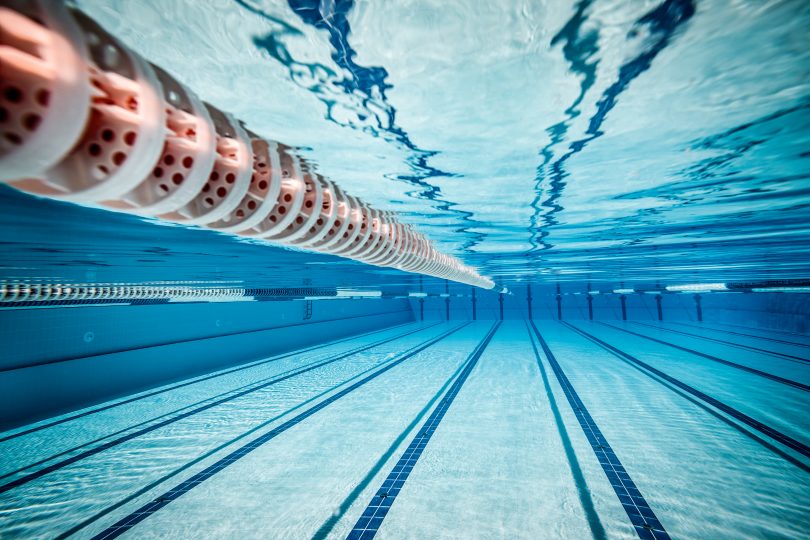 Deane Richard Roach has pleaded guilty to a range of charges, including indecent exposure and stalking. Photo: File.

Warning: This story may disturb some readers.

A court has heard how a man left pool staff “stunned” after defecating in the water.

In a victim impact statement read to the ACT Magistrates Court on Wednesday (14 July), a woman from Arthritis ACT said that after defiling their pool, Deane Richard Roach got out of the water and told staff: “You might want to clean that up”.

The 44-year-old from Holt committed a range of horrifying obscenities across Canberra, such as exposing himself to numerous people, including children, and urinating on the floor of a supermarket.

The woman from Arthritis ACT said Roach was allowed to use their pool for free as his mother had contacted them to say he was desperate for hydrotherapy but had no money.

But she said he was a difficult client from the beginning. He was rude to staff, upset clients, became more and more aggressive, then began exposing himself.

She said there was also an incident when he called her personal phone and abused her, leaving her feeling “shaken”.

READ ALSO: Man drives around Canberra punching ex in the head, threatens to kill her son

“On top of that, you then started coming to the office to ‘get me’,” she said.

“Your behaviour, your demeanour, was scary.

“We were just trying to help you live without so much pain, and this was how you thanked us.”

Court documents show the first time Roach exposed himself was at the Australian National University on 14 June 2020 when he stood naked in a pool in front of a 17-year-old girl.

As the girl swam towards him, she saw he was standing in her lane in “a proud stance” with his legs apart and she could see his genitals, which made her want to vomit.

When a lifeguard approached and asked him if he had any clothes on, he replied: “No, my car got stolen today, and it had all my clothes in it.”

“I didn’t realise I had to wear clothes,” he later told the lifeguard.

On 10 July 2020, Roach was at the Aqua Harmony pool in Kambah for an Arthritis ACT hydrotherapy session when he exposed his genitals to a staff member, then did so again to another staff member a few days later. That same day, 15 July, he defecated in the pool.

Next, on 5 September 2020, Roach urinated on the floor during a busy day at Coles at South.Point Shopping Centre while in front of several children.

He exposed his genitals to a patron at the Stromlo Leisure Centre’s pool on 7 September and two 10-year-old children at the pool on 11 September 2020.

Later that month, a staff member at the leisure centre told Roach they had received multiple complaints about him, and he was banned for 12 months.

Roach asked if it was because of his “skimpy underwear”, and the staff member told him they were translucent.

“I guess the kiddies wouldn’t like that,” Roach said.

On Wednesday, Roach’s lawyer, James Sabharwal of Burley Griffin Chambers, told the court his client had been taken into custody on 19 October last year, but had served about three months of his time behind bars for other matters.

Mr Sabharwal said a psychologist report found his client had depression and suffered from alcohol abuse, and witnesses had said he “smelt of alcohol”.

Magistrate Louise Taylor said an explanation for his behaviour could be that he got some kind of gratification from exposing himself and making others feel uncomfortable.

His behaviour had continued in custody, she said, as he had allegedly committed similar acts and made others uncomfortable while he was behind bars.

Mr Sabharwal said in the first alleged act in jail his client had just woken up, while in the second, he had come out of the shower.

Prosecutor Katrina Marson told the court Roach’s repeated acts of exposing himself were “a pattern of behaviour”, and he had targeted young people and women in their places of fitness and leisure.

She said when the woman from Arthritis ACT and her staff stood up to him, he had reacted with enormous anger that reflected his entitlement.

Magistrate Taylor will hand down her sentence on 6 August. Roach will be held behind bars until his next court appearance.

He has pleaded guilty to 12 charges, including stalking, indecent exposure, damaging property and committing an act of indecency without consent.

TheSilver - 9 hours ago
I'm not. The only two real world usage studies I mentioned predate what's happening now. View
Jacob Mulholland - 10 hours ago
The vaccine isn't a shield or a cure. You can get the flu vaccine but still get the flu, just not as much as compared to some... View
chewy14 - 13 hours ago
JC, Definitely agree with that, testing in those high risk settings should be a given.... View
Breaking 1

@the_riotact @The_RiotACT
Did you hear about the bloke who was bitten by a #white-tail spider and doctors had to amputate his leg? It probably didn't happen, but the #spider's fearsome reputation persists without a shred of evidence. Damien Larkins explains https://t.co/5I2pJBKyzw (54 minutes ago)