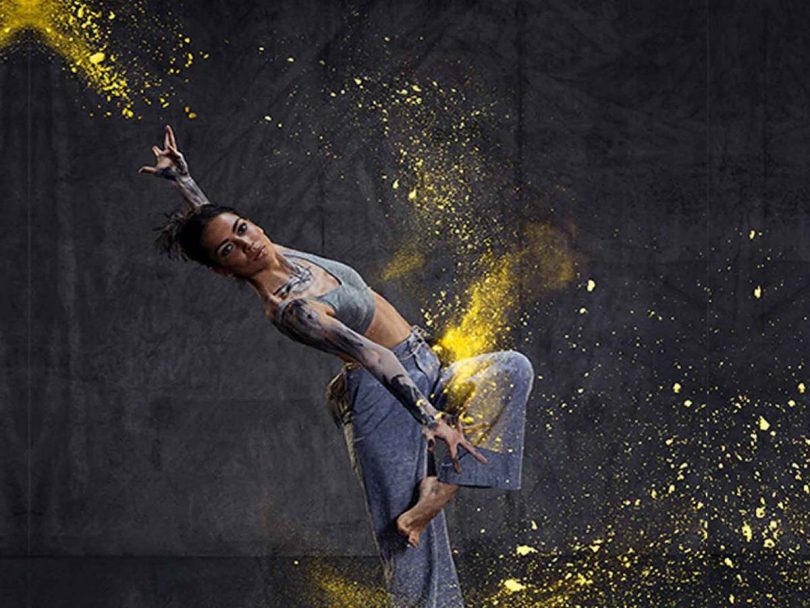 It’s been a long journey but at 30 years of age, it’s time for Bangarra Dance Theatre to celebrate.

They’re not only one of Australia’s most significant performing arts companies, but almost certainly the only contemporary, mainstream, wholly indigenous dance company in the world. They’ll be at the Canberra Theatre from July 18-20, performing 30 years from sixty five thousand.

Bangarra is undertaking a major Canadian tour at the end of this year including an inter-cultural residency at Six Nations of the Grand River, the country’s largest First Nations reserve near Brantford in Ontario.

“Every time we go for a visit, meet First Nations people in our travels, they say to us that they would love to have something like this,” Artistic Director Stephen Page says. “You realise that this foundation we’ve laid is celebrating and continuing our stories through this medium. That’s a big responsibility.”

Bangarra creates one new work each year but has also reached back to major works from the past for this birthday tour. One is Unaipon, originally created by choreographer Frances Rings to mark the life of one of Australia’s most significant Aboriginal figures, David Unaipon. 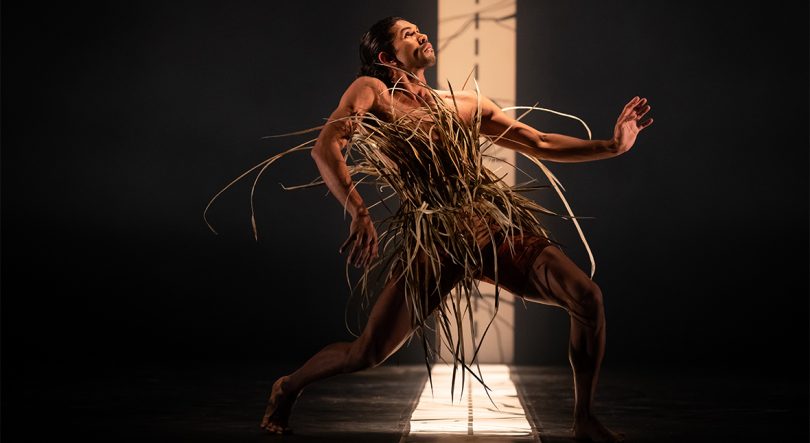 Unaipon has been revived for Bangarra’s 30 years of sixty five thousand.

It was originally commissioned for the Adelaide festival in 2004 and Rings says the idea came from a conversation she had with her sister Gina when they were both on tour in Europe with Bangarra.

“We’d sit up at night in Monaco talking about home,” she says.

“I felt shame that as an indigenous woman, a South Australian, I knew nothing about this extraordinary Ngarrindjeri man. And if I don’t know anything, what does the rest of Australia know? Our art form has always been the vehicle with which we tell our stories and bring awareness about indigenous Australians.”

Unapion is the man on the $50 note, a brilliant intellectual who was the first Aboriginal author published in English: a scientist, inventor and preacher. The David Unaipon College of Indigenous Education and Research at the University of Adelaide was named after him.

“When I started researching the time in which he lived, the government policies affecting Aboriginal Australians at that time, it was a story that completely blew me away,” Rings says. “He was referred to in his lifetime as an Australian Leonardo da Vinci.

“For someone at that time not considered a citizen of his own country, it was an incredible challenge to proactively work for his people. Mr Unaipon really believed that we could co-exist in this country if we both put more effort into doing it well.”

As a dancer, Rings was fascinated by Unaipon’s enduring interest in perpetual motion and the principles of Newtonian physics. “The dancers looked at me like I was from another planet when I suggested exploring Newton’s laws of physics – gravity, inertia, velocity and generating energy – by using our bodies.”

Stamping Ground by Jiri Kylian is also on the program, a work created in the early 1980s for the Nederlands Dans Theater after the Czech choreographer had worked with groups arranging a large corroboree in the Gulf of Carpentaria.

Rings says she had some trepidation about a piece drawing heavily on indigenous culture but made by a European artist, and wasn’t sure if the piece would work for Bangarra.”But when our dancers did it, it was completely contextualised by the cultural grounding of our dancers. They inhabited those shapes and forms. It’s like a beautiful message stick that he gifted back to us.”

The final program element for 30 years of sixty five thousand is a collection of pieces curated by Page that represent the company’s history, major figures and musical legacy including the likes of Elma Kris, who was named national NAIDOC artist of the year on Saturday night (6 July).

Page says he is aware of the currents of generational change now running through the company. “In the first decade we were all just exploring how to do this with the clan and the mob, my brothers and the communities that stayed strong and invested in us,” he says.

“Now, we have established a language of dance.”

Book for Bangarra at the Canberra Theatre from July 18 to 20.

Josh Shirley - 5 minutes ago
I had a 3 bedroom 2 bathroom townhouse in Melbourne 30mins from the city and the mortgage was $200 a week cheaper than any re... View
Vanessa McIntosh - 22 minutes ago
Remi Fletcher Yvette berry ignores anything that makes her look bad If I was Kerry-Anne I’d be talking to Mark Parton MLA View
William Coats - 52 minutes ago
Yes if a house is left empty in the ACT the owner is liable for land tax. View
Lifestyle 18

Garth Kirwin - 3 hours ago
they need to fix these lovelys up.if canberra loses these canberra loses it soul. View
Kathleen Lee - 10 hours ago
What! They are historical buildings. Don't be so silly. View
Glenys Callaghan - 13 hours ago
I love these buildings, they represent Canberra to me. I hope they are never pulled down as they are part of Canberra’s his... View
News 5