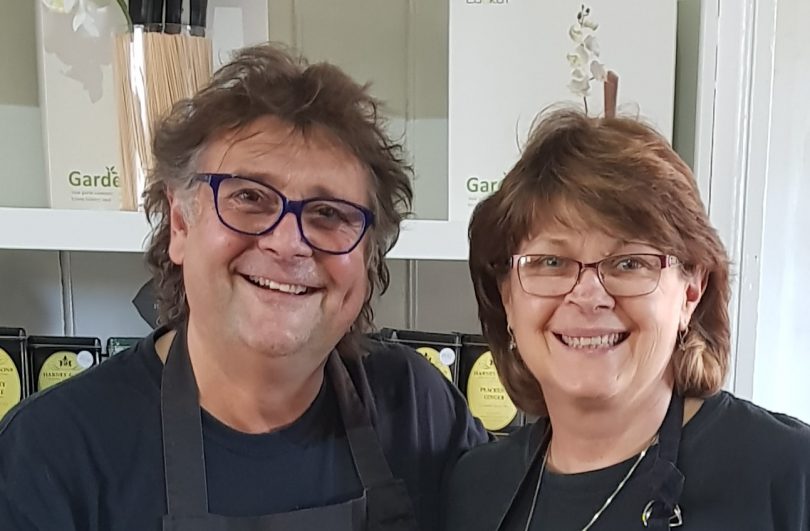 Stephen and Wendy Byrne, owners of Barnes Store Emporium and Café, which has a long history of retailing and now offers home-made food. Photos: Supplied.

For a hairdresser, Stephen Byrne makes a delicious meat pie.

His beef and mushroom, Thai curry chicken and Texas pulled-pork pies are bigger than your standard meat pie. Maybe because there’s so much riding on them, and on the other hand-made goodies Stephen and his wife Wendy make every day. Preparing and selling food underpins the couple’s tree-change venture, Barnes Store Emporium and Café, at Murrumburrah.

The café is big. The building it occupies is enormous and the heritage project driving its owners is far-reaching. In parallel with establishing their cafe, they are restoring the historic building and hope the little town which adjoins Harden thrives as a tourist destination between Sydney and Griffith, and two hours from Canberra. Coaches are beginning to stop as more businesses re-open in Murrumburrah.

In 2001 the old shop’s size probably frightened buyers tempted by a bargain, until Stephen and Wendy, two adventurous hairdressers who had worked in various salons in Sydney, stepped through the front door. Their jaws almost hit the hardwood floor. But instead of baulking at the restoration of what once was the largest department store on the South West Slopes, they saw an opportunity

“Builders were on the roof for three months, working on half an acre of roofing,” Stephen Byrne said.

“We walked inside and just fell in love with the place,” Stephen says. “We knew it was something special. You needed to have some kind of vision for it. Everything you did, or do is of mammoth proportions.

“Bluestone cellars run under the length of the whole building. They are amazing. There are hand-cut timber beams, just incredible stuff,” he said.

The eye-opening experience fired their imagination and curiosity to find out more about the Barnes story. They bought the place for $195,000 after it had gone on the market for $360,000.

Stephen recalls the first job was water-proofing their new purchase.

“Builders were on the roof for three months, working on half an acre of roofing,” he said.

They used the solid old joint as their country home for several years. They left Sydney in 2009 and opened the café in 2012. These days they make everything from rocky road chocolate to cheesecakes and cater for weddings, parties and conferences. Their research, which uncovered a century of department store retailing, the gold rush era and bushrangers, is gobbled up by travellers as hungrily as Stephen’s pies.

English businessman John Barnes built and began trading there in 1860 until he was shot and killed by John O’Meally, a member of Ben Hall’s notorious bushranger gang. Hall called at the store on other occasions trying to sell melted down jewellery, as well as terrorising people throughout the district.

After his death, Barnes’ sons Thomas and George continued the business under the T & G Barnes banner until 1961 – more than 100 years of retailing.

“Thomas and George began with one little bluestone building, worked their way down the street, so there are six shops, slightly larger than the café shop,” Stephen said. “Each one had a different purpose: haberdashery, hardware, timber and steelyards out the back, and produce. Rum and butter were stored in the coolest room,” he says.

“When we opened the café we wanted to keep that history alive, that’s why we called it Barnes Store Emporium and Café.” 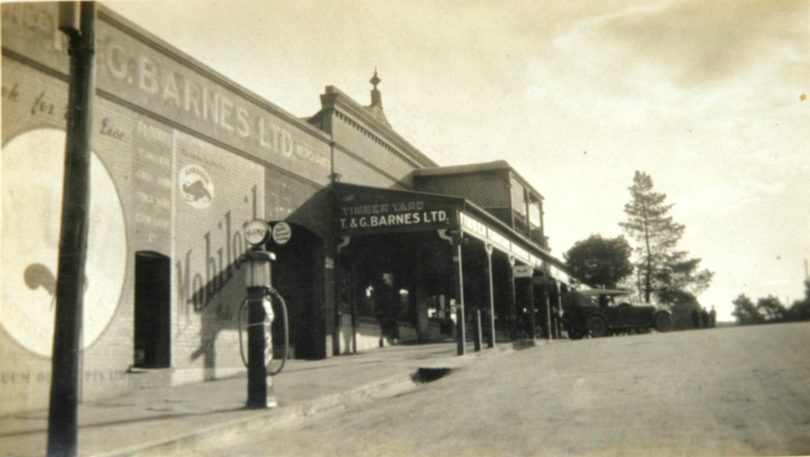 Gold was found in the mid-1800s near Murrumburrah, and one of three mines was for a time the largest gold producer in NSW. One discovery brought nearly 1200 diggers within three weeks. Churches and civic offices were established there before the railway arrived in 1877.

“We have a really diverse collection of buildings, with art deco, Victorian, several different styles all thrown into one street,” Stephen said.

Working with heritage consultant Ray Christison who specialises in rural and regional projects, the couple aim to restore the original awning that ran along the line of shops.

“We have lots of photos of it at different times. We have the information, we just need to work with heritage grants and things like that and get the awning back on,” Stephen says.

“When they were taken off, the weather got on to the front windows and they weren’t designed for that.”

They work with The Light Horse Hotel across the road to promote the precinct and share hotel lessee Karen Kemp’s vision for giving travellers on the Burley Griffin Way more reasons to stop and stretch their legs. The hotel, a honey shop, several cafes, a homewares and food shop The Muddy Duck and Australian Light Horse Memorial offer something to see during a break from travelling. 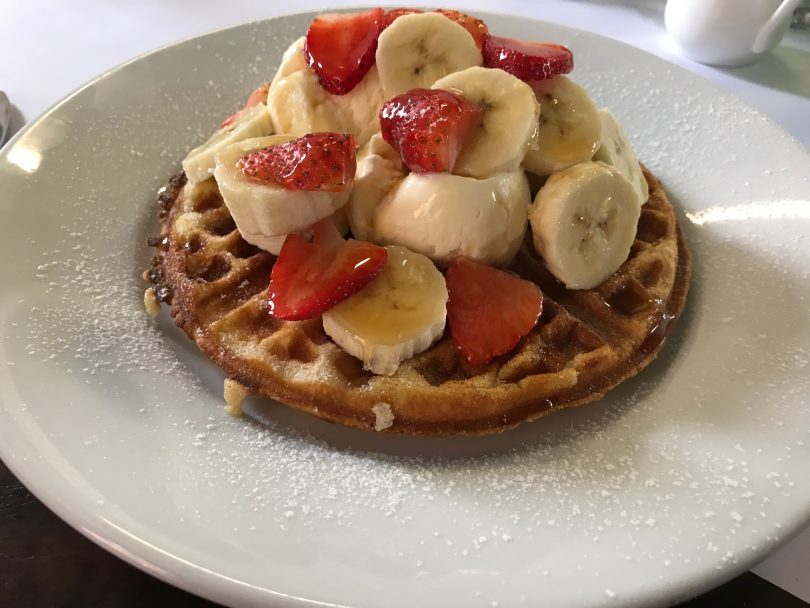 Barnes Store Emporium and Café at Murrumburrah gives travellers a reason to stop and stretch their legs.