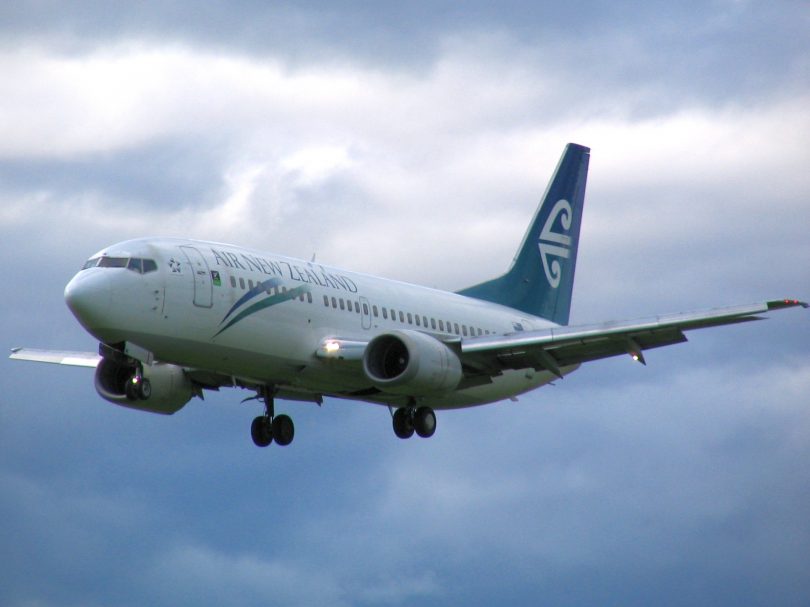 An Air New Zealand Boeing 737 that would suit the Canberra-Auckland route. Photo: Wikimedia.

The stars are aligning for Canberra to land its bid for a resumption of direct flights to New Zealand, according to Chief Minister Andrew Barr.

Mr Barr will lead a delegation across the Tasman next week to make the pitch to Air New Zealand, along with counterparts in NZ, for two-way links with Wellington and/or Auckland.

He has also been talking with Qantas, discount carrier Jetstar and Virgin Australia.

Speaking at the launch of the Canberra Region Tourism Awards, Mr Barr said that in the pandemic world of closed international borders, airlines were looking for viable destinations.

“They are busily reconfiguring their fleets in the new aviation dynamic and that is a trend towards smaller and more fuel-efficient aircraft which is absolutely what Canberra needs,” he said.

With a catchment of 900,000 within two hours of Canberra Airport, the region was perfectly suited to jets that seat 100 to 170 passengers and can fly across the ditch, Mr Barr said.

He said he would not be making the trip if the Kiwis were not open to the new flights, and was hopeful of a summer start.

“If we could get something up for Floriade that would be fantastic but if it’s into the summer that would work well for us,” he said.

Mr Barr will join with city councils, tourism partners and airports to present a joint package to the airlines.

“We think we have a very compelling product and offer and … see this as a two-way flow of tourists, business travellers and friends and family being able to reunite after an extended period of not being able to travel across to NZ,” he said.

“It’s a model that’s worked before. This works best when it is two-way, and both destinations are engaged.”

Mr Barr said a lack of aircraft availability had been a barrier in the past but “for the first time since I’ve been Tourism Minister, and we’re talking 15 years, there is an abundance of aircraft and airlines looking for good places to fly to”.

He said the ACT was not specifically aiming at a discount carrier given the very broad nature of the market proposition – involving government, defence, business, education, visiting friends and relatives and leisure – and the routes were probably best served by mid-market and/or full-service airlines.

The optimal number of flights per week would depend on the size of the aircraft, Mr Barr said.

Mr Barr said the key North Island destinations were the most viable options for two-way traffic rather than pursuing flights to and from the South Island, despite its tourism attractions and ski fields.

“We are seeking to establish aviation links with the biggest NZ city and the capital,” he said. “Our objective is inbound to Canberra. There is also an outbound component out of Canberra and that is the attractive part to our NZ counterparts and why we are seeking to put together a joint proposal. The route needs to work both ways in order to be viable.”

Mr Barr said the biggest barriers to success were the ongoing pandemic and availability of the right airline partners and aircraft type.

He said the bigger market of Canberra-Auckland was more suited to an A320 or B737 (160-170 seats) flown by Air New Zealand, while Canberra-Wellington would be better served by a smaller jet such as the Embraer E190 with 94 seats, which Qantas flew.

The cost for the Chief Minister’s Office is about $11,500 and final figures will be reported in the quarterly travel reports.

This is all very good news for people flying but when are cruise ships going to NZ going to be allowed to re-commence sailing? Some of us have bookings for just such cruises with no sign (so far) of cruising being allowed within the Trans-Tasman bubble??

My only sister lives in Tauranga who I haven’t seen since our Mother passed away. I welcome any flight to the North Island.

Amanda Bryan Canberra – Auckland , not quite Canberra – Hamilton but getting closer

Stephanie Balnaves aw I will take it!!

Let’s hope he stays there

Way to go! Looking forward to this!

Oh yes please, flying into Canberra was the best!!!