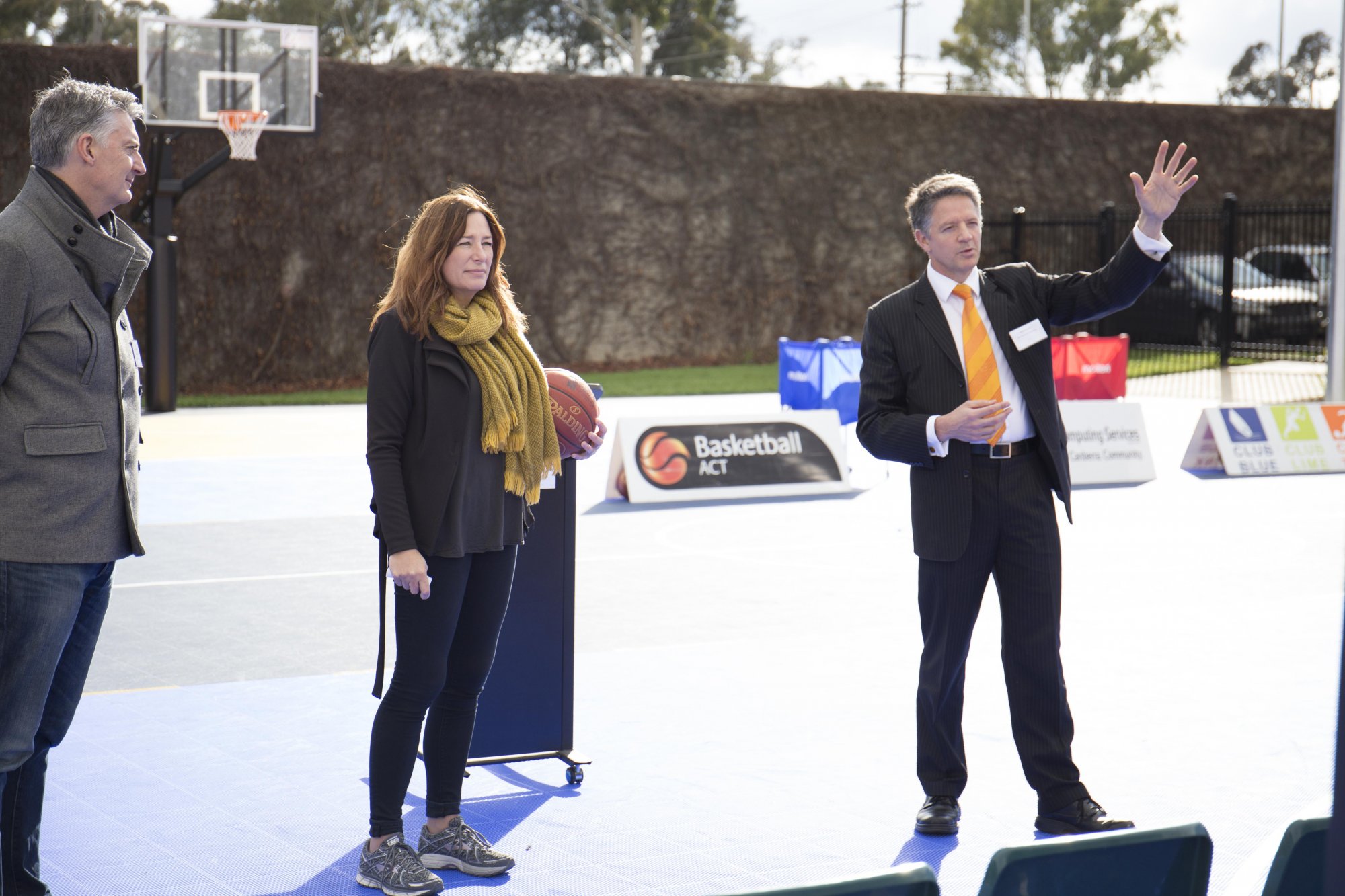 This morning, Basketball ACT announced the official opening of their 3-on-3 (3×3) basketball courts.

The outdoor facility, which is located behind the Belconnen Basketball Stadium, is the first of its kind anywhere in Australia, meaning Canberra hopes to attract not only locals, but international 3×3 competition to the courts.

3×3 basketball is currently pushing to be an Olympic sport and with the Tokyo Olympics just around the corner, the ACT are well placed to interest international training and Olympic qualifiers.

Deputy Chief Minister, Yvette Berry, had the honour of cutting the ceremonial ribbon, while Basketball Australia’s CEO, Anthony Moore and Basketball ACT President, David Leaney, also spoke of the impact the courts will have on basketball in Australia. 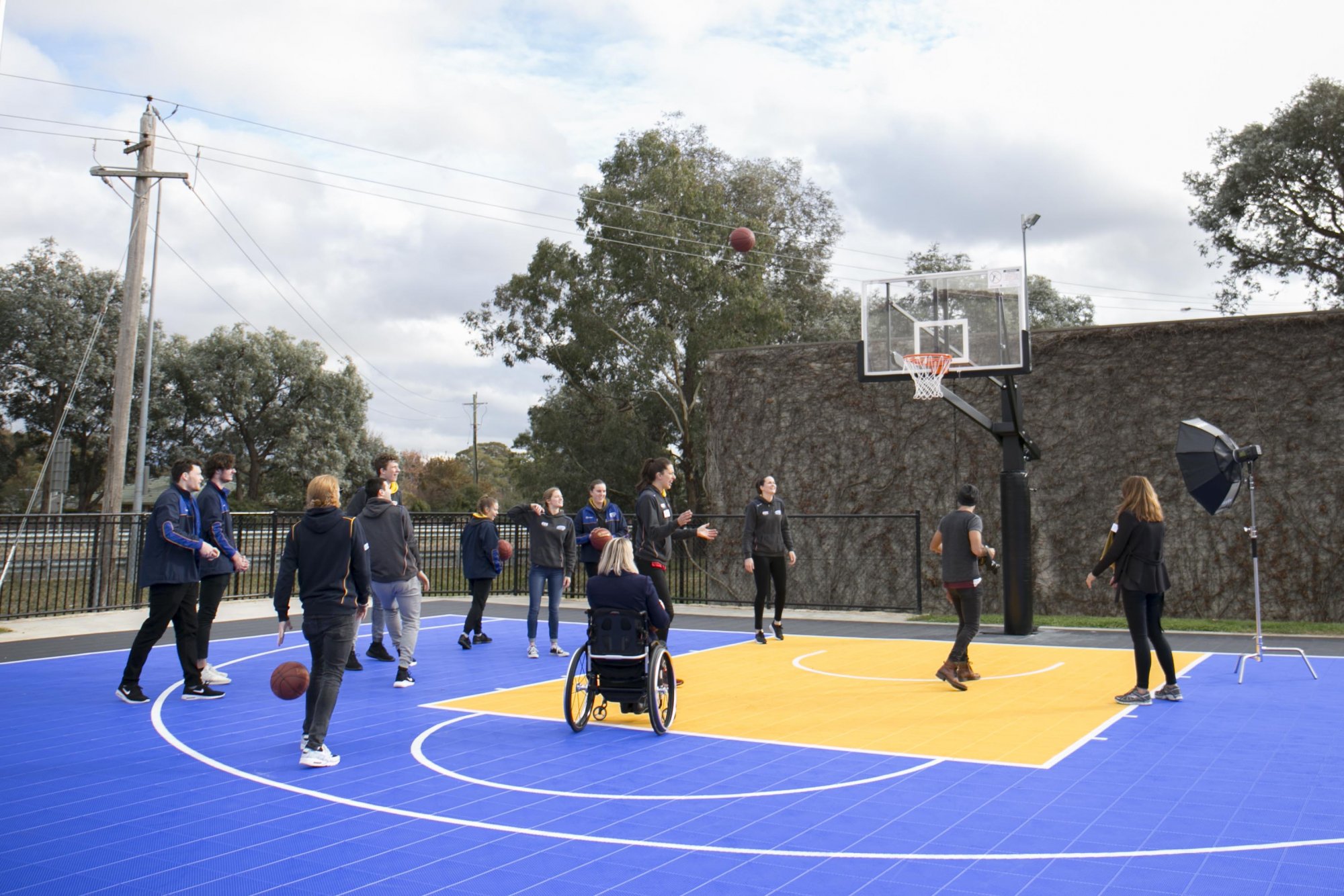 Berry said she believes the facility is world class and is happy that Canberra is leading the way.

“In a city like the ACT with 400-thousand people we’re leading the way in Australia,” she said, adding that due to the different playing surface and fact that the courts are outdoors she believes 3×3 basketball has the ability to be popular with those who aren’t already playing the indoor game.

Pending the success of the new outdoor courts, Berry said it is likely other cities will follow in the footsteps of Basketball ACT.

“It’s more of a recreational community type sport, it’s less formal, it’s less structured, it’s got more of a street feel about it, and we’re looking to constantly improve, not just as basketball facility, but as a community sport recreational facility,” he added. “Being first to do something like this, it really puts Canberra on the map.” 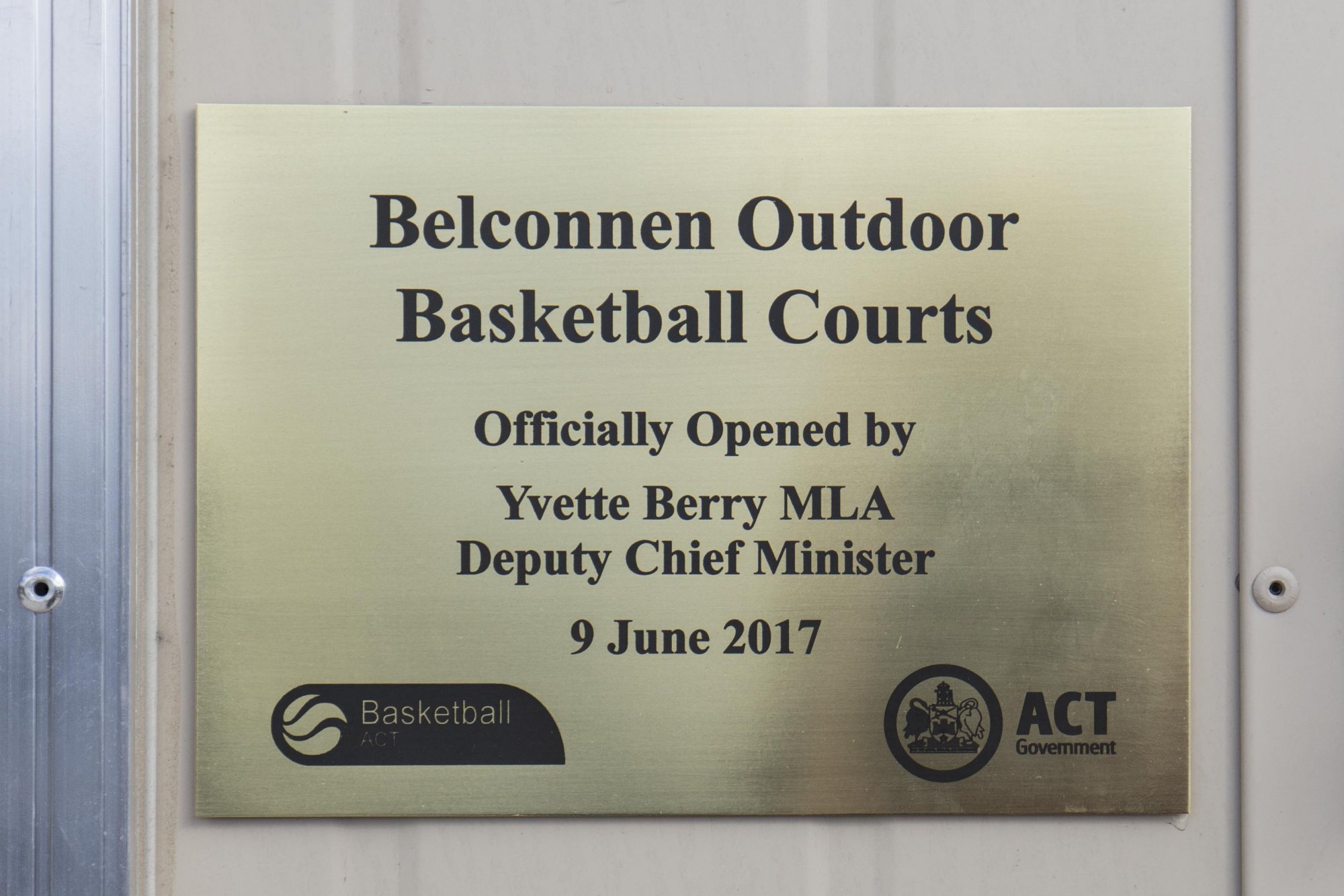 Due to the assistance of the ACT Government, Basketball ACT are proud to announce they now have a means to accommodate a rapidly growing sport, and also introduce Basketball in a completely new format.

3×3 basketball kicks off at Belconnen tomorrow morning at 11am for the Queen’s Brrrthday Bounce 3×3 competition.

Hi Billy, yes the courts are now open for casual shoot around and group bookings. Please call Basketball ACT on 6253 3066 for more information.

Good to hear about the courts they are putting in, basketball is one of the few sports in Canberra where kids don’t need much money or organisation to play socially with their mates.

My son and I used to shoot hoops at Mt Neighbour School Kambah until the government closed it, then we went to Kambah High until the courts were fenced off in the school grounds. Then we played at some pretty dodgy courts at the Snodgrass Cres Kambah primary school, but they are gone as well.

We have pretty good public basketball courts in the suburb we live in now, but I feel sorry for any Kambah kids who have had their basket ball courts and cricket nets torn down or fenced off over the years. Closing 3 primary schools and 2 pre schools in Kambah, didn’t just remove the school itself, but it also removed Ovals, football posts, basketball courts and kids play equipment as well. These facilities were regularly used out of school hours and on weekends in particular.

Will the courts be available for causal shoot around or group bookings?

Hi Thomas, thanks for the response. There are lights on the court (they just can’t be see in the photos from the article) so people will be able to play at night. On Friday night we hosted our first Corporate 3×3 Comp (with the lights on) which was a great success.
Hope to see you there soon!
Lachlan

Great the ACT needs better quality outdoor courts. But why no lighting? cost I guess but a court without lights gets pretty useless quick in winter time.

Cilla Ong - 6 hours ago
Liu Rui that’s a VERY broad assumption. Would you stand by this assumption and be confident enough to attend one of these h... View
Opinion 42

Cary Elliot Johnson - 10 hours ago
Jennifer White actually just touches on the issue and is the tip of the iceberg that the greater public should know about how... View
Cary Elliot Johnson - 10 hours ago
Jenni Zimoch and allied health workers currently on $30/hr, but according to Jennifer, its just a rubbish issue as is the art... View
David Brown - 14 hours ago
Jo Hann I agree and I think the government should be demanding a rebate. They contracted to provide a service. They have not... View
News 6

Maya123 - 13 hours ago
About time this happened. Well done. View
chewy14 - 14 hours ago
The ACT government once again focusing on the big issues. Well done, not like there are more important things to be done.... View
ssek - 14 hours ago
"Inspectors will have the right of entry to businesses" So, warrantless searches? "Penalties of up to 50 penalty units" Makin... View
Motoring 3

@The_RiotACT @The_RiotACT
Keen to get festive on Christmas Eve with a great night out? We’ve rounded up some top local spots to consider https://t.co/P5iUGeuET0 (3 hours ago)