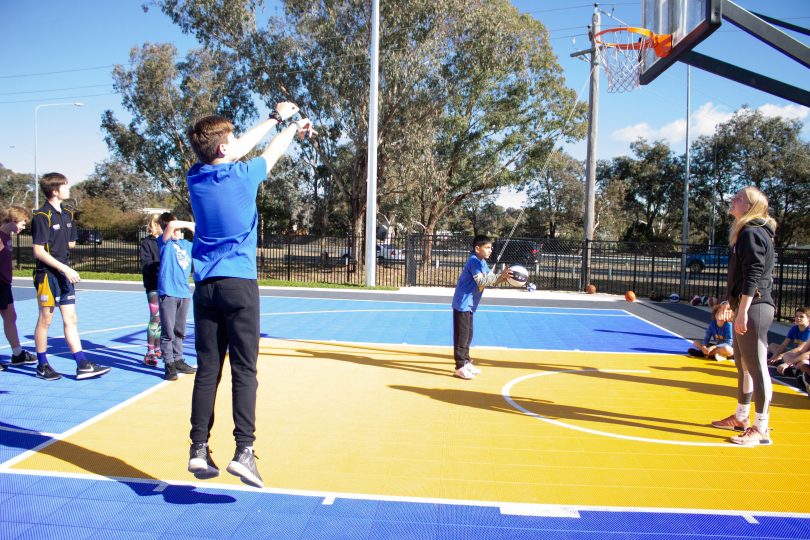 “The camps went really well, the kids were so excited!”

Basketball ACT’s Holiday Hoops camps were a hit these past school holidays! The camps were run at Belconnen Basketball Stadium and, for the very first time, Tuggeranong Southern Cross Stadium, giving kids all across Canberra the chance to get involved in the sport.

“The camps went really well, the kids were so excited!” said Basketball ACT’s Development Officer Reece Kaye. “Our coaches were awesome and kept the kids engaged.”

The camps kicked off at Belconnen Basketball Stadium with kids being run through a variety of skill drills, games and even a visit to the movies!

Numbers were up these holidays with plenty of old faces returning to the camps as well as some new hoopers coming up through our Aussie Hoops and 8 & Under programs.

Fellow Basketball ACT Development Officer Chloe Tugliach says it was great to see so many kids involved in the camps.

“It was fantastic!” said Tugliach. “We had so much fun, there were a lot more kids than our last camp and we saw lots of new faces which is exciting!” 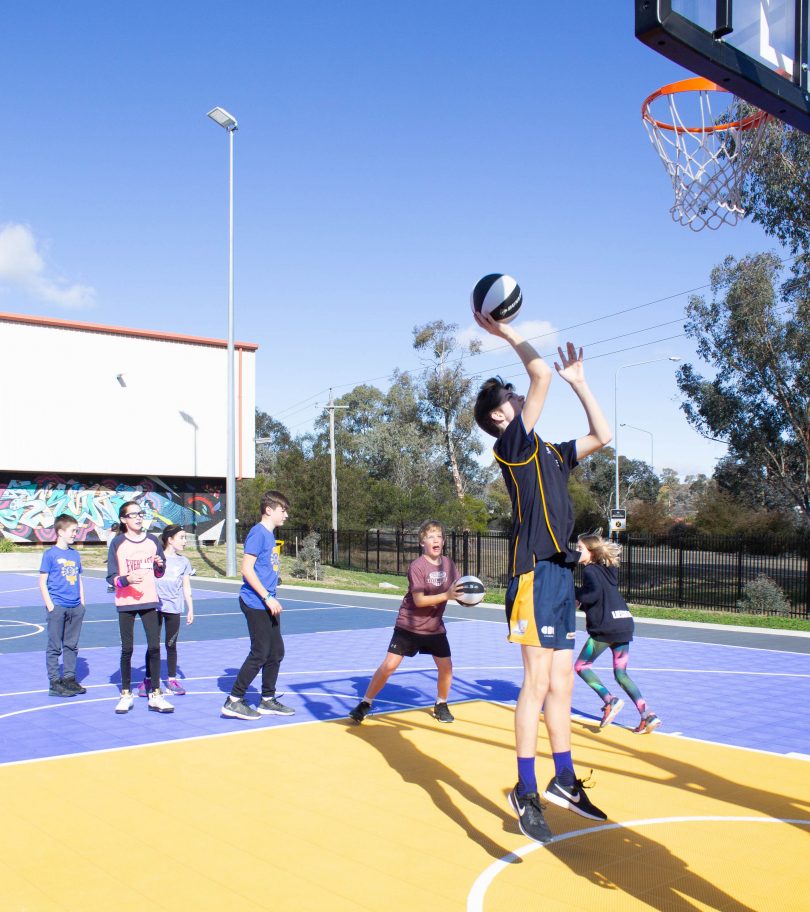 For the very first time, kids south of Canberra had the chance to get involved in the action at Tuggeranong Stadium.

“We will definitely be holding camps there again!” said Tugliach.

Currently playing for the Tuggeranong Vikings in Basketball ACT’s Premier League, Reece is no stranger to the region but says that it was important for them to give everyone the chance to play.

“We are looking to expand southside so it was great to have a successful camp there,” said Kaye. “Our ultimate goal is to grow basketball and this is a great way to do it.”

With another successful round of holiday camps done and dusted, we can’t wait to see all of our talented youngsters back on the court again next holidays!

Your comments about expanding basketball services to the southside is welcome news to the Woden Valley Community Council.

Basketball is very popular in our region and with Woden being centrally located with great public transport access from the surrounding districts, it is an obvious place to build a new multi purpose sports hall.

David Brown - 4 minutes ago
Tiffany Roy I don’t know what planet you live on but in my world, a push bike travelling at say 10-15 Km/h, in a 60 zone wh... View
Christoph Anders-Kristofferson Anderson - 21 minutes ago
When most the ACT was working from home, I was ‘essential’ and still had to drive around a lot. Personally I just think p... View
Tramcar Trev - 28 minutes ago
SC Williams in cases like that you stop get out and ask the driver what the problem is. View
Community 2

nealg - 1 hour ago
Heavy truck traffic, lack of footpaths and e-scooters not a good mix for Mitchell. View
News 45

Capital Retro - 2 hours ago
It was announced in May 2015 that The University of Canberra will be allowed a supermarket, shops and commercial office space... View
Lifestyle 4

Lyn Bailey - 2 hours ago
The story about the ghost walking along the Hume Highway near Lake George is true. I will remember this story for as long as... View
News 16

Capital Retro - 2 hours ago
Don't speculate on unknown unknowns. View
DrLin - 6 hours ago
Foresight serves you well, I received notice yesterday of a 12% increase to the price yesterday. View
Sport 5

Tim Van Der Vlist - 3 hours ago
No discounts for the members for resigning is a disgrace. They have to play on a mediocre (at best) course for 6 months and s... View
Eamon MacDonnell - 5 hours ago
Rowan Kemp Mark Furry Andrew Thorne stills a ways off View
Property 19

Karl Edmondson - 5 hours ago
If only they ate mice. View
Lewis P Owlay - 8 hours ago
I believe you mean the Delta Myna View
Property 13

John Moulis - 7 hours ago
They must have a lot of pull. Even people on Sydney's upper North Shore who want to remove trees which are blocking the view... View
Pam Dovey - 7 hours ago
Margaret Hunt did you see this? View
Run_W - 7 hours ago
Wasn't this the Club that was complaining last month about being broke and if someone put planes on the lake it would mean th... View
show more show less
*Results are based on activity within last 7 days

Motorists involved in collisions with vulnerable road users may face a specific charge and much stiffer penalties if convicted under...
Opinion 122

@The_RiotACT @The_RiotACT
Forrest Tennis Club is one of just three institutions that the Federal Government says has failed to comply with its 'moral obligations' to sign up to the National Redress Scheme https://t.co/71I4Ex10Bk (1 hour ago)

@The_RiotACT @The_RiotACT
23 live music venues will share nearly $800,000 in ACT Government COVID recovery funding. Check out the full list and what they got https://t.co/w8nxBBNuFT (2 hours ago)

@The_RiotACT @The_RiotACT
Fire destroyed their Wallaroo home of over 50 years. Bernie O'Brien relives the terrifying few minutes he and his family escaped the blaze https://t.co/cHlAdTrlRY (4 hours ago)