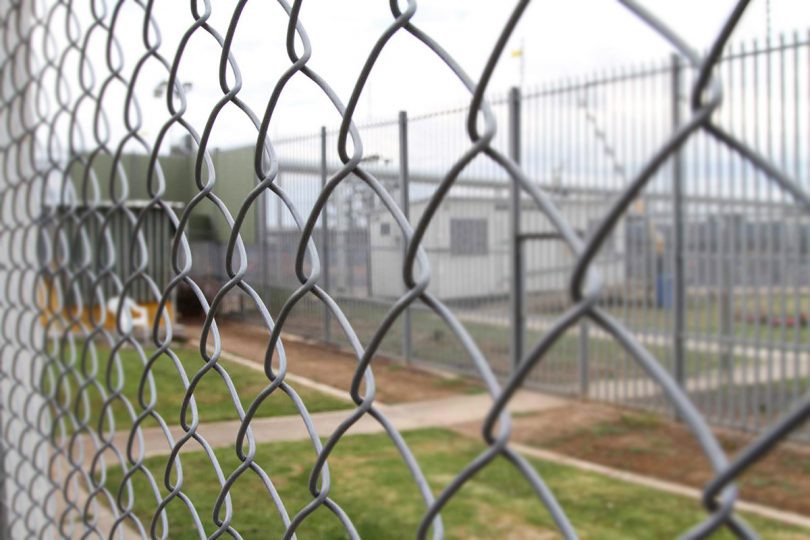 Batemans Bay’s David Degning is spending another weekend in the Villawood Detention Centre in Sydney, with the Federal Court set to decide his future in Australia on Tuesday (August 7).

Mr Degning arrived in Australia from the United Kingdom at the age of seven in 1968 as a ‘Ten Pound Pom’ with his mum, dad, and siblings. For the last 30 of those 50 years, he has earned a living in Batemans Bay, and raised a family with his wife.

According to his family, Mr Degning has voted in elections, interacted with government for all the normal reasons, and has no relationship with the UK.

Mr Degning’s four grandchildren are Australian, including the most recent addition to the Degning family, a baby boy, who was born last month while his granddad is locked up in the high-security wing at Villawood.

His life and that of his family was turned upside down the day before Australia Day this year, 16 Border Force officers raided the Degning’s family home and took Mr Degning into custody. Two weeks before, the Minister for Home Affairs, Peter Dutton canceled Mr Degning’s visa.

Mr Degning is no saint, and this is the part of the story that will challenge your thinking.

He has a string of drink driving offences. Worse still, in 2013 he pleaded guilty to sexual intercourse with a person with a cognitive impairment. The incident in question occurred in 2009. Mr Degning was given a suspended 17-month sentence.

Mr Degning’s current lawyer, Stephen Blanks says, “David served his sentence living in the community on a good behaviour bond. He honoured that bond and was never required to serve any time behind bars.”

According to Mr Blanks, Mr Degnings wife and daughters stand with their husband and father, Mr Blanks says the judge who imposed the 17-month suspended sentence deemed Mr Degning not to be a risk to the community.

As reported by The RiotACT in April this year, the Department of Home Affairs and Immigration has declined to comment directly on Mr Degning’s case but has pointed to the powers of the Minister and the Department.

“There are strong provisions under section 501 of the Migration Act 1958 that allow the Minister or a delegate to refuse or cancel a visa if the person is considered to not be of good character,” the spokesperson says.

“A person can fail the character test for a number of reasons, including but not limited to where a non-citizen has a substantial criminal record.”

The conclusion we draw from that is that Mr Degning has failed the Minister’s character test and as such will be deported back to the UK.

Appearing before Justice Alan Roberston on Friday (August 3), Mr Blanks who is also President of the NSW Council for Civil Liberties argued that Mr Degning should be allowed to stay in Australia.

“When David pleaded guilty to the 2009 sexual offence, his potential removal from Australia could not be envisaged?” Mr Blanks says.

“There are a whole range of legitimate questions that arise about David’s case, and about the Government’s visa cancellation policy and how it’s being implemented by this Minister.

“Why has this man gone from working in the community and paying taxes one day, to being in the highest security and operationally most expensive immigration detention facility in NSW?

“Why was David apprehended at dawn?

“Is the Minister in fact keeping Australia safe, or is he dog-whistling to far-right xenophobes?” Mr Blanks askes.

“David had his day in court on Friday, but none of those questions were asked or answered.

“The court case will look solely at the very dry administrative law question of whether Dutton’s decision was in accordance with law.”

If Mr Degining’s legal challenge is unsuccessful, under Section 501 of the Immigration Act he will be removed from Australia and deported to the UK, the place of his birth, but a place that has no other significance to him.

He will leave behind his dad who he cares for, his wife, his daughters, and his grandchildren, never to return again to the country he has called home for over 50 years.

“It’s not about whether you like this guy or not. It’s not about defending what he did in 2009. It’s about Australia being the society we say we are,” Mr Blanks says.

“It’s about giving people a fair go, accepting that if you do the crime you do the time, but then you get to move on.

“And it’s about whether we think it’s ok for one minister to decide the fate of so many who make up our community.”

Justice Roberston will deliver his decision on Tuesday.

Good to see RIOT making a announcement to the public about this Mr Degning being still locked up.
Local families with a member who has a cognitive impairment would be feeling much better for reading it.

Anonymous - 10 minutes ago
These things breed faster than rabbits, last week there was one on the footpath outside of work. Yesterday there was eight! View
Avril Pounds - 1 hour ago
I saw a scooter rider last week sitting on a milk crate he'd put on the scooter. View
Shaun Coash - 1 hour ago
Michelle, I think they should just lock them all up. Lol View
ACT Election 14

Peter Bee - 13 minutes ago
Simon Robbie . Being a bit smart but the Libs could do with moving back to the centre. The ‘right’ in Canberra does not r... View
Jo Hann - 40 minutes ago
Jorge not really. Even if the Liberal party had won 10 seats and Labor 9, The Greens would never form government with the Lib... View
Peter McDonald - 41 minutes ago
Simon Robbie well they’d have four seats instead of three with Labor View
News 16

Sue Davies - 30 minutes ago
Good luck on your new adventure to you and your family View
Rosemary Rummery - 2 hours ago
Awesome news Canberra is so lucky to have Dr Nick make this his home . Such a nice sole and here’s hoping that his kindness... View
Natalie Gresham - 3 hours ago
Good luck with that 🤬 View
News 5

Guy Hosking - 32 minutes ago
The Eugowra line provided the setting for the final shootout in the episode of Inspector Morse set in Australia. Closed short... View
News 26

Liz Hughes - 1 hour ago
The “controlling right faction” at their best... View
michael quirk - 2 hours ago
If the motivation is to maintain the dominance of the right faction, then it is sowing the seeds for endless defeat of the pa... View
dolphin - 3 hours ago
I wonder? The greens seek a high profile candidate for the Senate. David Pocock announces his retirement from rugby to devote... View
Food & Wine 55

ssek - 2 hours ago
Yes, a couple on the pension CAN own a home and have up to 876k in assets. How many do you realistically believe to be in tha... View
ACT Election 38

Kytie Mclign - 2 hours ago
Margaret Freemantle Maybe, but she was one of the Liberal Party's few Chief Ministers. View
Food & Wine 3

bev hutchinson - 3 hours ago
Canberra aged care facility in Lyneham is fantastic. Registered nurses on duty all the time. The clinical manager is great. T... View
show more show less
*Results are based on activity within last 7 days

@The_RiotACT @The_RiotACT
As UC celebrates 30 years, Wil Anderson will be among the alumni and staff asking the question: Is our future bright? https://t.co/ux9xGZNJzC (37 minutes ago)

@The_RiotACT @The_RiotACT
E-scooters are much like any other vehicle, says ACT Policing, and there will be consequences if riders flout the rules https://t.co/pWQYMZledh (1 hour ago)

@The_RiotACT @The_RiotACT
Labor's Gordon Ramsay has lost in Ginninderra, and the Greens' Johnathan Davis has won in Brindabella, giving Labor 10 seats, the Liberals nine and the Greens six in the new Assembly https://t.co/LIGYqef8jm (3 hours ago)