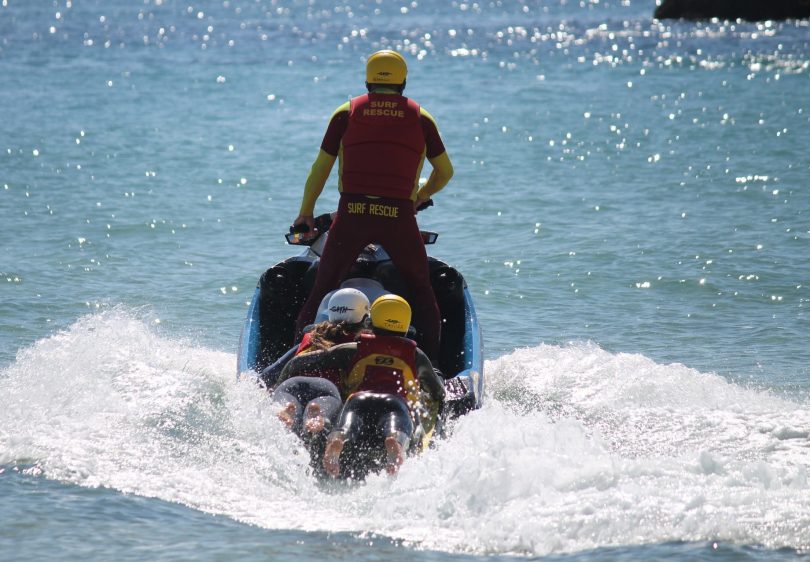 A combination of school holidays and COVID-19-induced cabin fever is expected to contribute to a bumper few weeks on the NSW South Coast.

But, like everything in 2020, spring break will look a little different this year.

The NSW Government has announced a new COVID-19-safe summer strategy, which includes urging beachgoers to ‘keep a towel-length’ between them as the state navigates its way out of the global pandemic.

NSW Minister for Planning and Public Spaces Rob Stokes said the COVID-19-safe plan has been formulated with lessons learnt from the northern hemisphere summer.

“We know we are all going to be here together this summer – no-one’s going to be going overseas,” he said. “The great news is we’re a vast state, with incredible parklands and incredible beaches. There’s room for everyone.

“We can’t all go to the same space at the same time so the COVID-19 program is all about trying to inform people about where the best places are to go and when they should go there.” 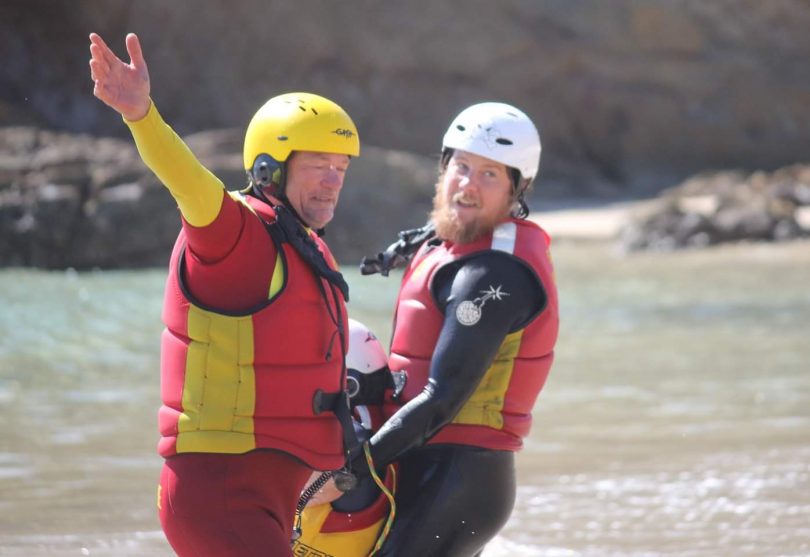 Mr Stokes said are are a number of pillars to the COVID-19-safe summer strategy which will help support the current public health orders, rules and regulations.

The first is marking out proper social distancing rules in parklands and highly visited public spaces from October. The second is in relation to beaches.

“Keep a towel-length, 1.5 metres, from the person next to you,” he said. “That’s the best way you can ensure you’re keeping yourself and the people next to you safe.”

Far South Coast Branch Surf Lifesaving director Cheryl McCarthy said she isn’t expecting beaches in her region to be under the same pressure as those in Sydney, but lifesavers are preparing for a busy season.

“We don’t have the really big volume of people they have to deal with on beaches in Sydney so for us social distancing will be easier,” she said.

“But we have to be mindful that we set an example for beachgoers. We will be wearing masks for first-aid treatment where we can and using one person rather than two where possible. We are trying to find the right balance.”

More than 30 surf lifesavers from across the branch will be in Tathra this weekend (26-27 September) undertaking training for the season ahead.

“We’ve had to change up how we do things,” said Ms McCarthy. “We will be using floating dummies rather than people, and modifying wherever we can. We are an emergency service organisation so we do have a bit more leeway, but we are very visible when we are out there training and we are aware of that.

“We want to send the message that we are all in this together.”

Four Far South Coast beaches – Malua Bay, Broulee, Bermagui and Pambula – will officially open on the October long weekend, with the season as a whole getting underway on 7 November and running until April. 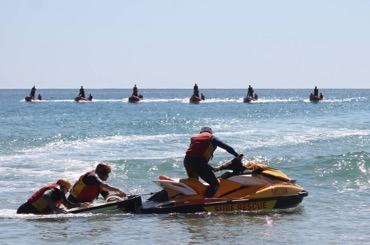 “We are expecting one of our busiest summers ever,” said Ms McCarthy. “People are unable to travel overseas and they want to head to the beach.”

With more than 2400 members and 500 active volunteers, the Far South Coast Branch Surf Lifesaving is well prepared for the influx of beachgoers, but says its role does not include enforcing COVID-19 restrictions.

“We are not police,” said Ms McCarthy. “We can’t regulate people on the beach, but we will be proactive and communicate with beachgoers. We will be reminding them to keep a towel-length away from each other – I think that’s a neat way to get into people’s minds.

“Local police and council rangers can assist if we need to move people on.”

The past summer’s bushfires have raised the profile of lifesavers on the NSW South Coast. Their calm leadership under pressure gave comfort to many people who were stranded on beaches from Eden to Ulladulla.

Ms McCarthy is not surprised they ended up playing such a pivotal role.

“By its nature, surf lifesaving attracts people with a can-do attitude,” she said. “Our training is about seeing what a situation is, thinking about what needs to be done and adapting.

“That’s what really came through in the fires … that training allowed people who had different skill sets to adapt to the situation and just slot in.

“The fires showed people that we are more than just between the flags, the red and yellow. We are trained to support the community and we really saw that shine through during the bushfires.”

Dave N Ange Greer - 3 hours ago
Why is there no comparable list of Queanbeyan region sports stars....? Also how many James Bonds have come from Wagga 🤣 View
Dong Wong - 3 hours ago
look at the face on the dog hahaha View
Alan Byrne - 4 hours ago
Keni Kawaleva all day bra View
News 222

Julie Macklin - 3 hours ago
Benjamañana Fergusunshine The neighbours on your southern side likely won't. View
Kelly McGrath - 3 hours ago
Christine Young my mother and father inks got “free trees” from the govt 40 years ago! We now have the 2 biggest gum tree... View
James Vetos - 4 hours ago
Quite a few comments about price per tree. Does the total cost include the planting of the tree and ongoing follow ups to wat... View
Property 14

Clever Interrobang - 5 hours ago
It’s just politics, ending the lockdown or extending it will upset one group or another no matter what. It’s a delicate b... View
Clever Interrobang - 5 hours ago
The point of having inalienable rights is that they can’t be taken away by will of the mob. View
chewy14 - 6 hours ago
JC, Thanks for pointing out that the ACT is not following the National Plan. And no the ACT "plan" is not nearly the same as... View
Business 2

@The_RiotACT @The_RiotACT
One look at this week's newsletter and you'd think kangaroos had taken over Canberra... hop to it! Subscribe now for all the latest stories straight to your inbox https://t.co/XVdXBWjSeq (3 hours ago)

@The_RiotACT @The_RiotACT
Planning is well underway for the inaugural 'Great #Queanbeyan Duck Race Festival' next April that will see thousands of rubber #ducks float down Queanbeyan #River to raise funds for local charities https://t.co/VWu1CC4RSv (4 hours ago)

@The_RiotACT @The_RiotACT
'Brave' Sally Hopman has seen her first #snake of the season, and it was enough to drive her to drink (so at least the experience wasn't all bad) https://t.co/I12xIs6Ftp (5 hours ago)