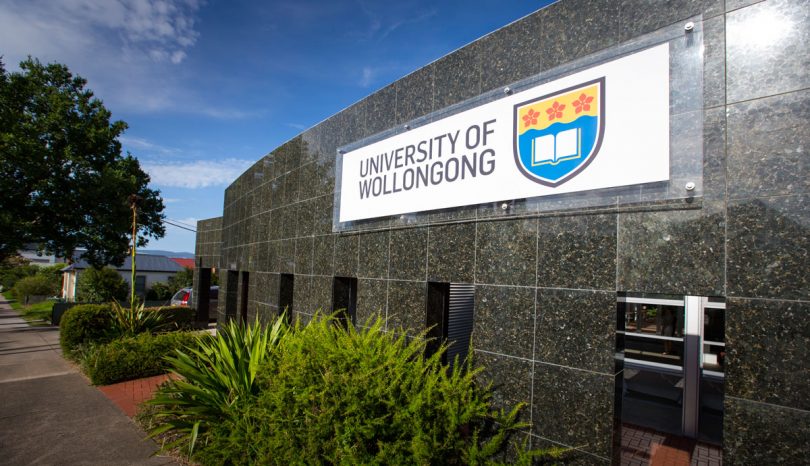 The Bega Campus of the University of Wollongong is set to become an innovation hub. Photo: UOW.

“Kids in the Bega Valley are just as capable as kids in Silicon Valley; we can dream up enterprises that have global significance,” says Liam O’Duibhir of 2pi Software and InTo IT Sapphire Coast.

Speaking to The RiotACT, a joyful Mr O’Duibhir beamed as he shared news that the Turnbull Government was about to supercharge regional innovation.

A $382,000 grant to establish a new Innovation Hub in the heart of Bega is the most significant step yet in the region’s embrace of entrepreneurship, spearheaded over the last decade by people like Mr O’Duibhir.

The money will be used to develop the physical space needed as well as support and education for local people with business ideas.

The support will include:

Minister for Jobs and Innovation Senator Michaelia Cash says the hub will provide more employment and business opportunities in the region.

“This active and successful community is the perfect place to foster start-ups with the potential to transform the economy,” Minister Cash says.

“The innovation hub will bring together local entrepreneurs to build networks, develop new skills and use the power of collaboration to break into new markets in Australia and overseas.

“Australia already has a number of incubators but most of them are typically focused on the information and communications technology industry and are located in capital cities,” the Minister says.

“People in rural and regional areas have just as many great ideas as people in the city, but those ideas are often harder to turn into a business in more remote and isolated parts of the country.” 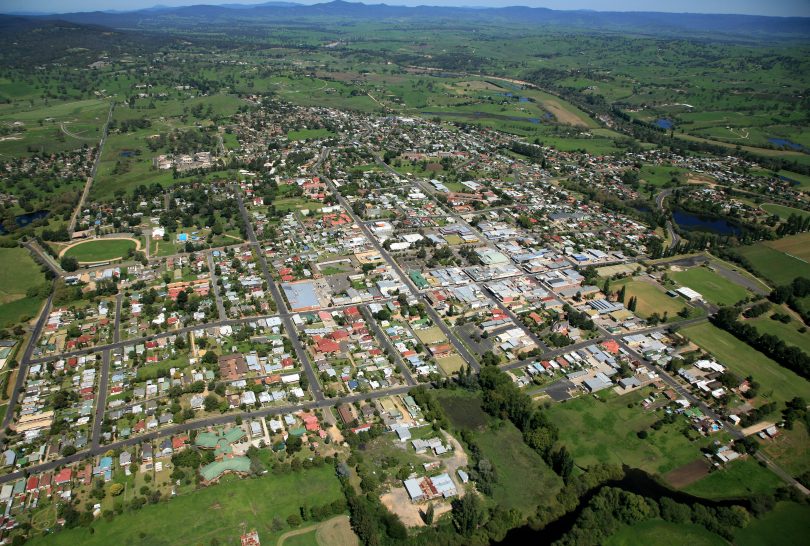 The Bega Valley Innovation Hub is supported by the Bega Regional Innovation Network which is made up of local people and businesses linked to the start-up community, including Zachary Sequoia, Founder of Launch Factory.

The Bega Campus of the University of Wollongong (UOW) will be the base for what Mr O’Duibhir describes as a dynamic work environment.

“For the first time ever in the Bega Valley, entrepreneurship and technology will be legitimate career paths for young people and school leavers,” Mr O’Duibhir says.

“I think we’ll see a cluster of ag-tech businesses emerge early in the piece, we have already seen FIMAC Engineering emerge, they have set up an electronic device for sampling milk as it goes in and out of milk trucks.

“And I know there are a number other start-ups in the area looking at a range of tech solutions to on-farm needs.”

With backing from UOW’s iAccelerate business incubator program, the potential for the Bega Valley Hub is more than just talk, with participating start-ups getting access to funding via the $10 million iAccelerate Seed Fund.

Zachary Sequoia says access to the iAccelerate Seed Feed is the sweet spot.

“iAccelerate is very well regarded, they command respect, in fact, the CEO Omar Khalifa right now is in Europe touring a bunch of amazing companies that have gone through the program in the last year,” he says.

“They have a beautiful innovation campus in Wollongong, they really know what works and have had success.

“Solving industry problems has been the key, industries whatever that maybe – tourism, agriculture, education.”

The total cost of the new Bega Valley Innovation Hub is around $580,000, aside from the Federal Government funding, Bega Valley Shire Council is investing $50,000, Bega Cheese $50,000, and Bega Chamber of Commerce $10,000, with the balance being made up by UOW.

This week’s announcement comes off the back of eight years of work building a culture and an acceptance that a regional community traditionally aligned with farming, tourism, health and aged care, can add technology and innovation to the mix. 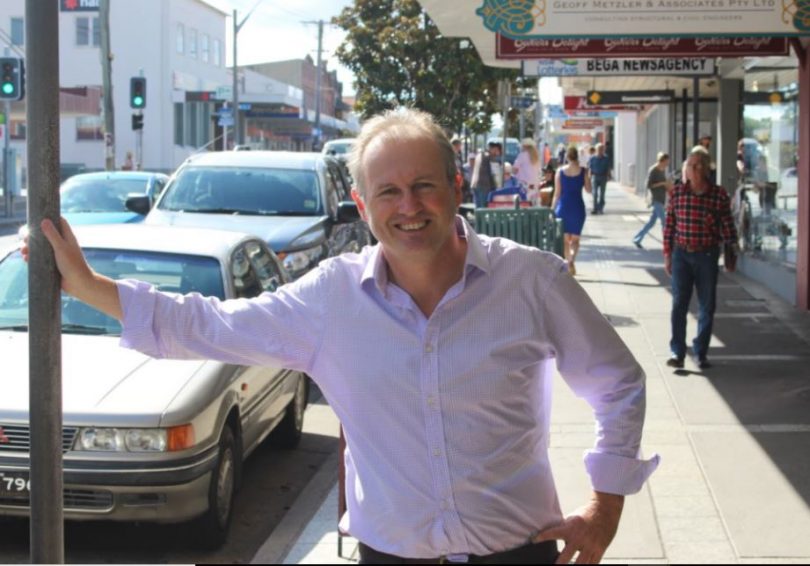 “In 2011 we had our first start-up camp and it has grown every year, Innovation Week in 2016 moved us up to an entirely new level; culminating in the Ag-Tech Field Days early this year,” Mr O’Duibhir says.

“This is a natural evolution, we have been able to achieve something structural, something real, out of grassroots toil and endeavour.

“And from year dot we have been inspired by, cultivated, and learned from, what’s happening in Canberra with Lighthouse Innovation and the Canberra Innovation Network,” he says.

“The Canberra community has been front and centre in making this happen.”

Mr O’Duibhir says there is still much work to do to make the hub a reality, he expects plans to ramp up in early 2019.

When it comes to any missing pieces in the Bega Valley’s innovation future – poor mobile phone reception and internet speeds are often raised.

“For some people, its a roadblock they can’t get past, for others its another challenge they meet head-on and navigate,” Mr O’Duibhir says.

“Now that we have this big innovation hub, perhaps that will help with our advocacy on those issues.”

Wendy Johnson - 2 hours ago
One of my top picks for a facial is Jindii Eco Spa at Australian National Botanic Gardens. The spa is beautiful, spacious and... View
Opinion 29

Charny Barney - 2 hours ago
Yes - lets build more trams - first to Woden, then everywhere else in Canberra. It's brilliant. We have roads everywhere, so... View
Charny Barney - 3 hours ago
Magical thinking! Brilliant and perfect description of lib policies 🤡 View
Geoff Roberts - 5 hours ago
They can afford to offer the world because they know they have no chance of forming government. View
ACT Election 21

t2owe - 14 hours ago
I really don't care about what they say about the Libs. Given the antics of the Barr government, just how much more damage co... View
t2owe - 14 hours ago
How about a change of government. It's way over due,. ACT government is consult in name only, and planning is off the wall.... View
News 5

JS9 - 15 hours ago
"But Mr Lawson said he would have thought a Greens party would be opposed to the infill project getting underway that would h... View
News 8

Daniel Duncan - 16 hours ago
Another reason to vote Barr and his crony's out. View
ACT Election 15

Acton - 16 hours ago
You do not dispute the fact that Barr = high rates, but appear to have some conceptual difficulty with 'nothing else matters'... View
russianafroman - 18 hours ago
Maya123, All Labor has done for us is build chic apartments for the rich. The Liberals are looking out for the blue collar bl... View
JC - 18 hours ago
People should also be asking what Coe equals. Because it isn’t overly clear. We know they stand for everything that “anno... View
Lifestyle 2

dolphin - 17 hours ago
why did they bother? View
News 1

Shane Westmore - 21 hours ago
TfNSW has never had a desire to run this service for whatever reason... i would once every month or two travel between Sydney... View
Business 6

Garry James - 22 hours ago
It totally f.... ridiculous View
Daniel Oyston - 23 hours ago
To understand, all you have to do is look at how fit most of our politicians are. When was the last time you saw them exercis... View
Gregorïo Bîskït Kïlcher - 1 day ago
People need to pull their heads in and get on with life. View
Lifestyle 4

UPDATE - 6:00 pm: The storm has passed through the region, with no hail reported, however, our gallery of images...
Lifestyle 7

A Sydney-based taxi driver who visited the South Coast while potentially infectious with COVID-19 has sparked the latest alert from...
What's On 1

The Canberra Liberals have unveiled a suite of policies designed to drive down the cost of motoring in the ACT,...
Opinion 29

The first week of the election campaign proper has come and gone, and one thing is clear - no one...
ACT Election 21

As the election nears, how do we ensure the voices of ordinary voters are heard? We're in election forum season...
ACT Election 15

One day a week of free early learning for three-year-olds and 400 more teachers and support staff for ACT public...
ACT Election 19

On The Campaign Trail today, the Liberals put light rail back on the agenda, Labor focuses on maternal and prenatal...
News 33

The ACT Government has announced tough new measures to stop horses entering Namadgi National Park as part of its 2020...
Opinion 16

@The_RiotACT @The_RiotACT
A Canberra transport company is taking Lifeline's messages to the streets of Canberra and the South Coast https://t.co/eQ8NVzS1qc (16 minutes ago)

@The_RiotACT @The_RiotACT
ACT Policing has confirmed that a 40-year-old man has died following a single-vehicle accident on Uriarra Road this morning. The incident occurred shortly before 7:40 am https://t.co/Dub5SeuxdZ (27 minutes ago)

@The_RiotACT @The_RiotACT
Labor has committed to payments to disadvantaged families of between $400 and $750 per student to cover education expenses if they're re-elected in October https://t.co/bxZndrK4EG (1 hour ago)