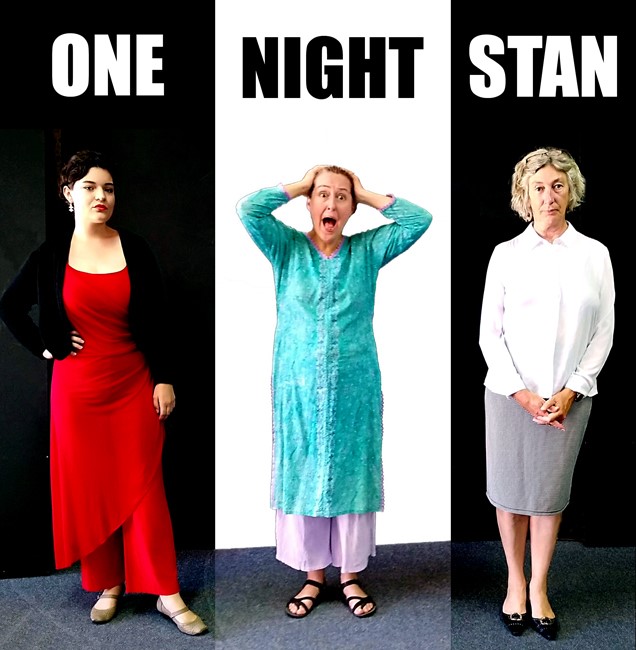 Pambula based Footprint Theatre are playing at Short+Sweet Canberra this week. Photo: Supplied.

Regional theatre group Footprint Theatre will take to the stage in Canberra this week performing three 10 minute plays at the Short+Sweet Theatre Festival.

The Pambula based troupe has had an association with Canberra Short+Sweet since 2012, and have staged four plays at the festival, including Driving the Holden, Call Out, The Waiting Room and Slow Dating.

Director Lis Shelley says, “We’ve been extraordinarily lucky this year to have all of our entries accepted for the capital’s biggest short play festival, a great achievement for a small regional theatre company.”

One Night Stan by Adam Szudrich was performed locally as part of Footprint’s Spring Shorts production in Bega and Merimbula in 2017.

The script has won at numerous short play festivals around the world including Short+Sweet Hollywood.

Directed by Lis Shelley, the play is a comedic love story told by three very different women about their date with the mysterious ‘Stan’.

Original cast member Sarah Dangers from Tura Beach returns in the Canberra production as ‘Rachel’, while Bega actor Jennifer Willcox will play ‘Holly’ and Elizabeth Brennan from Cobargo will play the role of ‘Marie’. One Night Stan will be staged each evening at 7.30 pm from Tuesday 17 to Friday, April 20.

In the play, Jill recruits her friend Sally to help investigate why her dog Barney seems to be gaining weight since Jill’s husband Darryl has taken over evening ‘walkies’.

Seventeen-year-old Lochiel writer and performer Anna Auer’s play, Still Life, has also been accepted for week one of the festival.

The black comedy monologue about a surgeon and a rivalry between two artists was initially written as a drama assignment for school. This will be the second time one of Anna’s plays has been performed in Canberra. Security Blanket was performed by Anna and other students from Eden Marine High in 2017 at ActingUp! 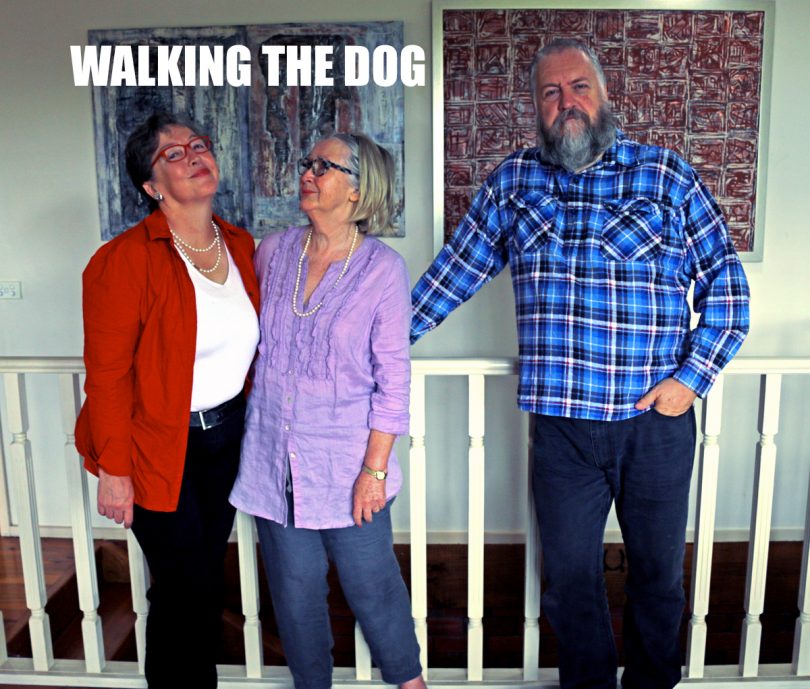 Short+Sweet runs until April 28 with a program of 10-minute plays. Photo: Supplied.

“If anyone from the Far South Coast is in Canberra over those two weeks, we’d love to see them in the audience supporting our actors,” Lis says.

“One of the prizes is the People’s Choice award, which is determined by the audiences that attend the festival.

“Audience members can vote for their favourite two plays from the ten staged at each performance.

“There are also awards for acting and directing and script, awarded by anonymous professional judges who attend,” Lis says.

The top 10 plays from the thirty finalists at the festival will be invited to play again at the Gala Final, with shows at 2.30 pm and 7.30 pm on Saturday, 28 April, where the winners will be announced.

Short+Sweet Canberra is at the Courtyard Studio at the Canberra Theatre Centre and bookings can be made at www.canberratheatrecentre.com.au or by calling 6275 2700.

Paul Mathews - 1 hour ago
my neighbour cuddles up with his BARKING DOG, eh Chris View
Shane Jasprizza - 12 hours ago
Been on for about a month already 🤷‍♂️ View
Kelly Hartas - 15 hours ago
Hell yes View
Lifestyle 4

The major shareholder of Public Bar in Manuka and the founder of Canberra's largest accounting firm, Walter Turnbull, has taken...
News 35

@The_RiotACT @The_RiotACT
House records continue to tumble across the ACT. Check out the house that set a new record for Conder and Tuggeranong https://t.co/z8QlJdIB6a (58 minutes ago)