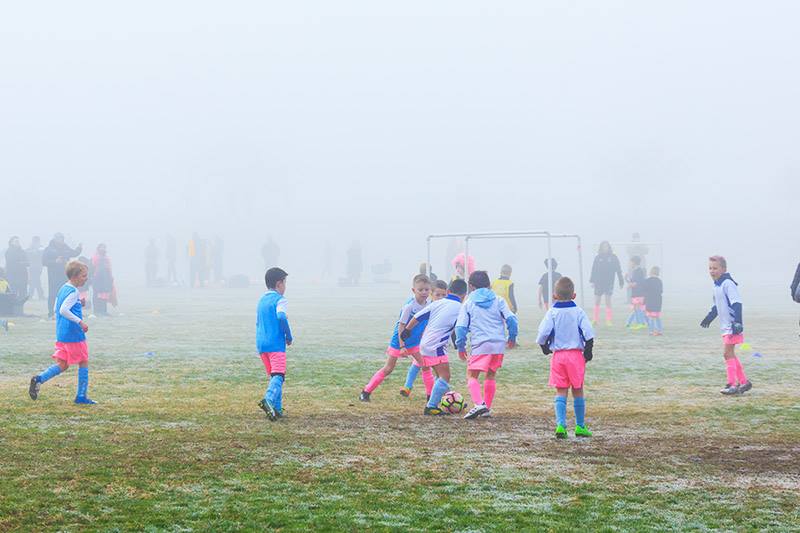 Hawker football fields will be sparkling with pink this Saturday. Photos: Supplied.

This will involve over 900 boys, girls, men and women’s players wearing pink beanies to help highlight the significance of the cause.

BCNA board member and breast cancer survivor, Cate Hale, expressed her gratitude for the club’s efforts to raise awareness and offer support for those affected by breast cancer.

“It gives me hope,” Cate said. “I think it is important to keep it in the forefront of people’s minds.

“As a person that has actually gone through it, you actually feel supported and it is a very visible feeling of knowing that you are not alone.

“The conversation is continuing and even though you may have survived it, the people going through it now are getting that same level of support.” 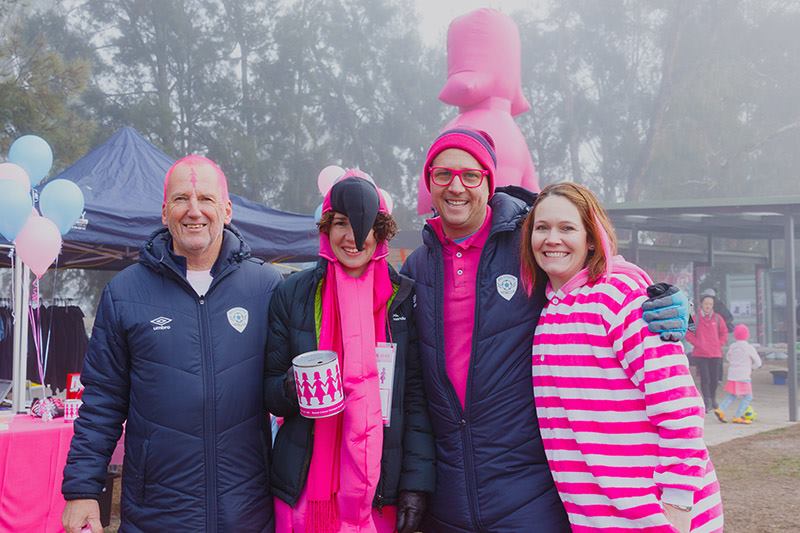 The support and camaraderie shown over the last two years highlight just how much the fundraiser has grown.

Last year saw Belsouth players wear pink shorts and raise an astonishing $20,000, which smashed their first-year efforts where they raised $7,000.

The support and camaraderie shown over the last two years highlight just how much the fundraiser has grown and positively affected people in the Canberra region – especially for those directly affected by breast cancer, who can at times feel overwhelmed and unsure of what the future holds.

“This gives people a very tangible and real way of being able to respond to it, so in the face of feeling like you don’t know where to look, it gives people something real to go to participate and be part of it all.

Seventy teams across the Belconnen-based club will represent pink on Saturday and Belsouth president Andrew Higginson says what he hears across the grounds on the day has him in awe.

“The talk on the day is amazing,” Andrew said. “It touches everyone on the day where there are mothers, grandmothers and daughters who talk about it and you are blown away by the number of people. It just opens up that ability for people to be able to talk about it.” 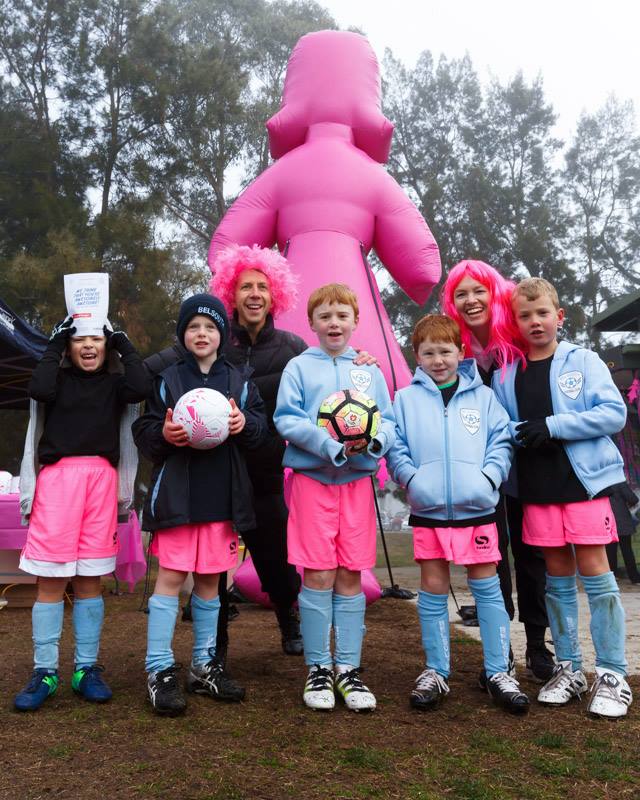 Seventy teams across the Belconnen-based club will represent pink on Saturday.

In 2018, Andrew hoped the club would rack up $10,000, but the tremendous support contributed to that amount being doubled, which displayed the club’s strong community spirit.

“It is a buzz, but I guess it shows we are a community in ourselves, but we like to give back to the community we operate in,” Andrew said. “Breast cancer impacts every family in our club, everyone knows someone who has had it or survived it or not survived it.

“As well as fundraising for BCNA, it is also about raising awareness for yearly checks and all of those sorts of things.”

Mick Smith - 4 minutes ago
We need to bear in mind it wasn't Maccas that put in the proposal. It was the shopping centre owners, Chisholm Village P/L. View
Francisco Antonio Vega - 42 minutes ago
Vander Leal Maccas View
Vander Leal - 48 minutes ago
Are you talking about Maccas or the Tav? Nonetheless, you still can do that either way. View
News 28

Chris MacDonald - 25 minutes ago
There’s always going to be a tension between genuine high-speed point to point rail, and a service that stops at towns on t... View
Chris MacDonald - 31 minutes ago
Alan Rose busses are terrible for anyone larger or with mobility issues. The trains at least offer proper toilets and caterin... View
Damaris Wilson - 39 minutes ago
Train is safer and more comfortable. View
Property 13

Steven Chaytor - 2 hours ago
I have a different take to most. Perhaps they should have got it right first time and zoned for 140. The price paid would hav... View
Gabriel Spacca - 3 hours ago
Recent news stories have highlighted the need for development to include green areas, and trees to mitigate the warming effec... View
Neenie Baines - 5 hours ago
Shiva Sapkota good points. Hoping it settles in once trees grow... not that there’s enough trees... View
Food & Wine 19

HiddenDragon - 4 hours ago
"....but we’re not really in a position to think properly about what those suburbs are going to be like 15 to 20 years down... View
Robin Dearlove - 5 hours ago
Yesssss! View
Roderick Saunders - 5 hours ago
Julie Maynard room for a deciduous tree and a double garage View
News 99

Rachael Lizars - 4 hours ago
Spending beautiful Canberra nights with my best friends, chanting A! C! WHAT? A! C! T! View
Craig Sutton - 8 hours ago
Watching David and Jayden Lewis win the Goodall Cup together. Now my son is a mad Brave fan and wants to win the Goodall Cup... View
Opinion 86

When corporate landlords dream at night, they dream of buildings like Garema Court. Fronting Garema Place, the landmark block in...
News 33

It should not have come as a surprise that the ACT Government would opt for a wire-free run to Commonwealth...
News 21

The 1.7 kilometre extension of light rail from Alinga Street to Commonwealth Park via London Circuit will be wire-free, in...
News 33

A development application to open a McDonald’s restaurant at Chisholm has been rejected by the ACT Planning and Land Authority (ACTPLA)....
News 31

Upgrading the Canberra to Sydney rail link so it can provide a faster service has been listed as a priority...
News 24

@The_RiotACT @The_RiotACT
Take the train to Sydney? Upgrading the Canberra to Sydney rail link so it can provide a faster service has been listed as a priority project by Infrastructure Australia https://t.co/2E03hw3qx5 (4 hours ago)

@The_RiotACT @The_RiotACT
ACTPLA's rejection of the proposal to open a McDonald's on the Chisholm Tavern site has been welcomed by local business owners, who say the plan had a significant effect on local business & highlights the issue of high rents at the shopping centre https://t.co/F3urPYbkXt (6 hours ago)