The call for Canberra’s Best Curry drew quite a few nominations for a range of restaurants across Canberra. In the end, the taste off came down to Rama’s in Pearce and Indian Affair in Phillip.

To set up on an even footing we ordered dishes that both restaurants had on their menu. Lamb Madras, Palak Paneer, Dahl and rice with Papadams. 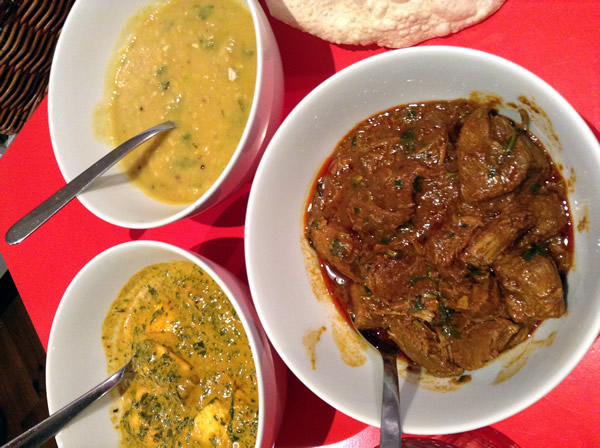 We started with Rama’s. I have been a fan of Rama’s for a while so was pretty happy to see it in the final two. We ordered and my husband went around to collect (I have small children – dining in isn’t often an option). He was pretty impressed with the friendly service. The order was waiting and they confirmed all the dishes to ensure they were in the bag (this makes me happy – there is nothing worse than getting home, cracking the top off a beer and realizing your rice is missing). 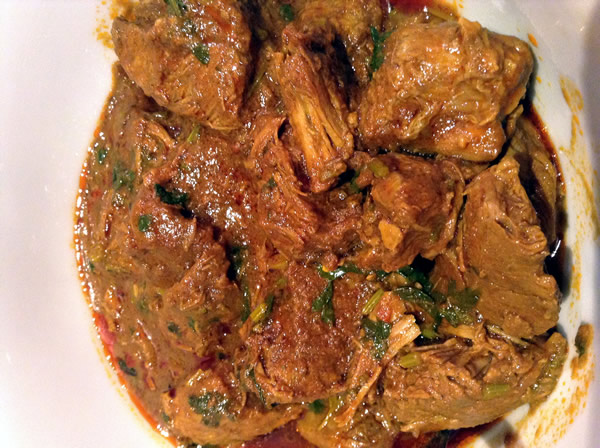 It’s been a while since we ordered a curry so we both enjoyed it immensely. The smells, the flavours, the creaminess – all assisted by the happy addition of a couple of bottles of Kingfisher. The Lamb Madras was the star of the show for our Rama’s meal. The pieces of lamb were big enough to really notice but tender and melt in the mouth. The sauce was creamy without being heavy and hot without removing all sense of taste from the experience. The Dahl too was delicious although hotter than I had expected. I was a bit disappointed in the Palak Paneer as the cheese pieces were a bit too big and the cheese was a bit chewy and overcooked. The sauce though was very nice. Papadams were a good size and crisp. 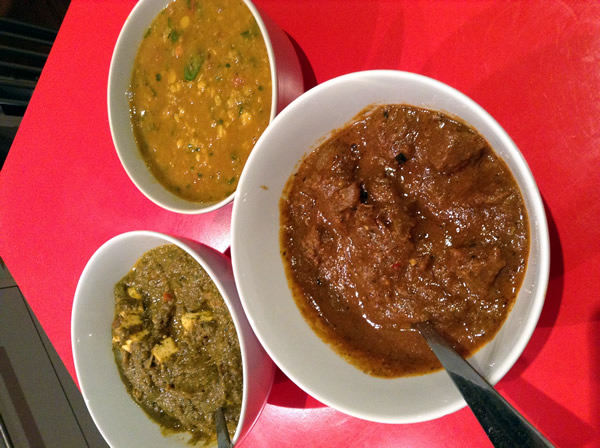 We ordered the same from Indian Affair (although their Dahl was made from red lentils compared to Rama’s which was yellow lentils). The pieces of lamb in the Madras were smaller than those from Rama’s and got a bit lost in the heavier sauce. It was good though – certainly not a curry to be sniffed at. The Palak Paneer was streaks ahead of Rama’s with the cheese a much more pleasant consistency. The Papadams were disappointing though – small and not quite ‘puffed up’ as I would hope. They looked like something I would produce if attempting myself, which is no great shakes. 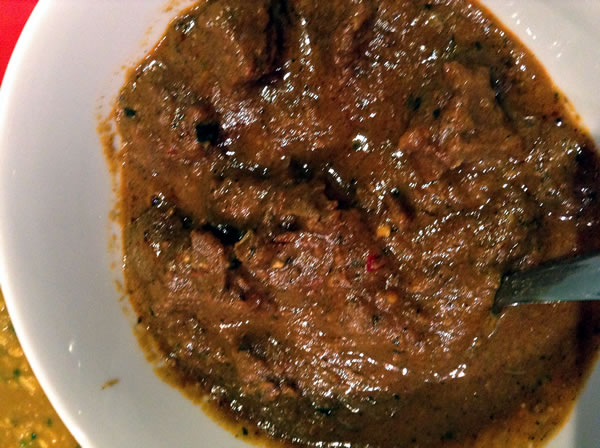 Both measured up pretty much neck and neck for price, although this was dependent on the 10% discount for takeaway at Indian Affair.

For me, Rama’s was the better experience. It didn’t sit as heavy on my stomach or leave me with that slight buyer’s remorse that curry sometimes can. That being said, Rama’s is Fijian Indian, whereas Indian Affair is North Indian. My husband thoroughly enjoyed Indian Affair as the flavours reminded him of the curries primarily found in his hometown of London.

As I am the writer I will declare Rama’s the winner, as those pieces of lamb in the Madras really were quite something. But, take it as you will. If you enjoy a heavier, richer curry, Indian Affair may be your match.

nice review. At the end, it comes down to the Indian flavors and personal opinion.
Well, i am going for the lunch and digging in to rama’s for now :p

We went to Mirchi, a little place in the Platypus shops, just off Mirrabei Drive last weekend. Lovely, although they drowned our Samosas in raita. Plenty of food and pleasant service. Frequented by South Asians, which is always a good sign!

Mirchi is one of the very few places I eaten enough to feel uncomfortable. Just one more bite……

Ramas’ lamb saag is the bomb. Best thing they do by a fair stretch. I’ve eaten there a thousand times.

We went to Mirchi, a little place in the Platypus shops, just off Mirrabei Drive last weekend. Lovely, although they drowned our Samosas in raita. Plenty of food and pleasant service. Frequented by South Asians, which is always a good sign!

glad i’m reading this at lunch time; though pity i am too busy to get out for any… ;(

i notice both of these south side – what are the best northside options?

Gertraud Bell - 14 minutes ago
Chris Montgomery people are planting eucalyptus trees in their gardens, not realising how big they grow or that they are pron... View
Martyn Noakes - 1 hour ago
Brian Ashcroft have you been along the cycle track along the creek in Evatt and Flynn, huge eucs with deep roots in covered a... View
Chris Montgomery - 2 hours ago
Brian Ashcroft they only blow over cause their root system is higher than they should be. Most eucs that blow over are on fro... View
Sport 1

Canberra’s best vegetarian eats when the menu is meats

@the_riotact @The_RiotACT
Meet Joel Tyrrell - who after touring the world playing #music is now operations manager at the new @TransitBar https://t.co/v9SjttwQjF (45 minutes ago)