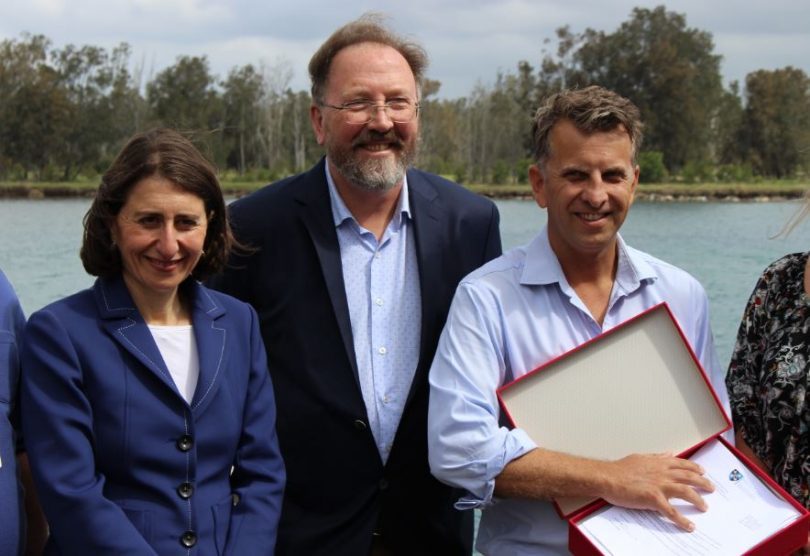 Five months out from the NSW Election, it’s easy to be cynical about politicians making announcements worth $175 million dollars. As the NSW Premier and the Member for Bega did just that on October 31 in the Bega Valley and Eurobodalla, comments about “pork barrelling” and “buying votes” filtered through the live feed on About Regional Facebook.

Given political history and the contest that rightly comes with a seat in parliament, it’s hard to argue against that point of view. However, most seem happy to see progress on two significant local issues.

Today’s big ticket item was $150 million to build a new hospital in the Eurobodalla.

The future of the Shire’s current facilities at Batemans Bay and Moruya will be decided during the long process ahead, but Premier Gladys Berejiklian and Member for Bega Andrew Constance announced that a new hospital would be developed on a greenfield site at a location that is yet to be decided.

Construction will commence in the next term of Government.

“We are looking forward to getting cracking and building this,” Ms Berejiklian says.

“This is a big deal and the community can be confident that we are going to build this hospital.

“We have built so many new hospitals in rural and regional New South Wales and it’s now time for the Eurobodalla to have its own hospital.” 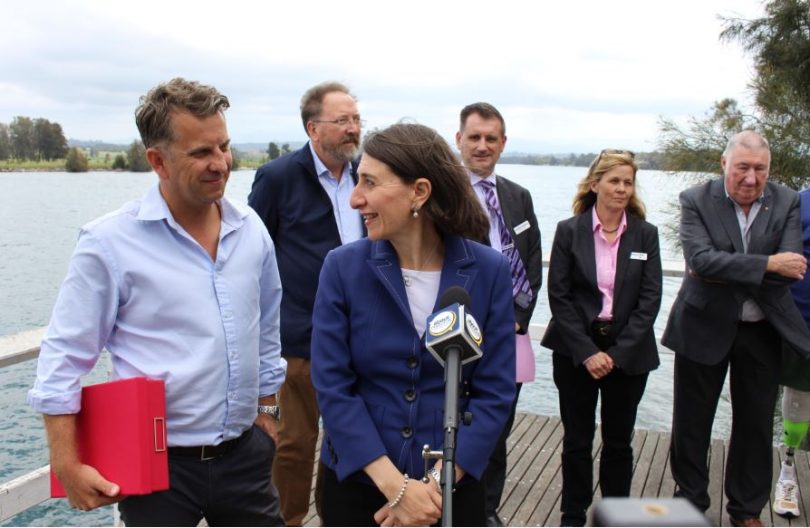 In a way, Mr Constance says the hospital is already being built with the completion of the Clinical Services Plan in the last 12 months.

“We will form a Community Reference Group that will be led by medicos to work through some of the issues ahead,” he says.

“We don’t have intensive care here and we have patients travelling hundreds of kilometres for services that should really be here in the Shire.

“We have got to find a substantial site, one that can be built on in 50 years time, we don’t want a landlocked site.”

Mr Constance hopes parochial interests will be put to one side as discussion starts on a location that will serve all residents between Narooma and Batemans Bay.

Moruya based GP, Dr Michael Holland who recently led a petition of 3,000 plus signatures calling for one new hospital for the Eurobodalla says, “This is almost as good as my daughter’s wedding.”

“I have witnessed thousands of births and this is right up there. It will bring new life to the Eurobodalla,” he says.

LIVE with NSW Premier Gladys Berejiklian in Moruya, $150 million for a new hospital in the Eurobodalla, location to be decided.“This is better than my daughters wedding!” -Dr Michael Holland.Ian

“This is something we have campaigned for, for a long time,” says Bega Valley Mayor, Kristy McBain.

“We have a huge shire and a very small ratepayer base and for us to deliver these water filtration facilities on our own would have been a mammoth task and taken years and years to deliver.

Cr McBain says, residents can do a happy dance knowing that boil water notices during heavy rainfall events will be a thing of the past.

“And the residents of Bega, Kalaru, and Tathra will be happy to know they’ll be able to put their washing through and get white clothes back out,” she says.

With designs ready to go, the Mayor says the Brogo-Bermagui upgrade will start shortly, with planning and construction for Bega – Tathra to follow.

The run up the coast for the Premier started at Bega Valley Rural Fire Service headquarters in Bega, with Ms Berejiklian stopping to thank firefighters for their recent efforts on the 20,000 hectare Yankees Gap Fire.

“It’s wonderful to have you [Ms Berejiklian] back here without smoke and helicopters in the air,” RFS Superintendent John Cullen joked.

The Premier commended the volunteers gathered and wished them well for the challenging season ahead.

With that, Cobargo and Wolumla RFS brigades were officially given the keys to new four-wheel drive firefighting vehicles.

“These two state of the art Cat 9 vehicles are replacing vehicles that date back to 1987,” Mr Cullen says.

“We’ve seen the value of these tankers in the rugged country around here.

“Particularly their mobility, with two people who can get quickly to spot fires and knock them out, they played a pivotal role in saving Tathra Public School.”

LIVE with NSW Premier Gladys Berejiklian, in Bega to thank firefighters and launch two new trucks for Cobargo and Wolumla.Ian

As I travelled the road between Bega and Moruya following this money trail, other issues of local interest played out on the sideline hoping for a similar resolution.

A number of live issues remain for the contest of ideas ahead as the election campaign builds towards March 19.

Treena Loiterton - 13 minutes ago
Geoff Richardson what about dumping every single record about war/defence on the steps of the memorial and getting them to ke... View
Richard Grainger - 4 hours ago
That building is simply storage. The cost that the Archives desperately need funding for is to digitise the records. A lot of... View
News 64

Ray Ez - 43 minutes ago
Tiger Fit so no memorials for anyone?? Did you think that maybe this sort of thing helps a lot of veterans? View
Ray Ez - 45 minutes ago
Ian Pearson you do understand the consultation was not a vote? They asked for people’s opinions. They are under no obligati... View
Ian Pearson - 60 minutes ago
Concur - while Stalin might have said that numbers have a quality of their own, presumably the NCA did not agree. View
Business 1