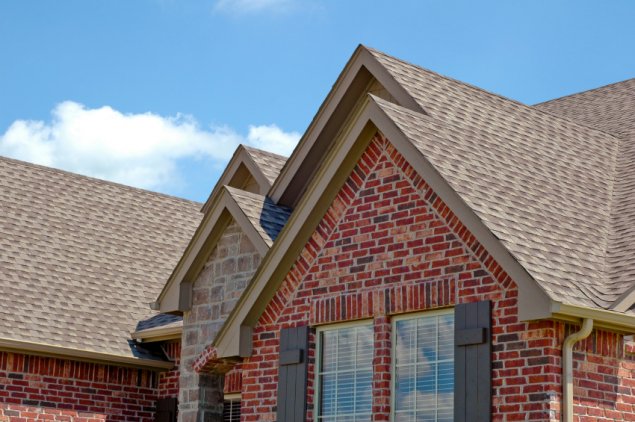 Canberra households should be on high alert to the activities of a travelling con man who is knocking on doors promising roof painting and roof restoration services, warns Attorney-General Simon Corbell.

The warning comes after a Canberra man reportedly paid several thousand dollars to have roofing work undertaken. However, only minor work was performed and the resident is now unable to contact the business.

The con man reported to Canberra authorities used the name ‘John’ and claimed to work for ‘J&J Roofing’. He has a thick Irish accent and may be part of a larger group. Other householders may, therefore, be approached by these itinerant traders.

Corbell said that Canberrans continue to be at risk of being ripped-off by itinerant traders, who knock on doors and offer services including home maintenance, gardening, bitumen driveway sealing, concreting and house and driveway painting.

“These people take payment in advance but do very little work, if any. They may commence the work straight away but, in most cases, they don’t return to complete the job,” he said.

“Please warn your family, friends and neighbours to be cautious when dealing with anyone who knocks on their door offering a service.

“These people are part of a large group who try to scam as many people as they can before they move on to another part of Australia.”

If someone knocks on your door offering a service, Corbell’s office recommends asking the following questions:

Other tips to protect yourself against a travelling con man include:

Don’t be tempted by unexpected cheap deals because they may cost more in the long run. If you are unsure, say no.

“Itinerant traders are brazen and have been known to drive consumers to their bank or an ATM to withdraw cash so they can be paid. Don’t ever be pressured in this way. The trader may take your money and not do any of the work that was promised,” Corbell said.

“While some people work for, or operate, legitimate businesses that go from door-to-door, a number of people seek to scam residents and take advantage of their trustworthy nature.

“If you decide to engage a business to do any work on your home, shop around for a quote that suits you and your budget, use established tradespeople who provide written quotes, ask for references from previous clients, and don’t sign anything until you are ready.”

If you think you have been approached by a con man, call the National Travelling Con Men Hotline on 1300 133 408.

Julie Macklin - 4 hours ago
Rheyce Spears Did your mother and grandmother have male guarantors? View
Andrew Dale - 6 hours ago
A 1 bedroom apartment is all you will get for 350k View
Julie Macklin - 6 hours ago
Unless a person has a very good income, or have inherited money, they should not be looking at a $700,000 house as their firs... View
Food & Wine 31

Lin Van Oevelen - 6 hours ago
John Moulis The cause of the fires was said to be the fast growing grass and undergrowth because of more rain, so that does s... View
Capital Retro - 9 hours ago
Lets debunk this notion now that climate changed was the cause of the 2019 - 2020 fires. The Ororral Valley fire was ignited... View
John Moulis - 10 hours ago
I'm reluctant to believe this. 1974/75 and 1975/76 were La Nina years. I remember being in Forster in January 1976 and it rai... View
News 17

Lynn Stape - 8 hours ago
agreed... I couldnt think of much worse than cleaning in a hospital at the moment... talk about front line staff.... View
Food & Wine 30

Mel Casao - 11 hours ago
Kevin Lo What ya think of this place? View
Luke Evans - 16 hours ago
Lisa Black I'll be in on that View
Kirrilly McKenzie - 16 hours ago
Anita Patel amazing! Terima kasih!!!! View
Property 56

Capital Retro - 11 hours ago
Volvo said in 2017 that this would happen in 2019. They are probably just virtue signaling. Meanwhile, their Polestar EV JV c... View
Simon Azzopardi - 12 hours ago
Very soon they will have no choice as EVs take over! Better get it sorted now rather than leave it to later.. View
Robert Azzopardi - 14 hours ago
Being on the EC side of things I congratulate the owners of IQ for allowing this project to proceed. I’m hopeful that other... View
News 82

Alan Hopkins - 12 hours ago
do you use the roads? last time I checked they weren't funded by the end user. Btw if you pay so much in rates perhaps you sh... View
Adrian Glamorgan - 15 hours ago
interesting thought View
Adrian Glamorgan - 15 hours ago
You benefit by having a city that isn't as clogged up with cars as it would be if a light rail didn't exist. "User pays" is t... View
Opinion 3

@The_RiotACT @The_RiotACT
The first koala joey to be born at the National Zoo and Aquarium has been officially named. So what's she called? https://t.co/LsECG70PBh (5 hours ago)

@The_RiotACT @The_RiotACT
The January storms may be a sign of future disasters, but even now, 67,000 ACT households may be unprepared for storms this summer https://t.co/B9i7abgx1Y (7 hours ago)