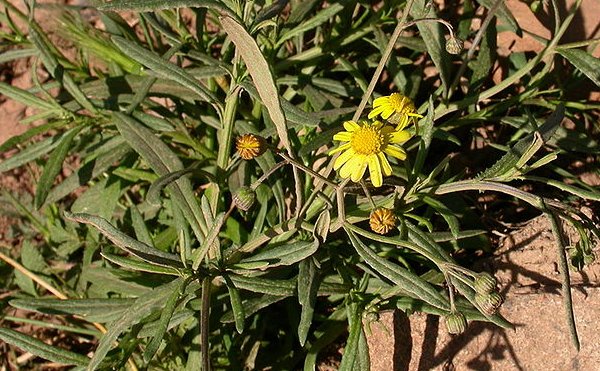 Territory And Municipal Services are warning against the invasion of Madagascan Fireweed:

Canberrans are being urged to be on the lookout for a new incursion of weed species that has recently been identified in the ACT – Madagascan Fireweed (Senecio madagascariensis).

“While the weed is commonly found in the surrounding NSW region, this is the first serious incursion of Madagascan Fireweed in the ACT,” said Steve Taylor, Senior Invasive Weeds Officer, ACT Parks and Conservation Service.

“The first plant was spotted by a member of the public on the Monaro Highway just outside the ACT border and since then plants have been spotted at two other locations in the ACT. These plants have been destroyed.

“Rangers will proactively monitor the areas in which the plants were found.

“Madagascan Fireweed is a small multi-stemmed and vigorous flowering daisy-like plant with numerous bright yellow daisy flowers. Like other daisies, the weed produces fluffy wind borne seeds. Some plants can produce tens of thousands of seeds.”

Mr Taylor said a rapid response to uncover and control the weed will save the ACT significant expenditure in future weed control. 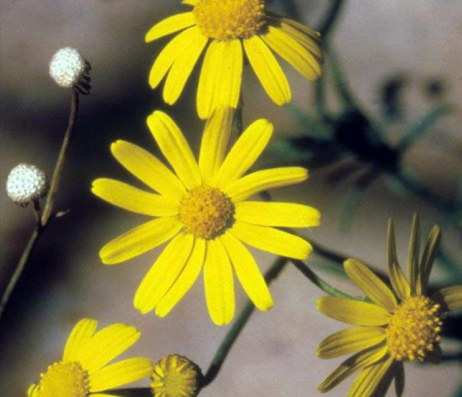 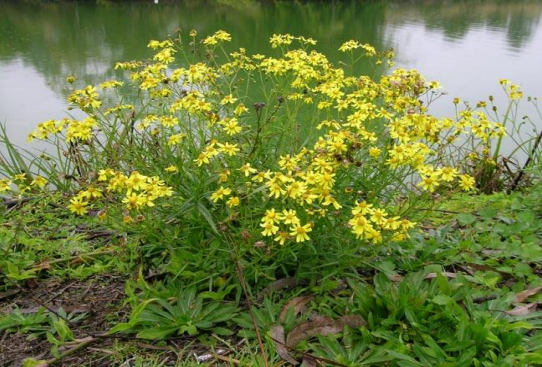 The CSIRO had the problem solved, but then Greepeace came and destroyed their work.

The CSIRO had the problem solved, but then Greepeace came and destroyed their work.

Well thats no ordinary daisy, thats the most foul, cruel and bad tempered flower you ever set eyes on!

Vicki Herbert - 2 minutes ago
Glory Hammer haha. Hadn't noticed but will be on the lookout now.... View
Glory Hammer - 1 hour ago
Vicki Herbert, have you noticed that some of the candidates don't even know how to spell Yerrabi?! Not naming names, but if a... View
Glory Hammer - 1 hour ago
Evan Hawke, your comments appear to have set up a north vs south debate, when this isn't the intent of the article. Peter Elf... View
ACT Election 15

@The_RiotACT @The_RiotACT
There’s a new food van on the block in Belconnen and it packs a ton of nostalgia & amazing Sri Lankan flavours https://t.co/aOH5vJ6z8f (25 minutes ago)